Police: Wrong-way crash kills 3 on I-65 in southern Indiana

Indiana State Police said the incident happened on the interstate near Crothersville around 12:30 a.m. Monday. 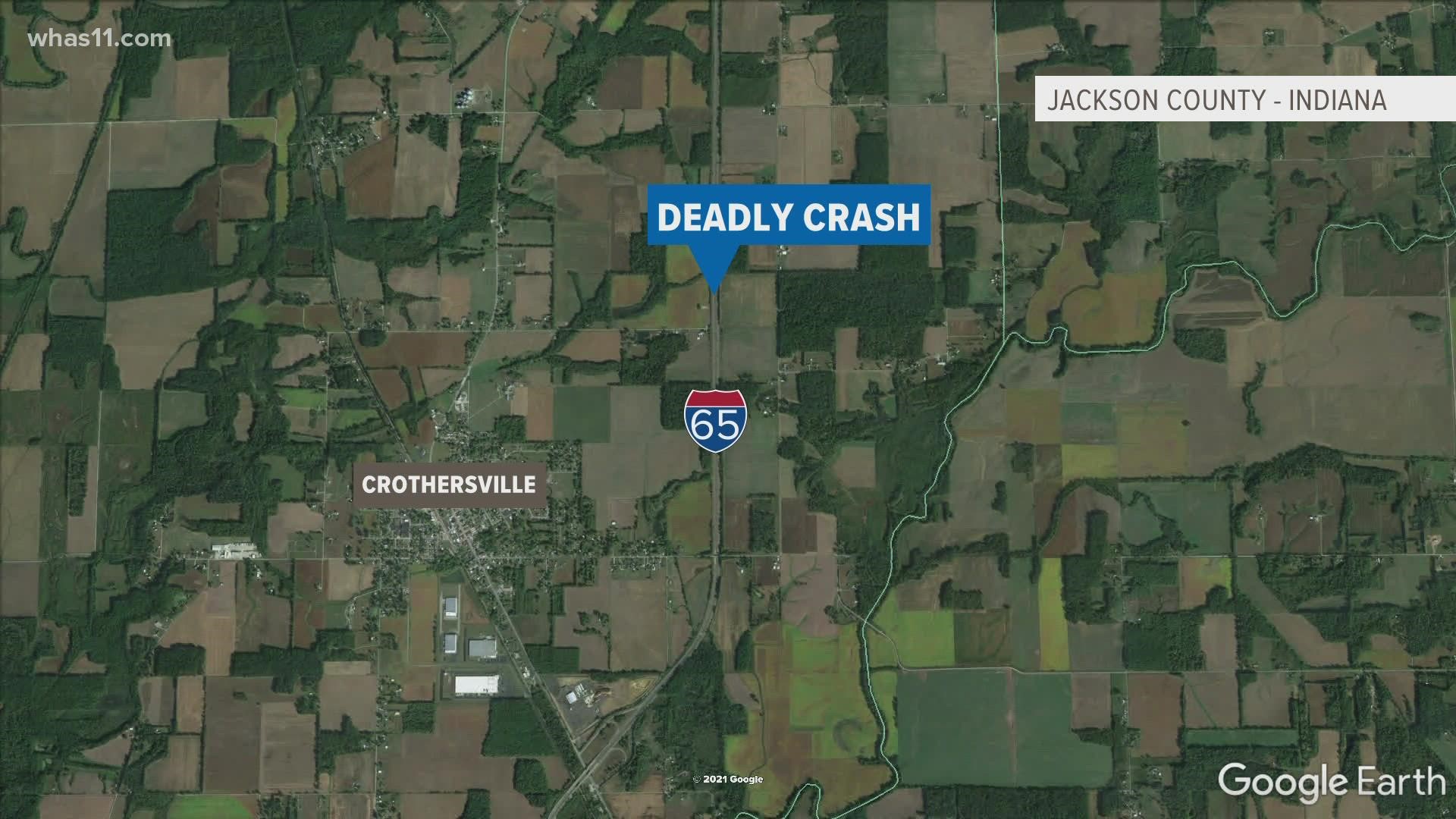 LOUISVILLE, Ky. — An early morning crash on I-65 near southern Jackson County has killed three people and injured another, according to Indiana State Police.

According to a preliminary investigation, a Jeep Compass operated by Kaitlyn Schindler of Marysville was traveling southbound in the northbound lanes of the interstate near the 39-mile marker for an unknown reason.

That’s when her vehicle struck at Dodge Durango head on, killing Schindler and the driver. She was later identified as 26-year-old Chelsea Jo Boston. A backseat passenger, 21-year-old Tapanga Eudy died from her injuries sustained in the crash. All three were pronounced dead at the scene by the Jackson County Coroner.

A third passenger in Boston’s vehicle, 25-year-old Dai Von Coram, was taken to University Hospital by State Flight in serious condition but was later released.

Police do not know if alcohol and drugs were a factor in the crash. They say toxicology results are pending as the crash remains under investigation.

The families of the victims have been notified.

I-65 in the area of the crash was closed for a number of hours while the investigation took place.