More than 21,000 votes have already been cast in Clark County between early in-person and absentee ballots. 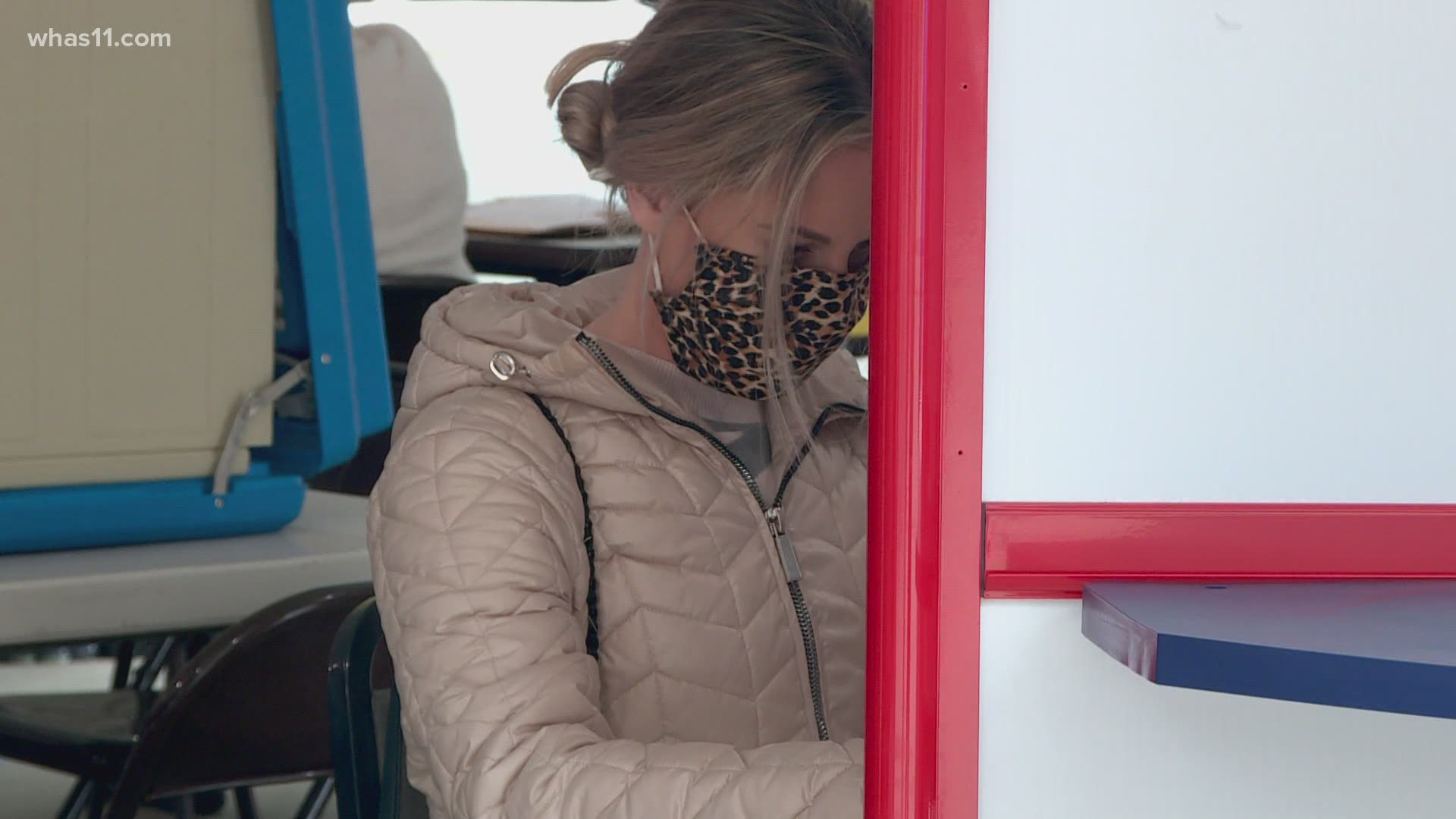 LOUISVILLE, Ky. — We are officially one week from Election Day and Southern Indiana is already seeing larger than expected numbers of voters at the polls. But in an unprecedented election year, county clerks are confident all will run smoothly.

"We have been very surprised. We expected to post some very big numbers based the interest in this election, but we did not anticipate the numbers quite that they're coming in at," Susan Popp, Clark Co. Clerk, said. "We've doubled our absentee which is a combination of early voting and mail. We've already doubled that since 2016."

More than 21,000 votes have already been cast in Clark County between early in-person and absentee ballots. With a week still to go, Popp said she expects this year will be the highest ever turnout.

"Right now we have over 13,000 people that have visited our early voting location and we're not slowing down," Popp said. "We feel like this is just going to be an unprecedented election in terms of turnout, interest, everything."

Over in Floyd Co., about 26,000 ballots have been cast between absentee and early voting.

"We were a little surprised at the outcome so far for the early voting," Floyd Co. Clerk Danita Burks, said.

Burks said lines have moved quickly at the early voting sites, but she said she doesn't know what to expect on election day. Floyd Co. will have 10 polling locations.

"We're using primarily the gyms at most of all of our schools," she said. "If you're going to plan to vote on election day, plan for some time. I don't know how long the lines will be."

As plans are made for both counties to prepare their election day polling sites, COVID-19 cautions are already under way.

"It is a little bit of a challenge keeping people six feet apart but in the meantime we make sure everyone has the appropriate gear on to keep them safe as well as the workers safe," Popp said.

"We will stay here until we have it done," she said. "We're not going to stop opening and counting ballots until were finished."

Both clerks said they're still waiting on between 1,000-2,000 absentee ballots, which they remind need to arrive at the clerks offices by noon on Election Day.