The judges were in Indy for a conference. Detectives say that they were involved in a disturbance at a White Castle but they do not believe it had anything to do with judicial duties. 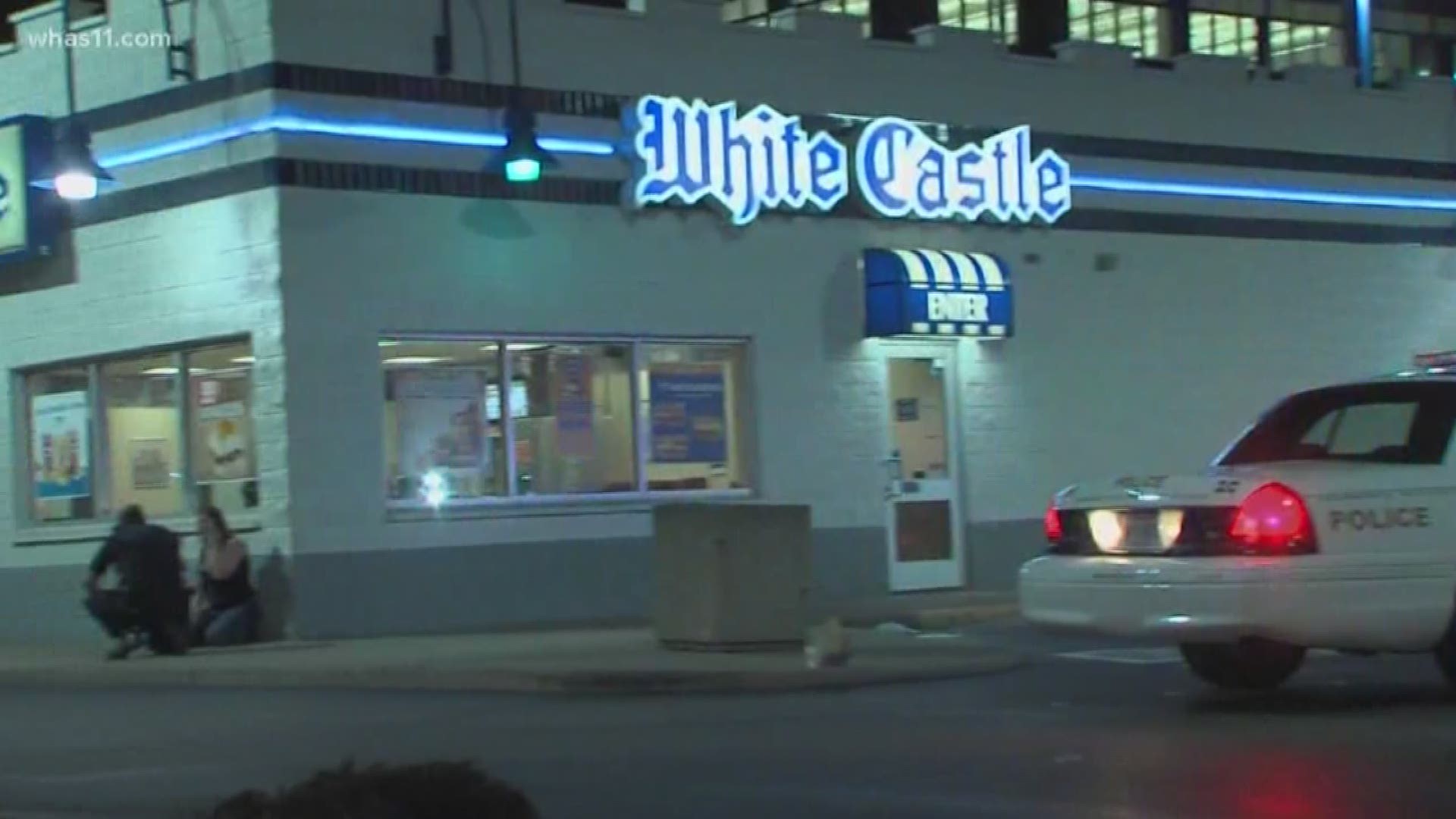 INDIANAPOLIS — Two Indiana judges are in the hospital after getting shot in Indianapolis early Wednesday morning.

The judges were identified as Andrew Adams and Bradley Jacobs.

According to Indianapolis Metro Police, officers were dispatched to reports of a person shot outside of a White Castle a little before 3:30 a.m. When they arrived, they found the two men with gunshot wounds. The men were taken by EMS to the hospital and rushed into surgery. Both are currently stable.

Police have released video showing moments before the shooting. See it here.

Jacobs and Adams were visiting Indianapolis for an educational conference. Detectives say that they were involved in a disturbance at a White Castle parking lot, at 55 W. South Street.

According to witnesses, the victims and two others visited area bars and restaurants into early Wednesday morning. They attempted to go to a bar near the White Castle but found it was closed. They went to the White Castle and the two victims waited outside with another person while the fourth person went inside.

Another group of people pulled into the parking lot and found the doors of White Castle locked when they attempted to enter. It is not clear what was said, but words were exchanged between the two groups, leading to a fight. Shots were fired, striking Adams and Bradley, and the suspect fled the scene.

The Indianapolis Metropolitan Police Department said they believe this case is an isolated incident and there is no threat to public safety.

A vigil was held at Jeffersonville's St. Paul's Episcopal Church for the two judges.

The pastor at the church said the judges are respected men of the community.

"They are well-respected. They are well-known and they really care about the individuals that come in front of them," Nancy Woodworth-Hill, rector and co-pastor at St. Paul's Episcopal Church, said.

Woodworth-Hill knows the judges through a program called Clark County CARES. Both of the judges are a part of the CARES program. It is a task force that addresses the opioid crisis in Clark County.

"When you think of judges, you think of somebody harsh and sentencing, and these guys are kind of the opposite. They want to help," Bulleit said.

She said she was shocked to learn of the Indy incident.

Adams and Jacobs have served the judicial branch since their election in 2014.

"Indiana Chief Justice Loretta Rush received terrible news this morning that two Indiana judicial officers were victims of a shooting overnight. The Indiana Judicial Branch holds educational conferences throughout the year and judges from across the state are in Indianapolis for one of the continuing education learning sessions that begins today. Chief Justice Rush expressed her deep sadness upon learning of this violence..."

Dolan met with the judges and their families today.

She released the following statement:

“Our judges across the state are heartbroken to learn of this violent act against our colleagues," Dolan said. "We send our prayers for a speedy recovery for both Judge Jacobs and Judge Adams and our love and support to their families and the Clark County community.”

Another Clark County judge was in Indianapolis for the conference. Dolan said, "[Vicki Carmichael] is shocked to learn of the overnight violence involving her fellow judges."

An update on the judges' conditions will be given Monday, May 6 at 2 p.m.