The families that built the original drive-in theater in Clarksville said they are "heartbroken" by what it has become. 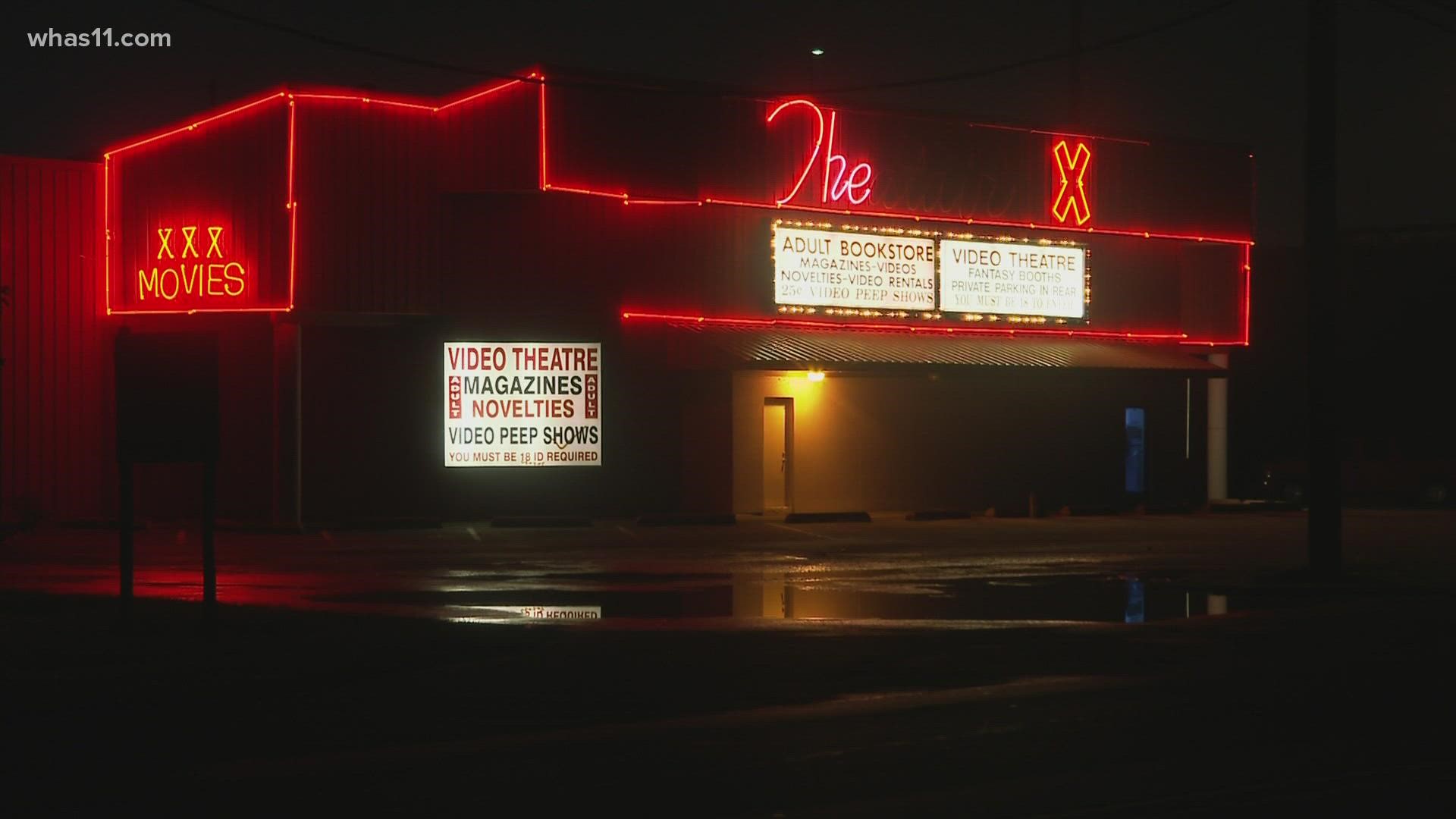 CLARKSVILLE, Ind. — Many around Kentuckiana know it for the scandal, the neon signs, and the X rating.

Theatair X has been home to police raids, arrests, and it was eventually forced to shut down. But after a lawsuit and ruling from a federal judge, the business is back.

FROM 2019: Town council votes to close adult superstore in Clarksville

"I am mortified," Patti Gilchrist said. To understand who Patti is, we need to tell you what Theatair was - before the X.

The place first opened in 1949. It was the "Golden Age of Cinema," and Theatair was one of southern Indiana's first drive-in theaters.

"My parents would get us dressed in our jammies in the summertime, before the sun went down, and take us to the drive-in," Lee Ann Harp said.

Harp's grandfather, Robert Harned, was an original co-owner of the drive-in.

"It was just magical," Harp said. "Intermission came and we would go see my grandmother at the restaurant."

That's right - there was a full restaurant inside Theatair.

"They even let me as a little girl pop the popcorn in the back kitchen, which was a great memory for me," Patti Gilchrist said.

Patti Gilchrist is the daughter of Keach McAllister, the other original co-owner.

For them, this was a family place. It was home to sacred memories like Gilchrist's wedding.

"My husband was going to Vietnam and so we had to move the wedding up and the only venue we could get was the theater," Gilchrist said. "So, that's where the reception was for my wedding over 50 years ago."

As time went on, the theater took a few hits. The creation of Interstate 65 plowed through part of the property, pushing them to close a second screen they'd installed.

Competitors came in, and by the 70s, the families sold Theatair to another drive-in company, who then turned around and sold it again.

"And before we knew it, we're talking maybe a year, maybe not even that long, it turned into Theatair X," Harp said.

Theatair X became a drive-in for adult movies - they even had to put panels up to block the view from I-65.

After that, it became an adult bookstore and was forced to shut down in 2019. Now, after suing the town of Clarksville, Theatair X is back and licensed through Dec. 31.

Both families are now demanding it be shut down.

"We're horrified and heartbroken and to this day it still hurts," Harp said.

Patti Gilchrist added, "Such a priceless piece of our family history was destroyed by something so indecent."

From a Golden Age to a red one, Theatair X lives on - until the next challenge in court, which could see a new fight in 2022.