This past Saturday, Lt. Scot Ames Jr. was killed when his T-38C Talon trainer jet crashed near Montgomery, Alabama. 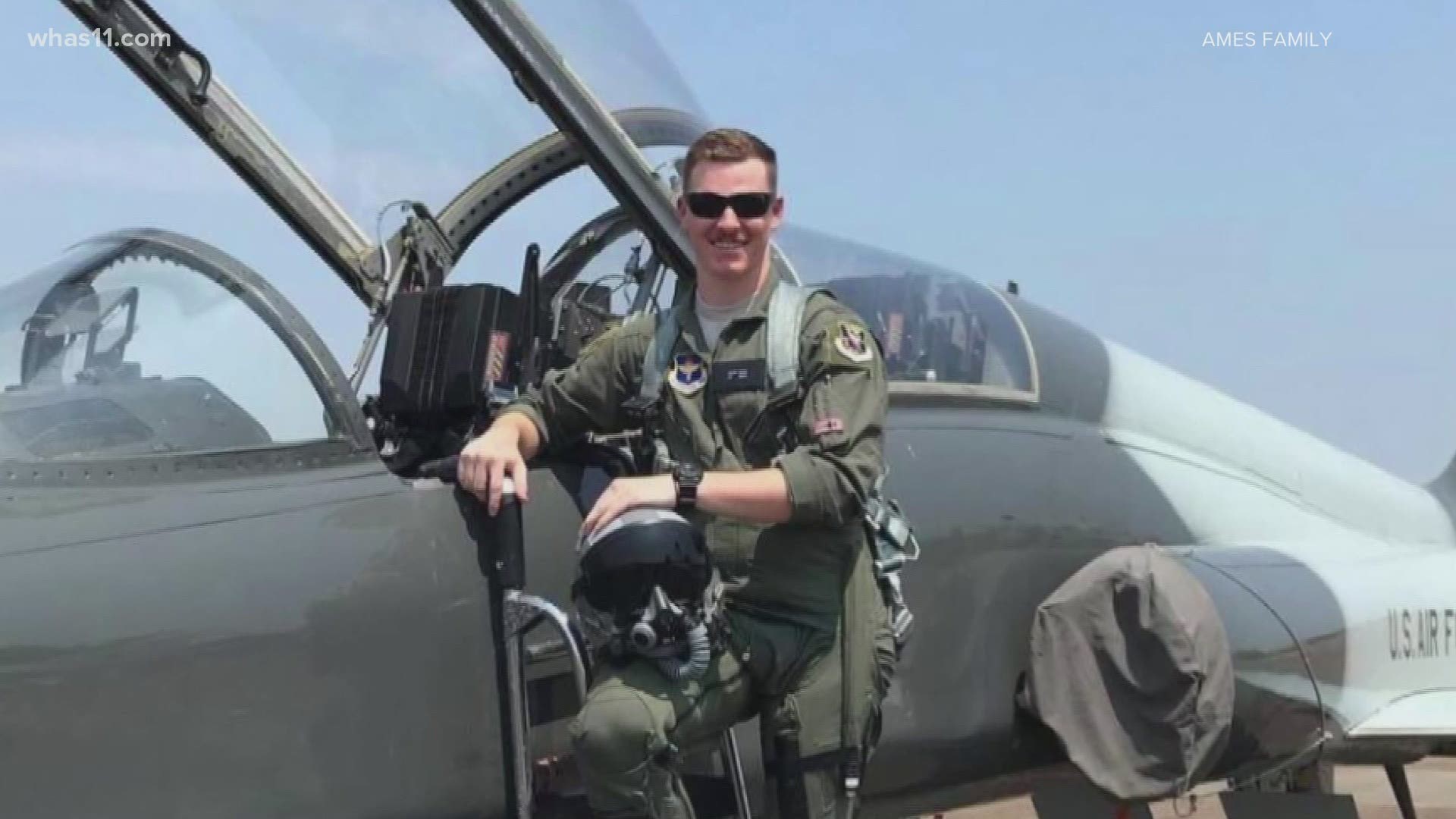 MONTGOMERY, Ala. — Lt. Scot Ames Jr., used to roam the halls of Eastern High School in Pekin, Indiana. The 2014 graduate played football and baseball during high school, but he had his goals on something bigger.

Farris coached Ames and says the young man lead by example. He never wanted to be the center of attention, but people just gravitated towards him.

This past Saturday, Ames was killed when his T-38C Talon trainer jet crashed near Montgomery, Alabama. Word of his death spread quickly throughout his hometown and now those that knew him are left to grieve.

"He was a young man that was fulfilling a dream, and starting a family," said Farris. "There were many thoughts going through my head when I found out."

During high school, we're told Ames was a hard worker, on and off the field. And even at a young age, Ames already had qualities that would help him with his dream job of being a pilot.

"His hard work and commitment to being a student-athlete carried over to what he was doing currently," said Farris.

Despite graduating in 2014, Ames' legacy still continues at the high school.

"If you wanted to take a student, and say this would be your model student, Scot Ames would fit into that mold."

The Columbus Air Force Base is home to the 14th Flying Training Wing, The wing’s mission is specialized undergraduate pilot training.

“We are a close-knit family and the loss of two of our teammates affects us all,” Col. Seth Graham, 14th Flying Training Wing commander, said at a Saturday press conference.

The cause of the incident is under investigation. The pilots were flying a training mission.

The jet crashed at about 5:30 p.m. Friday near Dannelly Field in Montgomery.

Marshall Taggart, executive director of the Montgomery Regional Airport, told news outlets that the aircraft crashed in a wooded area near the airport. Taggart said there are houses in the area, but the jet did not hit any structures.