Robert Moss is a patient care assistant at Clark Memorial Hospital who became a patient himself after contracting the virus last May. 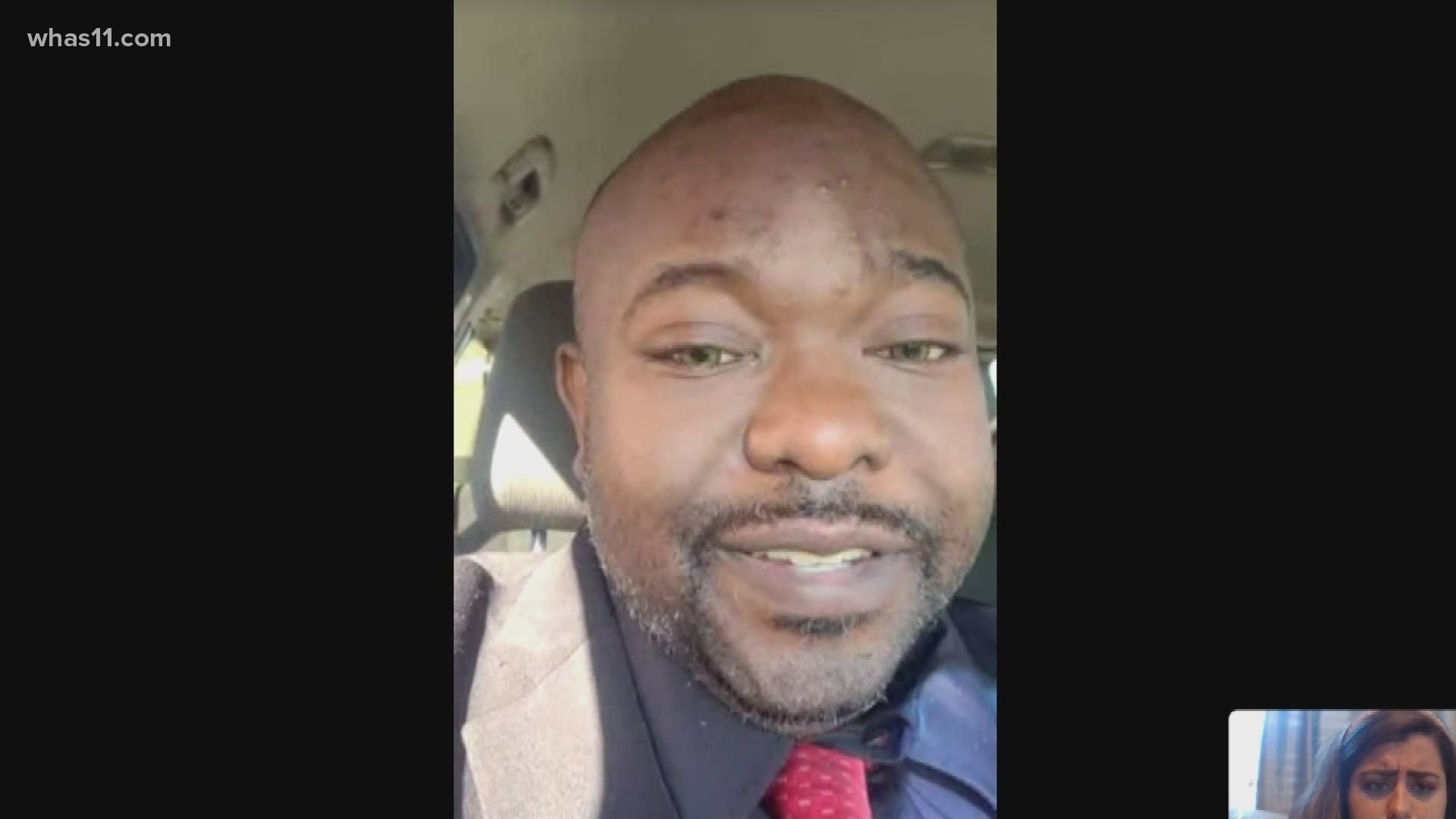 CLARK COUNTY, Ind — A Southern Indiana man was forced to make his at-home dialysis machine a nightly routine after recovering from COVID-19 in May.

“Just before I go to sleep, I hook up, and in the morning I unhook,” said Robert Moss.

Moss was hospitalized for a month after testing positive at Clark Memorial Hospital, where he usually works as a Patient Care Assistant.

“I had to go back in because they found blood clots in my lungs and leg,” Moss explained.

It happened only weeks after his release. Moss said the first time he tested positive for coronavirus, his symptoms included a fever and some dizziness. During round two, he was having trouble breathing.

“I ended up on a ventilator. I accidentally woke up and pulled it out because I didn't know what was going on, and I didn't have a voice for three weeks," he described.

Moss remembers being scared, as medical professionals continued to discover effects of the virus.

“During one of the treatments they had lost me, but a nurse happened to come in and she brought me back,” he said.

The 40-year-old now said he needs a new kidney.

“I found like a lot of people are having kidney failure afterwards, also,” he said. “I’m still fighting, I’m still here.”

Moss’ condition is keeping him from returning to work, but he’s watched from home as co-workers turned friends got the vaccine.

“I want to ask my doctor and see if I can get it, should get it right now,” he said.

His conversation with WHAS11 News happened the same day that some healthcare workers in Clark County received their second dose of the vaccine.

“This is the big step, this is the last one. In about two weeks, I should have full immunity. I am really excited for what that means for the community and everybody,” said Clark County Health Officer Dr. Eric Yazel who explained that they could begin administering the Moderna vaccine to the public as early as next week, by appointment.

“I just want to see things get back to the way they were. I think we've lost enough people,” Moss said.

Moss has lost two friends in the last month because of the coronavirus and hopes in 2021 his community will use caution.

“Some people think you just wear your mask, you're safe. I had to wear a mask, I wore a gown, gloves, every day going in out and of people's hospital rooms, and I still got it.”

He said washing hands and socially distancing are equally important.