Police said the victim was in the roadway when he was struck by the deputy Monday night. 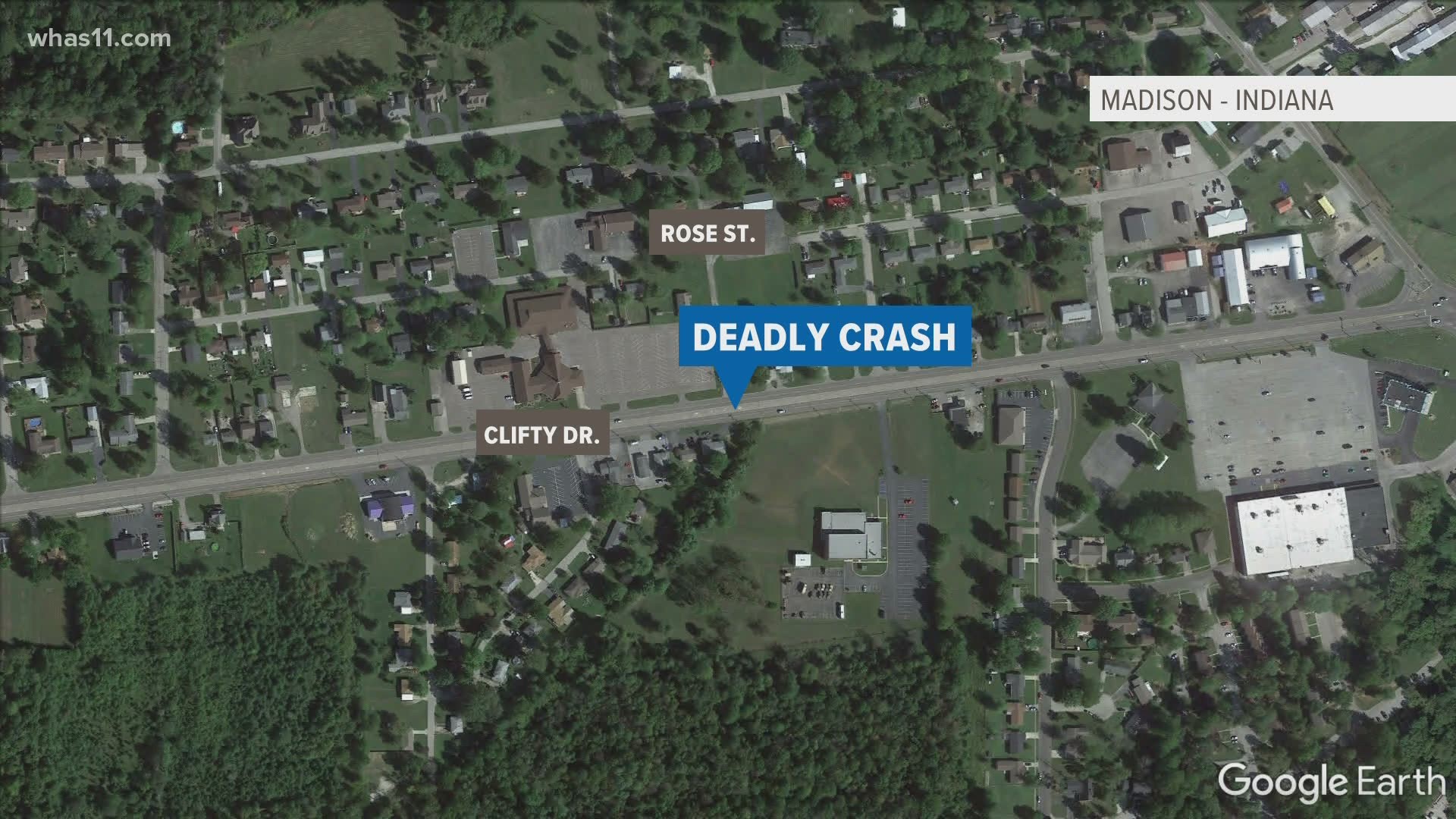 LOUISVILLE, Ky. — Indiana State Police are investigating after a Jefferson County, Indiana deputy’s vehicle struck and killed a person on a skateboard.

The incident happened around 10 p.m. Monday.

Police said Deputy James Webster was off-duty but driving his department issued SUV westbound on Clifty Drive near Rose Street in Madison, Indiana when he hit 22-year-old Hunter Robinson who was in the road on a skateboard.

Robinson died at the scene, Deputy Webster was not hurt.

ISP said toxicology results are pending, however, drugs and alcohol are not suspected to be factors.

Police are also looking for an operator of a light-colored SUV/Crossover that may have been involved or witnessed the crash.