No one injured in Sellersburg house fire, authorities investigating cause

Authorities are working to determine if an explosion happened when a house on North New Albany Street caught on fire Wednesday morning. 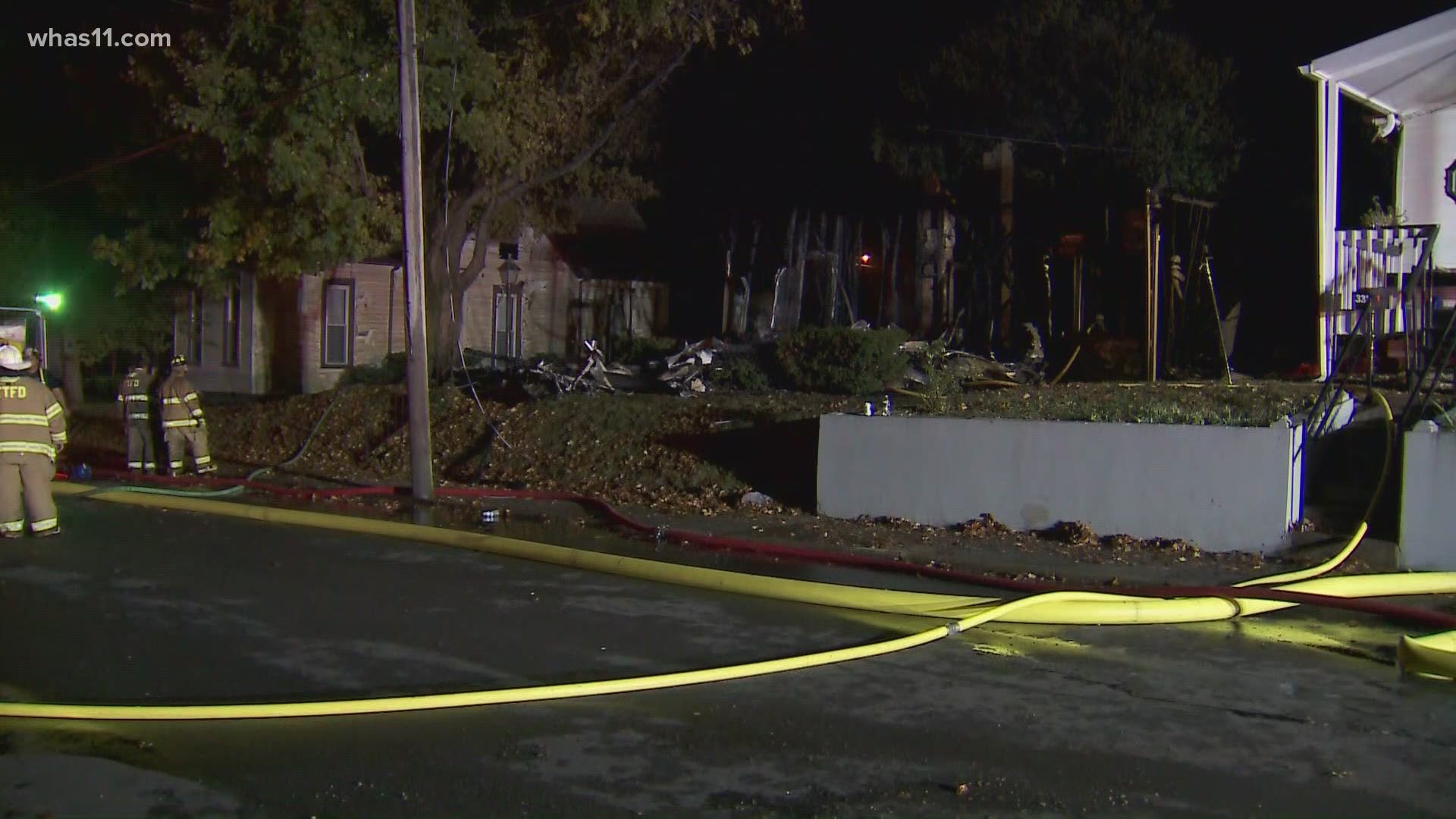 According to Chief Amir Mousavi with the Tri-Township Fire Department, a report of a house fire and possible explosion in the 300 block of North New Albany Street came in around 1:20 a.m.

When crews arrived, no one was in the home. Chief Mousavi said everyone who was residing at the home was at work when the fire started. No one was injured.

The Fire Marshal will investigate the cause of the fire and determine whether an explosion occurred. As crews investigate, gas and electricity have been turned off to nearby neighbors.

Credit: WHAS
Firefighters said no one was injured when a house in Sellersburg exploded around 1 a.m. on October 21, 2020.

Neighbors said they heard a loud bang, then saw the fire when they went outside.

"We heard a loud explosion and it shook the house," Monty Beaver, a neighbor, said. "I got up and I looked out the window and all I [saw] was a red ball of fire."

A user on Snapchat posted the following video around 2 a.m., showing the smoke coming out from the house.

Two neighboring houses were damaged by the heat and fire, according to Chief Mousavi. The siding of one house was heavily damaged and an upper bedroom also sustained damage.

Editor's Note: An earlier version of this story reported the incident as a house explosion. While the report came into Clark County dispatch as an explosion, the fire marshal has to investigate before officials can confirm that an explosion happened.