The Lucy Higgs Nichols statue, which was just put in the gardens one year ago, was defaced early Friday morning. 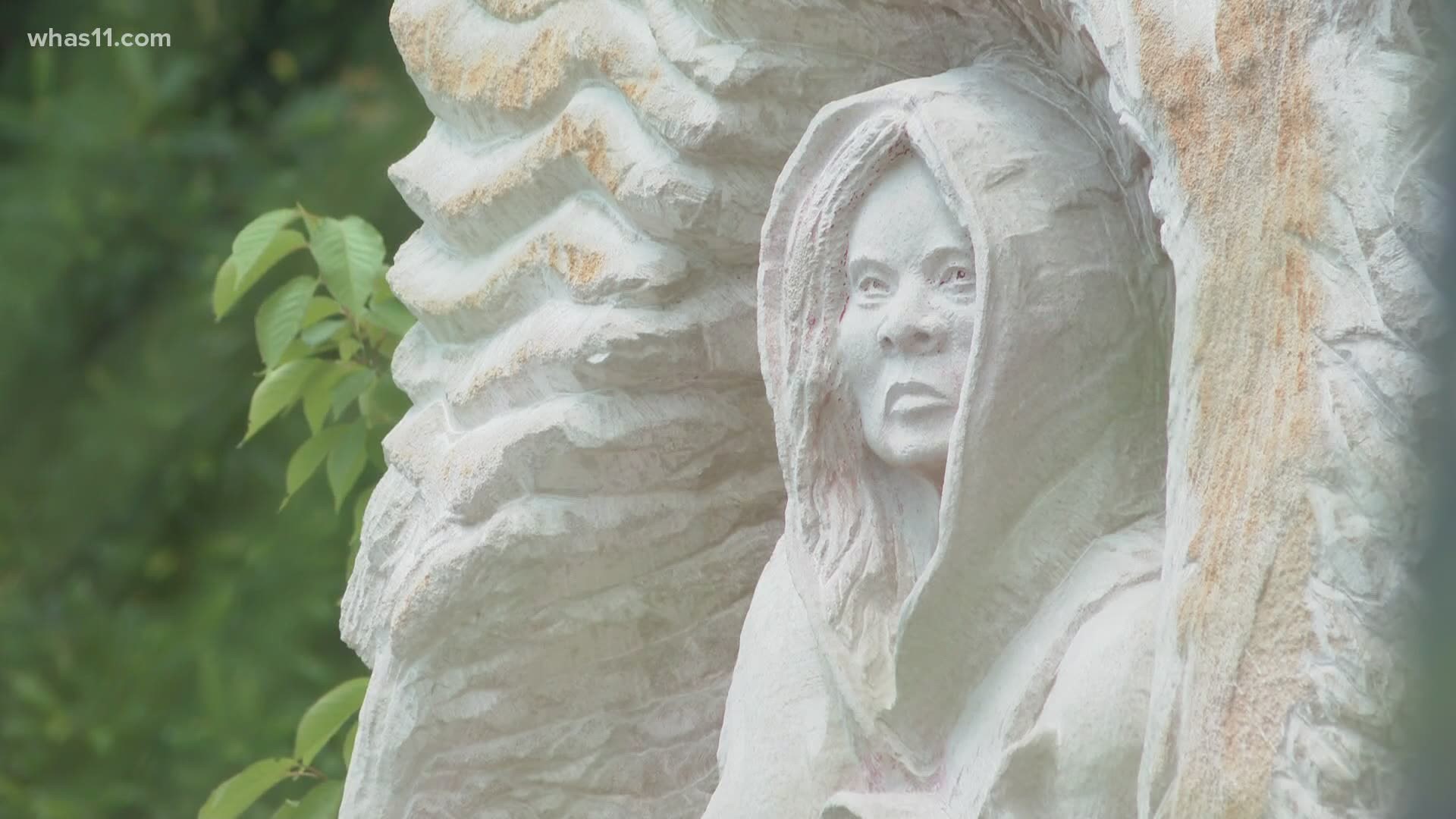 NEW ALBANY, Ind. — A nonprofit in southern Indiana is working to raise funds for a security system at the Underground Railroad Gardens in New Albany after a sculpture there was vandalized.

The Lucy Higgs Nichols statue, which was just put in the gardens one year ago, was defaced early Friday morning.

"It was like being punched in the stomach," said Jerry Finn, the treasurer of the nonprofit Friends of the Town Clock Church. "Hard to believe someone would do this."

Red spray paint covered the faces of Lucy Higgs Nichols and her daughter on the sculpture. BLM was painted on the side.

"The fact that it was such a community effort to make this happen, it wasn't just an assault on that sculpture, it was like a public affront to this community," said Finn, who helped to put the sculpture in the Underground Railroad Gardens.

The gardens was a community project that now sits behind the Second Baptist Church in New Albany. The statue is meant to honor and remember Nichols, who escaped slavery and worked for the Union Army as a nurse during the Civil War. When she returned to New Albany after the war, she was a member of the church.

"She's such a part of the history," said Finn.

Finn said the community stepped in to help after her statue was vandalized.

"We just got hundreds of people who said how can we help?" he said. "Literally within four hours we had raised $2,000. As of this morning we've raised about $5,000, and that money is going to be used to put in a security system here not only in the gardens but in the church itself as well."

Finn said he hopes to install the security system by the end of the week to make sure nothing like this happens again. Donations to help fund that security system can be made here.

Red flecks of paint were still visible on the sculpture on Monday, but Finn said he plans to keep them there as a reminder of how prevalent racism is today.

"I think sometimes people just do things out of hatefulness and ignorance and stuff, but our hope is that places like this can help us understand what has happened over time and why today we still have a lot of work to do to make sure that everybody is treated equal," he said.