'Poor Farm Cemetery' could be moved to make way for development

Officials say the graves could be moved to make way for development at River Ridge's industrial park. 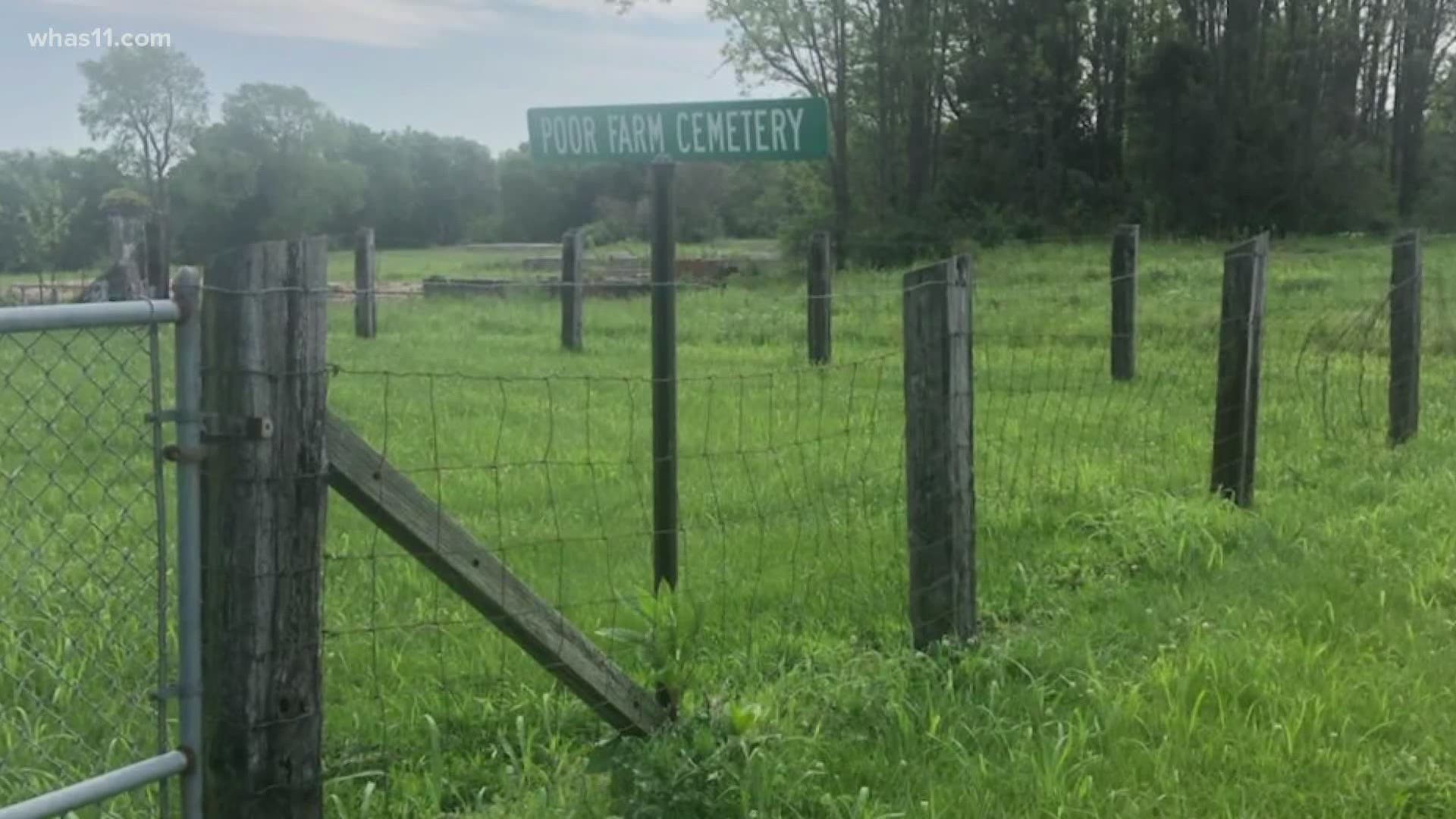 JEFFERSONVILLE, Ind. —
River Ridge is a massive industrial park in Clark County, but it's also home to the resting place called the 'Poor Farm Cemetery’. Some graves there date back more than a hundred years but might soon be moved.

"It's a barren location, and it's been not very well maintained over the years,” said Jerry Acy, the executive director of the River Ridge Development Authority. “This is a site that no longer is a good place for graves. The Army built all around it. We plan to move the sites to a more serene and peaceful place that can be better maintained.”

Acy says the graves will be moved to Caldwell Cemetery nearby.

"It's part of a process for making available the property for job creation for local citizens,” said Acy.

According to Acy, there are at least 27 people buried in the cemetery. Clark County Cemetery Commission President David Abbott says he has proof of several more.

RELATED: `Poor farm' graveyard to be moved from grounds of Indiana business park

"I've got documents that put it over like 75,” said Abbott.

Currently the cemetery has a fence around it, but Abbott says that fence was just put up in 2003, and he has concerns that it includes all the graves.

"There may be graves outside that fence,” he said. “Who knows what's outside of this small area. It's a very small area and we just want to make sure everybody's accounted for and the loved ones are notified."

Abbott says loved ones have already been calling him with concerns about the move.

"These people, it's their resting place,” said Abbott. “I don't have a loved one in there, but I know I would really be upset."

Abbott says his first job is to protect the cemetery.

Acy says the process will be done diligently.

"It's done in a very respectful dignified manner,” he said. “Very process oriented. It's not done in any haphazard arrangement. Everything is treated with dignity and respect."

Right now, there's no timeline when work could start, but Acy says once it starts it could take months to finish.

Abbott says if and when work does start, he'll be there making sure it's done properly.

RELATED: `Poor farm' graveyard to be moved from grounds of Indiana business park