The Ohio River Greenway is a 7 1/2-mile path that connects New Albany to Jeffersonville. Communities celebrated the path with food, balloons, and unicorns. 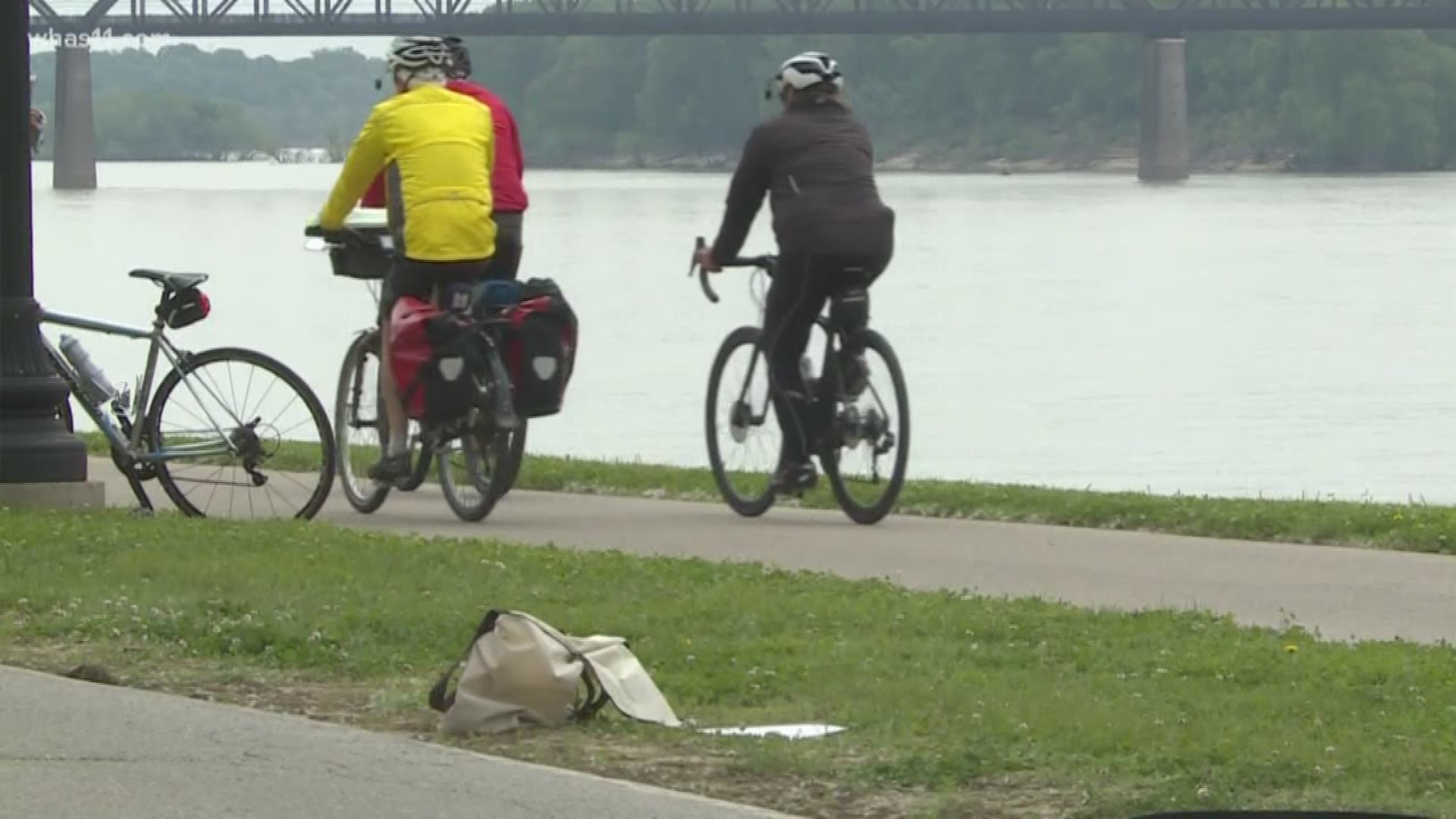 LOUISVILLE, Ky. — Today people celebrated the Ohio River Greenway by biking and walking on the path. It now connects New Albany to Jeffersonville.

It's a joint effort between three communities: Clarksville, Jeffersonville and New Albany. They all made these improvements a priority. Saturday's event was set up to celebrate the connection of the Greenway via the Silver Creek Bridge.

"It makes it easy it makes it safe, it's a great way to come enjoy the Ohio River, the scenery and it's a safe place to be," Alicia Meredith, the Parks Director for the City of New Albany, said.

RELATED: Sidewalk safety a priority for future of Jeffersonville

Bicyclists started at 8 a.m. and rode the 7 1/2 miles, stopping in at stations with food, balloons and in some cases, unicorns. The celebration was the perfect kick-off to summer.

"I think it's great for the kids to come out with their parents, it's really family oriented. I think it's just a great connection to get from Jeffersonville to New Albany," says Paul Beach, a bicyclist with Southern Indiana Wheelmen.

The path already getting noticed.

"It's been packed a lot in just the last couple of months, as soon as we have a nice day, there's hundreds of people out there," says Meredith.

The path isn't completely finished but it is expected to be by the end of the year.