Surveillance cameras at the shop captured the vandal in the act. 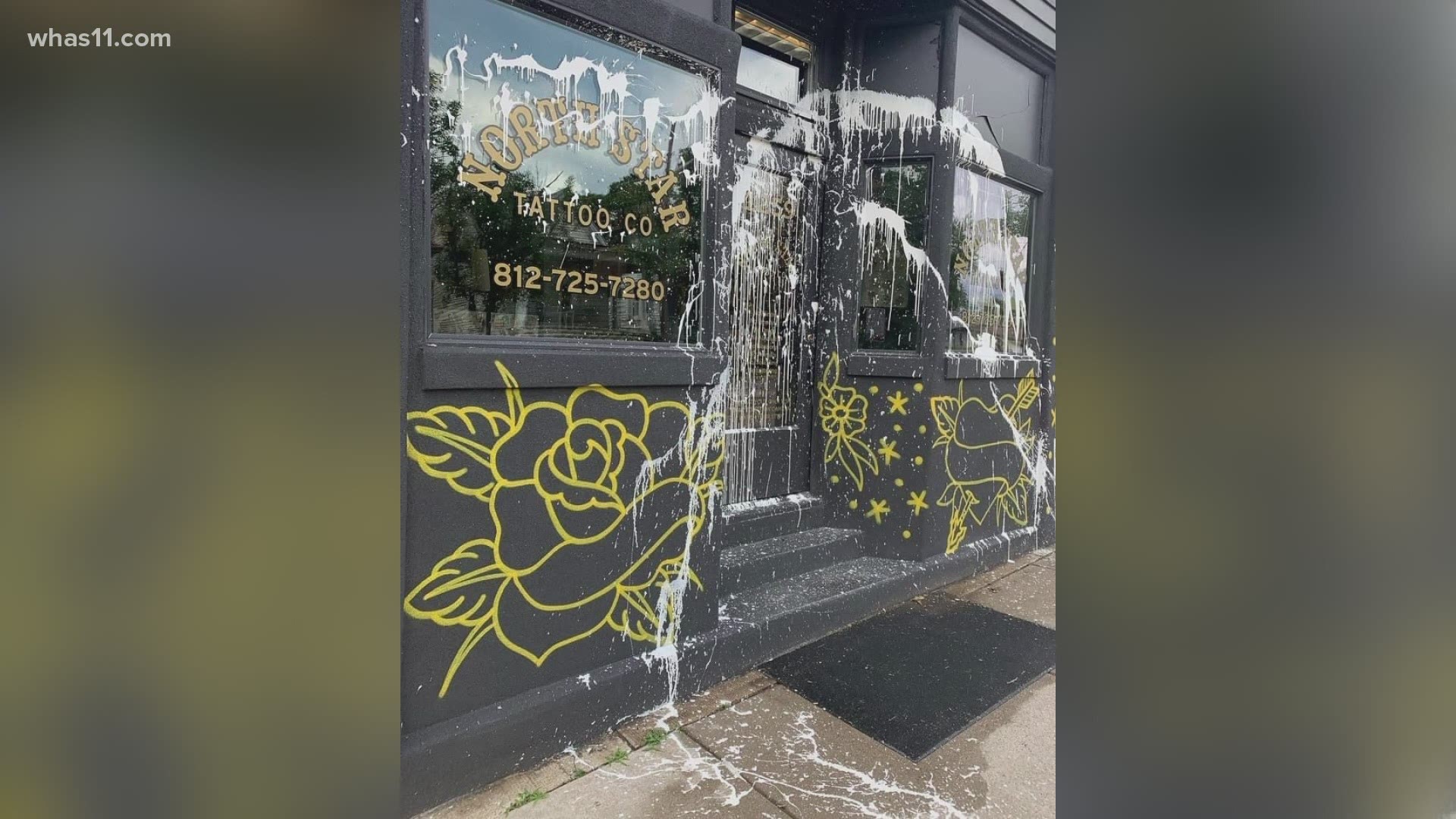 NEW ALBANY, Ind. — While it looks and sounds like any other Wednesday inside North Star Tattoo Company in New Albany, the storefront tells a different story.

"It could just be an act of vandalism, I mean I was a kid, but why would you throw paint on the cool tattoo shop? That doesn't make any sense," said owner Henry Bachmann.

Friday morning, Bachmann woke up to texts and missed calls from people letting him know his storefront had been vandalized. Someone threw white paint on the building, a stark contrast to the black of the building.

"The building is black, the paint is white," Bachmann said. "It is deliberate, just to try and screw up as much as they can."

Surveillance cameras at the shop captured the vandal in the act. As the culprit rides past the shop on his bike, he throws white paint on the building.

The shop has been Bachmann's project over the years, spending hours renovating the business himself.

"I wouldn't do that, I don't know. It sucks. I just hope that when I repaint it, you cant see the white underneath," he said.

After several power washing attempts, the white paint has faded but the majority still remains. Business goes on like normal.

"It didn't feel good, but it also doesn't affect the quality of the tattoos on the inside of the building," Bachmann said. "It is just painted on the front, so we will be ok".

Bachmann said he has chosen not to get the police involved and is hoping the community will recognize the man on the bike. He is offering a cash reward, for anyone that can identify the man involved.