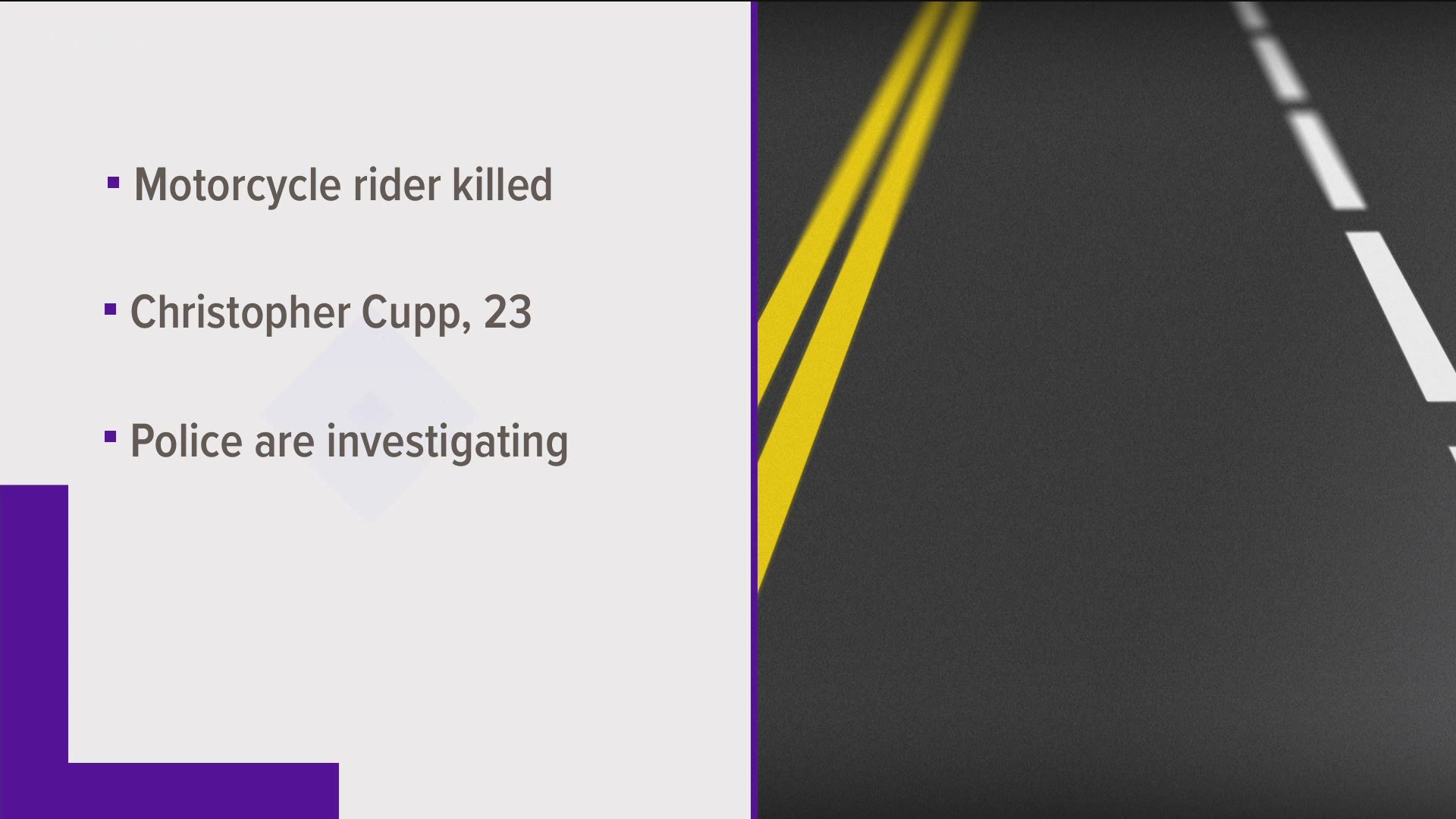 LOUISVILLE, Ky. — A motorcyclist is dead after colliding with a car in Floyd County, Indiana.

According to a preliminary investigation, a 2020 Kia Soul was turning from Eagle Lane onto Corydon Pike when a motorcycle was headed north on Corydon Pike.

Police said the motorcycle, operated by 23-year-old Christopher Cupp, was traveling at a high rate of speed prior to the crash.

Cupp was taken to UofL Hospital in Louisville but later died from his injuries in the crash. The driver of the Kia was taken to Baptist Floyd with non-life threatening injuries.

Chief Todd Bailey said a cause of the crash isn’t known but investigators will reconstruct and attempt to determine the factors in this incident.