The video shows a man grabbing a brick off a porch, winding up his arm, then forcefully throwing the brick at what appears to be a white and black pit bull mix. 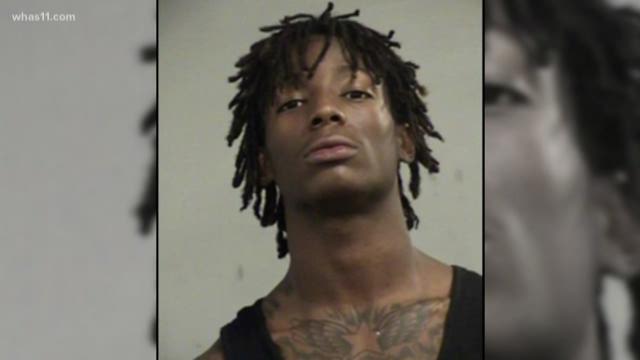 CLARK COUNTY, Ind. (WHAS11) – Clark County Prosecutor Jeremy Mull has filed charges against a man accused of throwing a brick at a dog in a video that was widely shared on social media.

The incident happened Dec. 10 outside an apartment on Beckett Street in Clarksville. A neighbor recorded part of the attack with a cell phone and reported the alleged abuse to police.

The video shows a man grabbing a brick off a porch, winding up his arm, then forcefully throwing the brick at what appears to be a white and black pit bull mix.

Clarksville police later identified Joe Ware, 20, of Louisville, as the man in the video.

The man who reported the crime told police his video only captured the end of the brutal attack. According to the probable cause affidavit, he told police the animal was not being aggressive when Ware “kicked the crap out of the dog”, adding that Ware attacked the dog with a “field goal style” kick.

In the video, the dog cowers as his attacker moves towards him with the brick. He appears to fall over, out of view, and is not seen moving for the remainder of the video.

Investigators said the dog disappeared from a home in Louisville. Officers took the animal to a Clark County animal shelter, where staff located a microchip allowing the pup to be reunited with his owner.

Investigators said the dog sustained several cuts during the incident but was expected to survive.

“As prosecutor I simply won’t tolerate someone being mean to an animal. Especially an animal that is posing no threat or harm or risk to anyone,” Mull said. “This is not the sort of thing that, as a community or a society, we can let happen without consequence.”

Mull filed charges against Ware on Friday for torturing or mutilating a vertebrate animal, a level 6 felony, and two counts of animal cruelty, both class A misdemeanors.

As of Monday evening, Ware had not been taken into custody. “At this point I’m unaware of his whereabouts,” Mull said.

Federal documents suggest officers in Clark County are not the only authorities looking for Ware. He was among approximately 20 people named in a federal indictment in Oct. 2017 for conspiring to distribute heroin, cocaine, and marijuana. Investigators said the massive drug ring spanned from Stockton, California to Mansfield, Ohio to Louisville.

Federal investigators never took Ware into custody and, to this day, he has an active warrant for his arrest out of Richland County, Ohio where many of the arrests occurred.