The envelope was postmarked May 10, 2020, but the words written inside were from Vietnam in 1968. 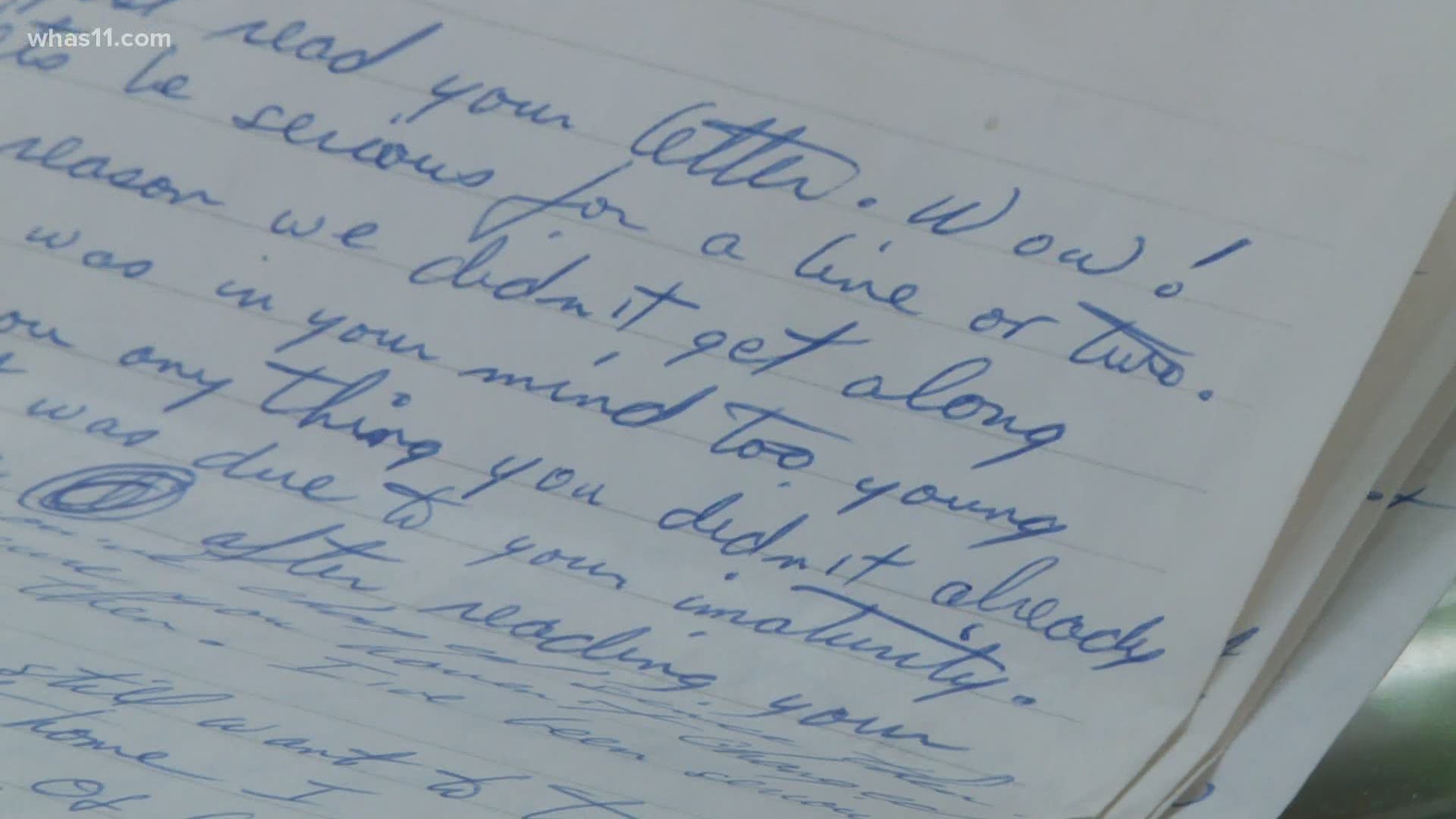 NORTH VERNON, Ind. — A five page letter from a soldier to his sister landed in the mailbox of North Vernon, Indiana’s Janice Tucker last week. The envelope was postmarked May 10, 2020, but the words written inside were from Vietnam in 1968.

“It begins with 'Hi sis. I just read your letter, wow.' And I'm thinking, I have a sister that lives in Jeffersonville and I didn't send her a letter,” laughed Tucker, confused by what she had received.

As she started reading, she realized it was a note from her brother, William Lone, talking about his time serving in the Vietnam War.

“So, I called my brother. He lives in South Carolina. I read the letter to him and he said, ‘I remember writing that letter to you.’”

“I was in the field where you’re out there sleeping in tents,” Lone described.

He said he had sealed the envelope and put a .05 cent stamp in the corner before handing it to another soldier to deliver the letter to his sister who was 17-years-old at the time.

“Janice was still at home then, so it was going to go to Floyds Knobs, Indiana.” Or at least, it was supposed to.

The delivery was delayed for decades, more than half a century in fact.

“The fact that this letter came to me 52 years later by way of Indy is a real mystery to me,” said Tucker. “This is not the original envelope. Someone found this and found out who I was.”

The letter talked about Lone’s Chevy, and how his sister best take care of it. He talked about his brother, and his experiences in the helicopter that still haunt him.

“One day I got shot down,” the letter describes. “When your aircraft starts becoming holey right before your eyes, a strange thing goes through your head.”

Tucker got emotional reading the letter, not realizing what her brother went through until now.

“He never told us what danger he was really in,” she said.

Lone continues to work with veterans of war.

“Nobody helped me. I received no help whatsoever, and the more I thought about it, the more I wanted to help,” he explained.

“I'm really proud of my brother, for who he is and what he's done with his life,” Tucker said.

She believes the mysterious military mail must mean something.

“I got this letter for a reason, and I don't know that reason but someday perhaps I will,” she said.

For one, it’s helped her connect with her brother on a new level. She hopes the five pages of reflection will serve as a reminder of the respect Americans should give their veterans.

There was no return address, so Tucker took the envelope to the post office and is trying to figure out who sent it. If you have the answer, contact Heather Fountaine at HFountaine@whas11.com.

RELATED: A Kentucky nursing home is winning the game when it comes to TikTok videos