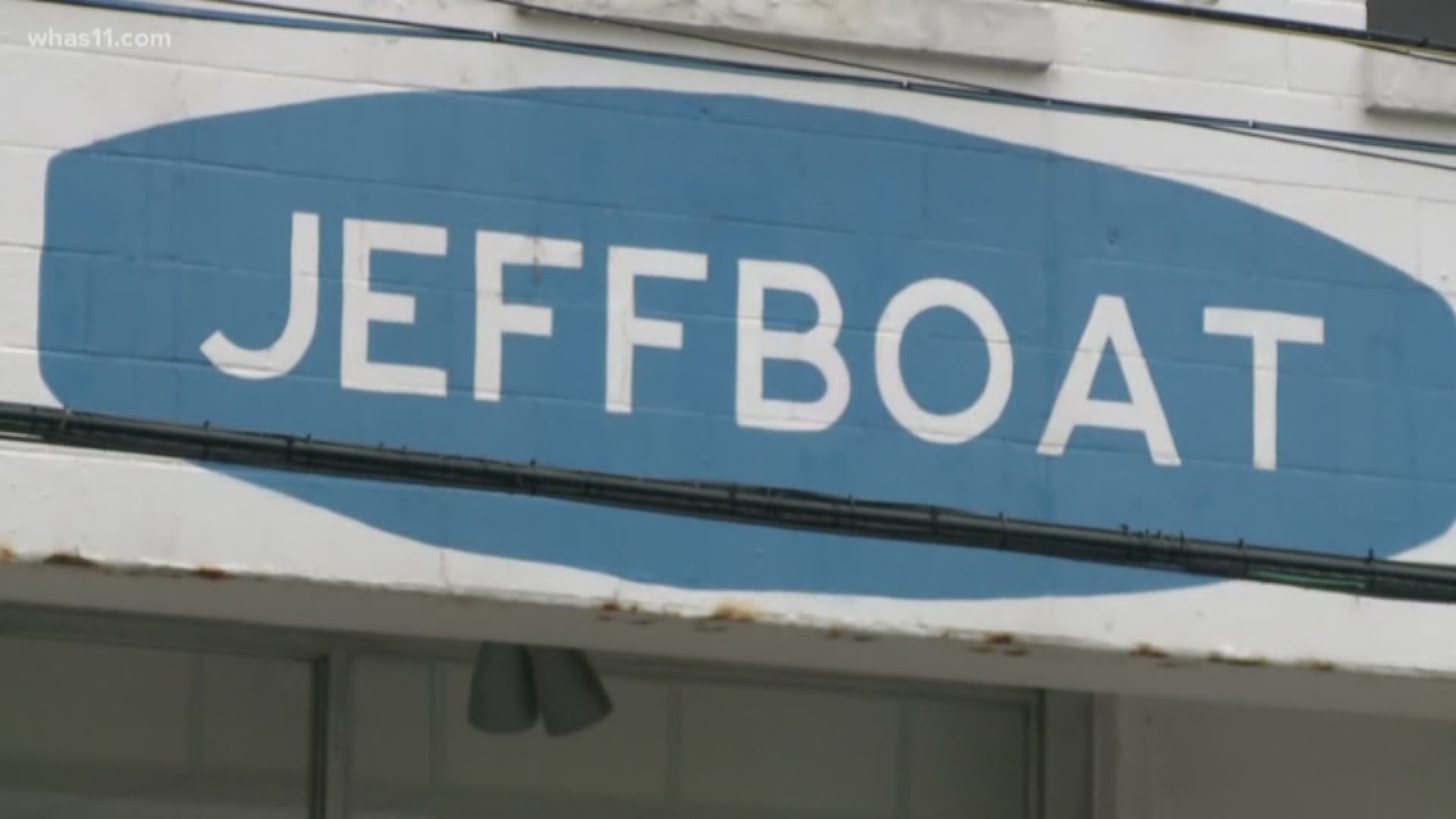 JEFFERSONVILLE, IN -- It's the last barge off the line in Jeffboat as one of the nation's largest inland shipbuilders is closes its doors.

A decline in demand sealing the fate of the company that's been around for nearly 200 years.

It was a somber moment as Jeff Boat launched its 12,917th and final vessel into the Ohio.

“It kind of reminds me of a funeral,” Mayor Moore said.

At one time the barge builder employed more than 1,300 people, but on its final day of operation that was down to just 80.

“I know there are hard feelings from employees who are losing their jobs, and I get that,” Mayor Moore said. “Time goes on and we evolve. There will be good things that come from this property.”

While good things may be on the horizon for the city, down the street at Big Four Burgers general manager William Eskridge wonders the Jeffboat closure could mean for local business.

“We’re a little mom and pop store, but we get things done, and we take care of our guests,” Eskridge said. “I’ve got some in here that I can joke around with about anything.”

For many of his patrons losing their jobs at Jeffboat is no laughing matter.

“Losing Jeff Boat is going to hurt a little bit,” Eskridge said. “We have our ups and downs, any family does, but we take care of each other in here and we take care of our customers. They had 300, 400, 500 people over there and that hurts them.”

The question now facing many local businesses is what comes next not only for the Jeffboat property, but for its workers.

“Whatever it is I hope it’s got a decent amount of spots for employees so maybe people don’t have to uproot themselves and move out of town,” said Eskridge.

The City of Jeffersonville has offered to pick up the tab for the environmental cleanup of the property if Jeffboat were to donate it to the city.

However, at this time it's not clear what their plan is as investors start taking notice of the southern Indiana riverfront.