Ryan Griffith, a four-year trooper, was arrested after allegedly touching a woman in an unwanted manner while off-duty in February. 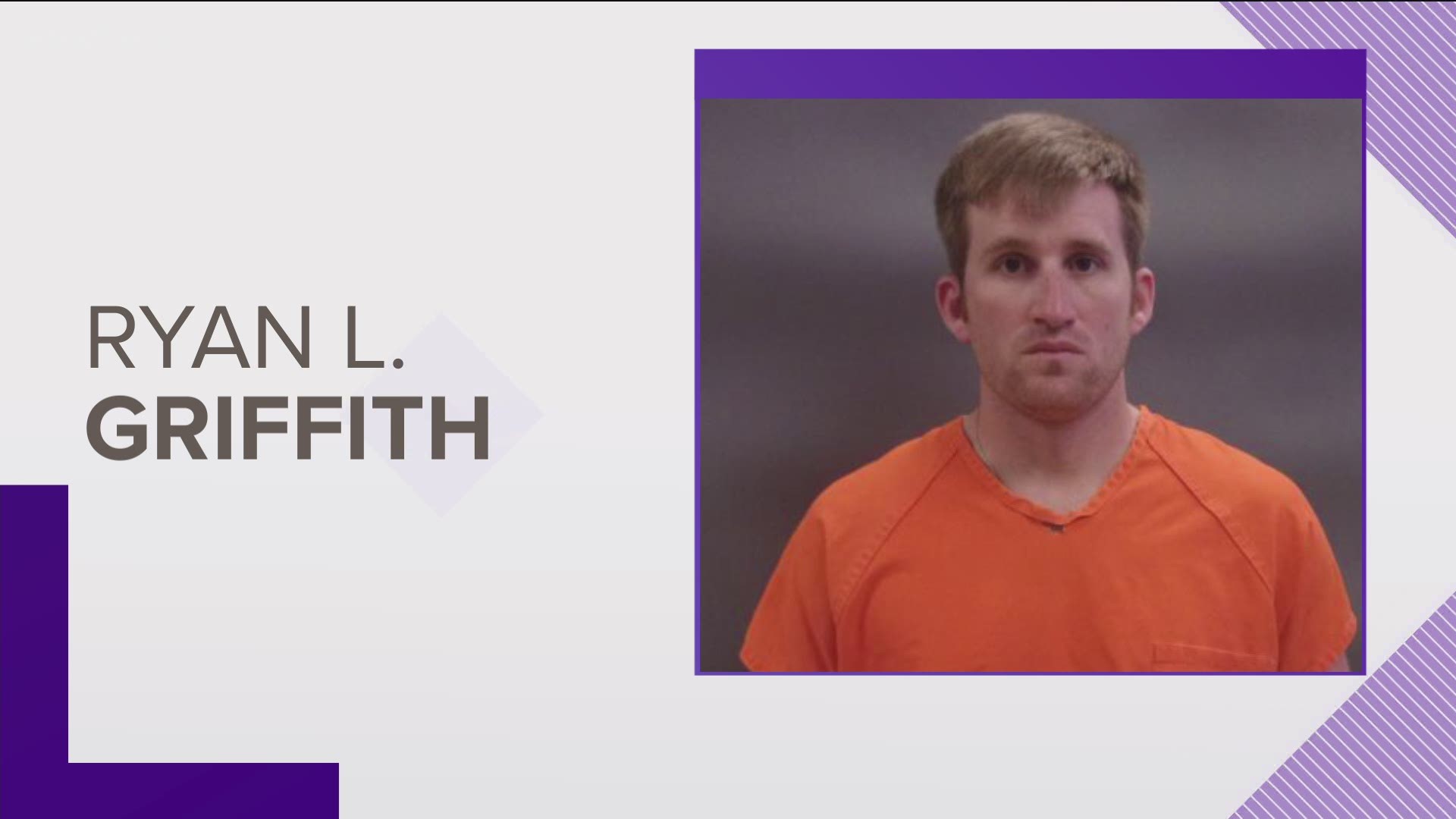 CRAWFORD COUNTY, Ind. — According to a release from the Indiana State Police (ISP), a trooper was arrested Thursday following an investigation into an alleged sexual battery that took place in February.

ISP says the incident was originally reported to the Crawford County Sheriff's Department, who then requested the ISP Jasper Post to conduct an  investigation.

Investigators revealed that Ryan Griffith, a four-year trooper, allegedly touched a woman in an unwanted manner while off-duty at a home in Crawford Co.

Griffith is also alleged to have provided false information to investigators, ISP says.

Griffith was taken into custody without incident and is being held on a $7,500 cash bond at the Crawford Co. Jail.

ISP says Griffith has been placed on administrative leave without pay until the conclusion of the criminal proceedings, at which time, an internal investigation will be conducted to determine departmental discipline.