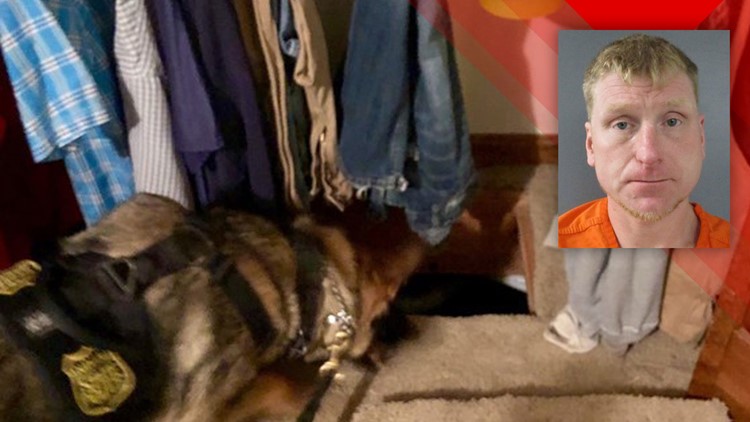 The trap door led to a crawl space. One of the troopers, Kaitlyn Greene, deployed K-9 Drogos and Modlin subsequently surrendered without a K-9 bite.

This is the crawl space Mark Moldin was hiding in. (VIA ISP)
Indiana State Police

This was the trap door found by the ISP K-9. Mark Moldin was hiding in the crawl space.
Indiana State Police

Modlin is being held at the Spencer County Jail.

There is a character in Game a Thrones, an HBO show, that goes by Khal Drogo.  The K-9's name, again, is Drogos.