'If it helps, it’d be great': Intersection warning systems to be activated for drivers in southern Indiana

The purpose of these new signs is to make high traffic intersections without a stoplight safer. 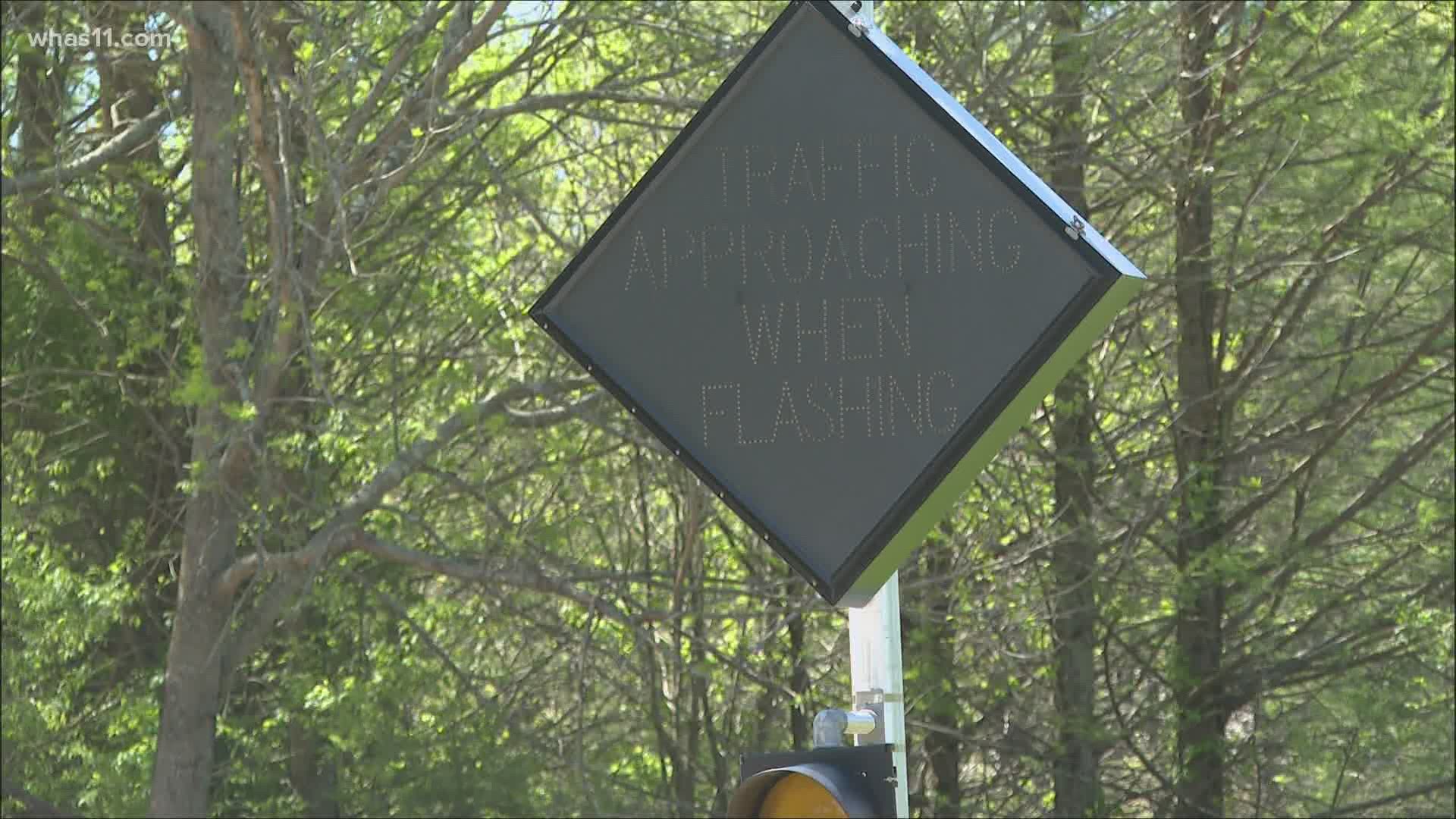 According to the Federal Highway Administration, the systems can reduce severe crashes by 20 to 30 percent.

More than 15 systems are going up at intersections statewide. These are high traffic areas with no stoplights and involve a major and a minor road.

When INDOT was planning where to put these systems, they looked at intersections with consistent crash patterns and sight distance between the stop sign and intersection.

The intersection in Clark County is also a busy one. Rick Dreyer moved to his home on State Road 60 in in the 70s, and he was able to drive straight from the driveway onto the road. But it’s gotten a lot busier since then.

“Nowadays I probably wait for 30 or 40 cars to pass before I can get out during rush hour,” Dreyer said.

Once the system is activated, any drivers coming down a minor road, like Ebenezer Church Rd., will stop at the stop sign. Then if there’s traffic coming from either direction on State Road 60, the new sign will light up and tell them traffic is coming.

The lights are set off by sensors in the pavement. There is also a sign on the major road, in this case State Road 60, that tells drivers someone is waiting to turn off the minor road.

There aren’t many of these types of signs up in Indiana right now. So, they might look a little different than signs you’ve seen before.

“It may catch people a little off guard, this isn’t something that has been used,” Garrett said. “It’s fairly new in Indiana, especially southern Indiana.”

It’s new to Dreyer. But he’s hoping this decreases the same type of accidents that he sees at the intersection outside his house every year.

Garrett does want to warn people that while they should use the sign as a tool, they should still be aware of their surroundings and look both ways in case the systems malfunction or lose power.