Doctors diagnosed him with cystic fibrosis through a blood screen as a newborn. 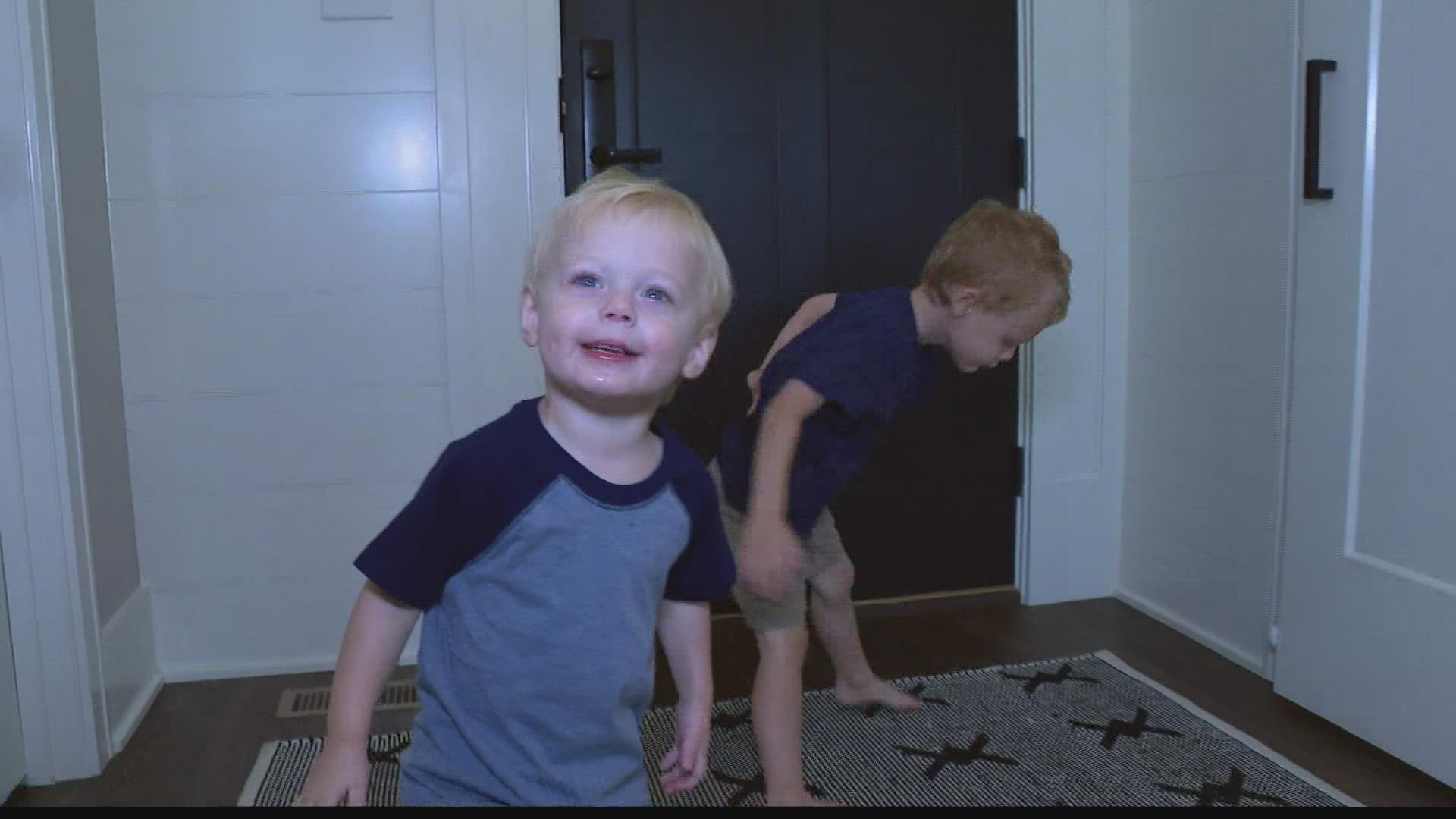 INDIANAPOLIS — A father in Carmel is raffling off his rare whiskey collection to raise money for the Cystic Fibrosis Foundation.

He wants to find a cure for his young son.

His home and family in Carmel are in constant motion.

But life for Wyatt also includes a devastating genetic disorder. Doctors diagnosed him with cystic fibrosis through a blood screen as a newborn.

"He was probably ten days old when we got the phone call from our pediatrician," said Anne Perdue, Wyatt's mom. "After the shock of it we just tried to educate ourselves and try to learn as much as we could about it."

Wyatt's parents, Nathan and Anne, are each one of the 10 million symptomless carriers of the defective gene that causes cystic fibrosis.

"So that gave us a 25% chance of having a child born with CF, which did come as a shock because we didn't have family history and our oldest son Cooper doesn't have CF," Nathan Perdue explained.

The disease affects the lungs and pancreas, causing persistent infections and it limits the ability to breathe, over time.

Wyatt's condition will get progressively worse.

His life expectancy is just 40 to 48 years old.

But therapies and treatments have improved dramatically just in the last decade, bringing this family and others living with CF a lot of hope.

"When he was 6 months old, he had access to a drug that didn't exist 10 years ago," Nathan said. "That's encouraging."

They want that progress to continue, which takes money and research.

So Wyatt's dad is now using a hobby to make it happen.

A serious whiskey and bourbon connoisseur, Nathan partnered with the Kentucky Derby Museum to raffle off part of his prized Pappy Van Winkle collection as a fundraiser.

"I had seen similar fundraising events where they had auctioned off Pappy Van Winkle or other allocated bourbons in the past and I'd seen how successful they were," Perdue said. "I thought, 'You know, what an amazing way to raise awareness and funds.'"

The collection includes the following bourbons:

On the museum's website, people can buy a raffle ticket for $100, in hopes of getting the big prize next month. Here's what is included in the prize:

"The winner gets five bottles of Pappy Van Winkle that's been valued at over $18,000," Perdue said.

Besides the bottles of bourbon, the winner also receives a hotel stay and a VIP experience at the Kentucky Derby Museum.

But the value goes well beyond these bottles and prizes.

Most of the proceeds from the raffle go to the Cystic Fibrosis Foundation to help people just like Wyatt.

A small portion also goes toward the education department at the Kentucky Derby Museum.

The CF Foundation right now is working on a gene editing process that Perdue says could lead to a cure.

"To think that a small part of Wyatt's legacy is attached to those bottles is pretty amazing," he said. "So if this is in a small way can add research dollars to be able to have that happen in his lifetime? That would just be...that would mean the world to us."

He's confident a cure will happen for his son and he saved a couple bottles of Pappy Van Winkle bourbon to toast when it does.

The drawing for the raffle is Sept. 24 at 10 a.m. EST on the museum's Facebook page.