Election officials and state political leaders are encouraging mail-in voting as a way to protect poll workers and voters from possible COVID-19 exposure. 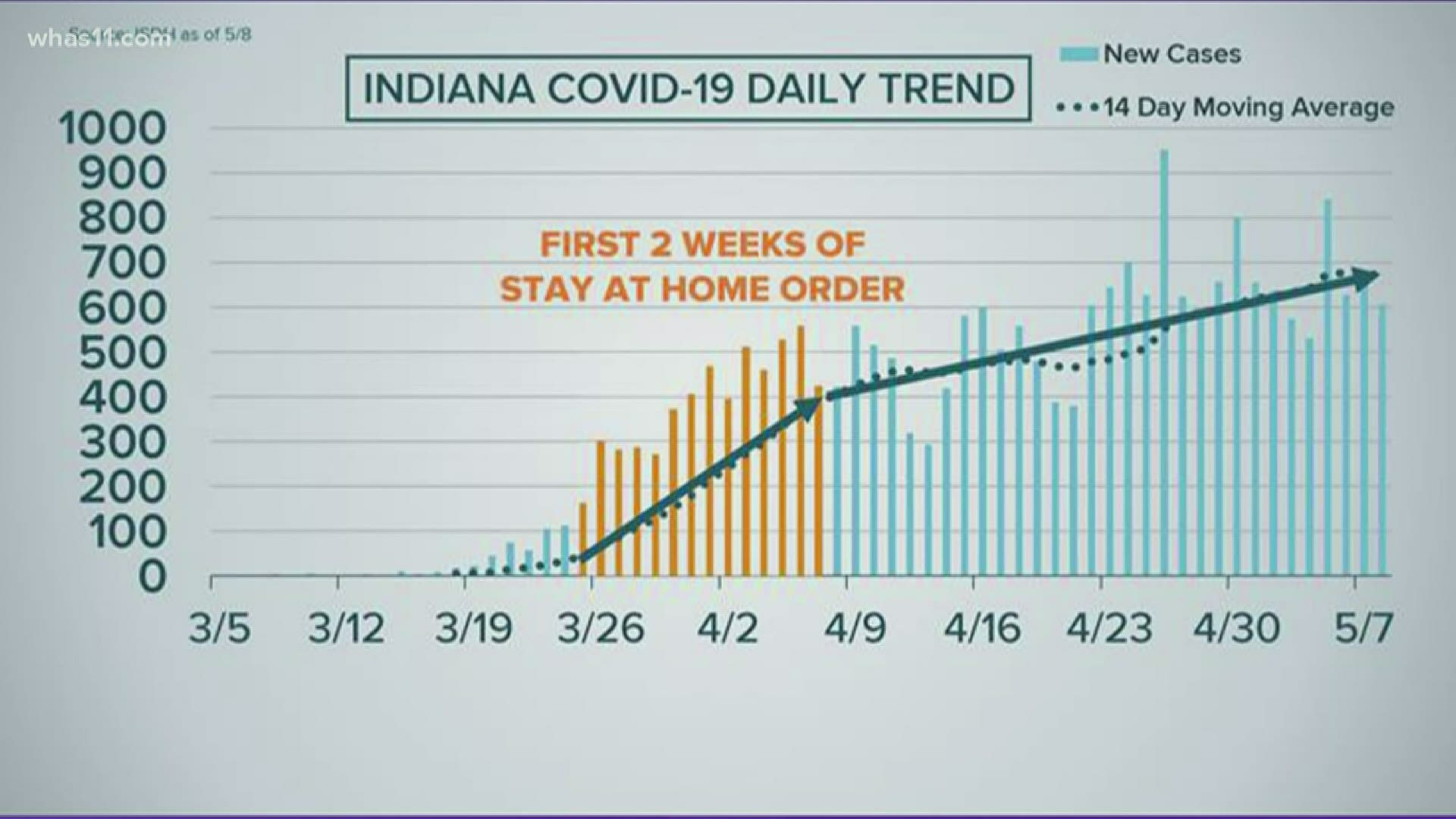 INDIANAPOLIS — Many of Indiana’s voters have shifted over the past decade to casting ballots days or weeks ahead of Election Day rather than standing in line at their neighborhood polling site on that day.

The coronavirus outbreak is causing what could become an even bigger shift toward mail-in ballots for Indiana’s upcoming primary election that’s been delayed until June 2.

Election officials and state political leaders are encouraging mail-in voting as a way to protect poll workers and voters from possible COVID-19 exposure even as plans still call for opening in-person voting sites on primary day.

Here are some things to know for this year’s primary:

Indiana is among several states that have delayed primaries and shifted to voting by mail. Ohio saw most ballots cast by mail for its April 28 primary and had polling sites open, but didn’t experience troubles like Wisconsin last month, when voters were forced to overlook social distancing guidelines to stand in long lines.

Along with delaying Indiana’s primary by four weeks, state officials also suspended the rules limiting who can request mail-in ballots. That allows all voters to cast ballots by mail, but most will first have to submit an application to their county election office by nearly two weeks ahead of the primary.

Most voters haven’t followed the steps for obtaining a mail-in ballot since the vast majority of Indiana’s ballots have always been cast in person either at early voting sites or on election day, said Barbara Tully, president of the advocacy group Indiana Vote By Mail.

“That’s a cumbersome process for voters to get their heads around, ‘You’ve got to do this by this date and then we’ll send your ballot,’” Tully said. “It is not an easy, very voter-centric process, overall.”

Indianapolis election officials decided to mail absentee ballot applications to all the city’s registered voters. State Republican officials rejected a push from Democrats to do so statewide, citing cost concerns.

The state has established an online ballot application available at Indianavoters.com, or application forms can be requested from county election offices.

Requests for a mail-in ballot, technically known as absentee voting by mail, must be received by county election offices no later than May 21.

Election officials will then mail a blank ballot to voters, who then must mail them back at least several days ahead of June 2, as state law requires them to arrive at county election offices by noon that day. The only exceptions are for military and overseas voters.

Nearly 225,000 Indiana voters had already requested mail-in ballots by Wednesday, according to the state election division. That is already almost five times more than the some 48,000 total mail-in ballots cast for the 2016 primary.

Spencer County Clerk Sara Arnold, president of the Indiana county clerks association, said there’s no way yet to anticipate how many people will end up voting by mail since the situation is so unique.

Indiana has no challenged races for statewide elected offices in this year’s primary although multiple candidates are seeking nominations for the congressional seats being given up by Democratic Rep. Pete Visclosky and Republican Rep. Susan Brooks. Many state legislative seats and county offices are also on the primary ballot.

Indiana’s in-person voting options are being significantly scaled back.

Each county is required to allow early in-person voting, but those locations will only be open May 26 until noon June 1. That seven-day period compares to the monthlong time early voting has typically been available.

Fewer sites for early voting and primary day voting will be available in many counties, some of which are looking at different venues in consideration of coronavirus concerns.

Officials in St. Joseph County, which includes South Bend, are planning to cut its normal 120 polling sites to 12 for primary day. Southwestern Indiana’s Knox County will set up a tent on the courthouse lawn in Vincennes for early voting to avoid people needing to go inside.

“With moving it to a large building with better social distancing, I think it will be fine,” Arnold said.

Indiana hasn’t made any changes yet for the November general election, although governors in some other states have suggested they would consider moving to an all-mail voting system. Polling suggests that Democrats are now more in favor than Republicans of their states conducting elections exclusively by mail, a move opposed by President Donald Trump.

Tully’s group, Indiana Vote By Mail, has filed a federal lawsuit against state officials seeking to extend the primary’s no-excuse mail-in balloting to the November election. Tully said she expects many people will still have concerns about the coronavirus in the fall and preparations should be made far ahead of presidential election voting.

“I’m not saying do away with polling places, I’m saying give voters options,” Tully said. “If you want to vote from home you should be able to have the option to do that without having to provide an excuse. And fear for your health is not one of the legitimate excuses on the list on the absentee ballot application.”

RELATED: Elections in limbo as coronavirus outbreak upends US primaries