Daily communication with family members is now a requirement, including information on the number of cases, deaths, and the facility's effort to stop the spread 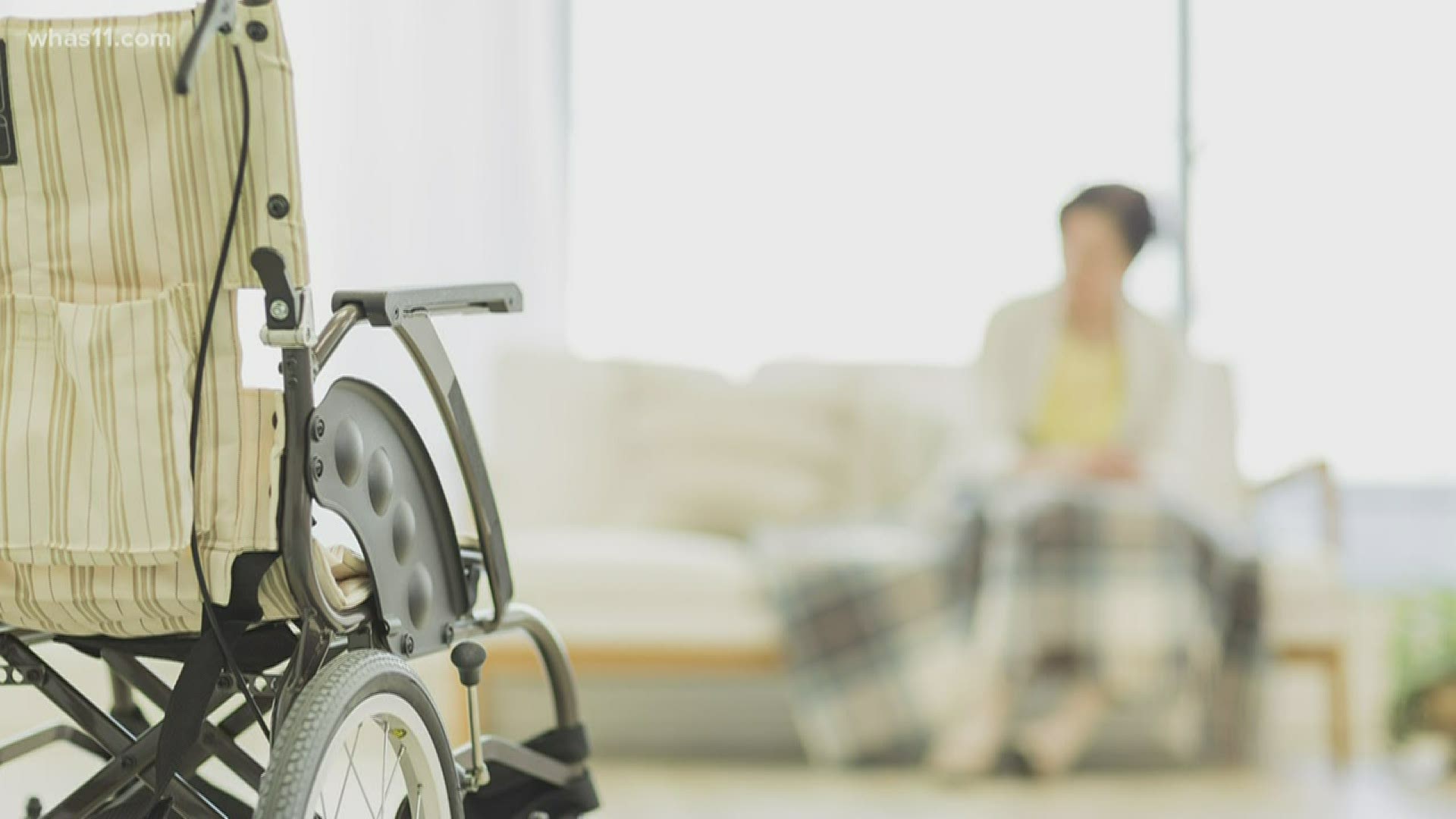 CLARK COUNTY, Ind. — The state of Indiana now requires daily communication from nursing homes to resident and their primary contact.

Health officials announced the new guidelines on Monday, as clusters of COVID-19 cases within nursing homes continue to emerge across the state.

Recent testing at Wedgewood Healthcare Center in Clarksville found 44 positive cases of the virus, bringing the total number of cases within the facility to more than 60.

The Clark County health department announced the new cases Monday, saying “It is important to realize that the facility has previously implemented protocols to prevent transmission and illness, and continues to modify these measures as reliable data and information from CDC and ISDH indicates new directives.”

The health department is working with the care facility to provide logistical support in the form of PPE and case investigations.

Just last week in Floyd county a cluster was found in Diversicare of Providence. According to Diversicare, 60 residents and 17 caregivers have tested positive for the virus.

Some residents have died from the outbreak, and some family members are feeling left in the dark.

"Corporate called me once to tell me that somebody did test positive, but that was it. Nothing more after that or anything,” said Jake Chestnut, whose grandmother was a resident at Diversicare of Providence.

Chestnut says that his grandmother passed away on April 15. It was at the hospital that Chestnut tells WHAS he learned she had tested positive for COVID-19.

"I feel they didn't do their job,” said Chestnut about Diversicare, mentioning that he felt the facility was reactive rather than proactive.

Chestnut said he didn't feel that Diversicare communicated with him properly or enough, "I feel that they should do that quite often,” he said.

The new state guidelines will make that a requirement.

“I know how important it is for folks, and the interest around knowing what’s going on in a long term care facility, particularly for people who have a loved one who lives or resides there,” said Dr. Daniel Rusyniak, chief medical officer for family and social services in Indiana.

He announced the new guidelines requiring nursing home facilities to communicate with residents and family contacts daily, giving updates of the number of cases, the number of deaths. and the steps the facility is taking to fight the spread the virus.

According to Rusyniak, 148 nursing homes across the state have reported at least one positive case of the virus, and nursing home residents make up nearly one third of the total number of coronavirus related deaths statewide.

The state has also created an email address for family members of nursing home residents to report issues in obtaining information on their loved one. More information on the latest from the state can be found here.

RELATED: 3 residents of southern IN nursing home die from COVID-19