"If you are part of the problem here in Scott County, we don't want you here," said Sheriff Jerry Goodin. 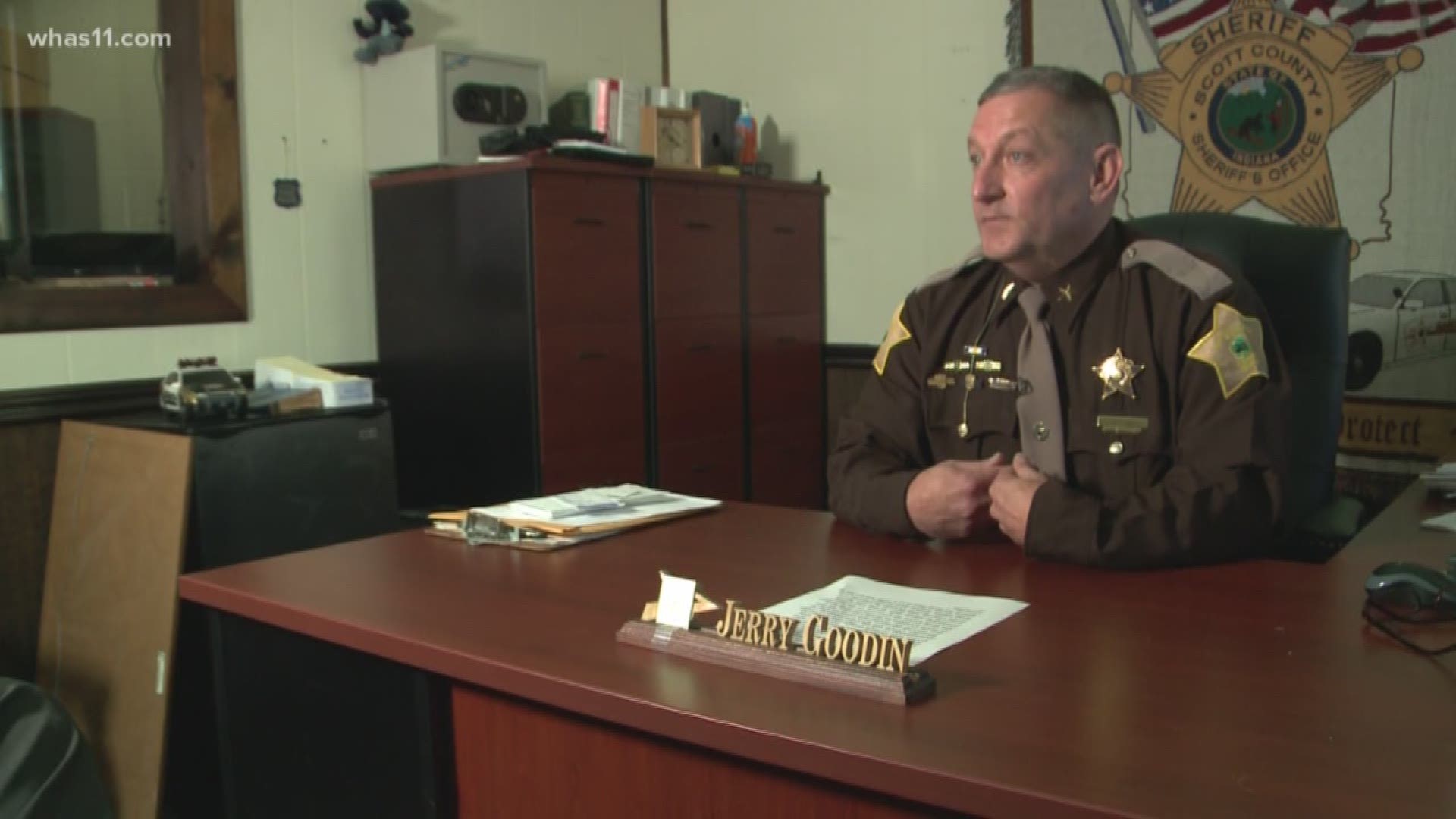 SCOTT COUNTY, Ind. (WHAS11) -- The newly-elected and sworn in sheriff of Scott County, Indiana is talking tough on his war against drugs.

"If you are part of the problem here in Scott County, we don't want you here," said Sheriff Jerry Goodin.

He wants a more hands-on approach to keeping drugs out of the county, declaring it a drug-free zone.

"I am dedicated to do whatever we have to do to solve the problem," he told WHAS11.

Good spent 27 years as a trooper with the Indiana State Police and knows the county well - he grew up there.

In his new role, he wants to work with ISP and the feds to search for and prosecute anyone who's dealing or using drugs.  Part of the plan includes rehabilitation and creating a drug treatment program inside the county jail.

He is a native of Austin, Indiana which saw a spike in Hepatitis C cases starting in 2015 -- a primary result of drug users sharing used needles.  Scott County had some of the highest rates of confirmed Hepatitis C cases in the state.

Sheriff Goodin says the county's needle exchange program, which was the first approved in the state, will stay but with enhancements.

"We are going to sit down and see what we can do about controlling the number of needles, controlling who gets those needles.  We've got the guts in Scott County to stand up and say we are attacking this problem.  We are going to make a difference and I am telling you right now, it's going to happen," Sheriff Goodin said.