Gov. Eric Holcomb said the state will keep its capacity restrictions as it enters "Stage 4.5" July 4. 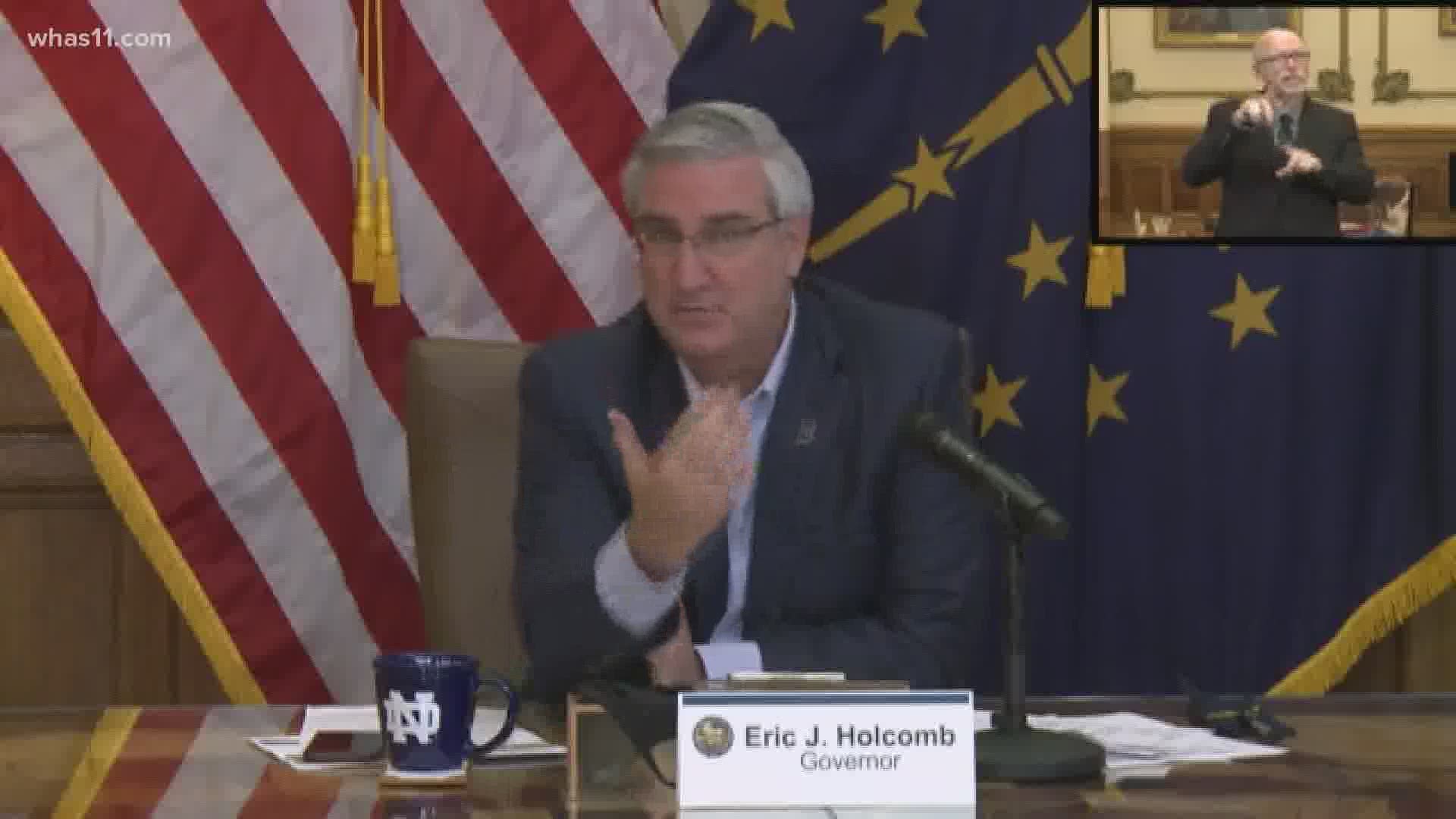 INDIANAPOLIS — While Indiana was set to enter Stage 5 of its reopening plan Friday, Gov. Eric Holcomb announced a temporary pause on some changes as the state sees more cases and hospitalizations.

Holcomb said the state will instead enter "Stage 4.5" July 4, putting a halt on increasing capacity in restaurants, bars and entertainment venues. The current 250-person limit on social gatherings will also continue.

The governor said a spike in cases across the country, as well as around Indiana, "is of concern." Indiana reported 371 new COVID-19 cases and eight additional deaths Wednesday.

"Much will stay the same over the next two weeks," Holcomb said. "We just have to accept the fact that this virus is on the prow, and it's moving."

"We've seen what's happening in states like Florida, California, Texas and South Carolina, which are seeing their highest seven-day averages of cases," Box said. "So, that's not where we want to be going forward."

Dr. Eric Yazel with the Clark Co. Department of Health said Southern Indiana isn't seeing the uptick in cases and hospitalizations that the rest of the state is, but he still supports the move to pause re-opening.

"It's hard to pull the trigger on hitting the brakes and holding in place. I'm glad we had the courage to do that when the data told us that we needed to," Dr. Yazel said. "We're all tired of it and wish we didn't have to hear the word "COVID" ever again but the reality of it is that it's still around and people are still getting very sick."

While indoor capacities will stay where they are in Stage 4.5, Holcomb said most restrictions for outdoor activities will still be lifted. He said people outside will still need to socially distance and especially wear masks.

"That'll keep us from taking a wrong turn this fall," Dr. Yazel said.

Holcomb said the state will continue to look at changes over the next week, with plans to move into Stage 5 on July 18.

RELATED: These laws go into effect July 1 in Kentucky and Indiana