The LPN is facing a felony charge of practicing medicine without a license, court documents show. 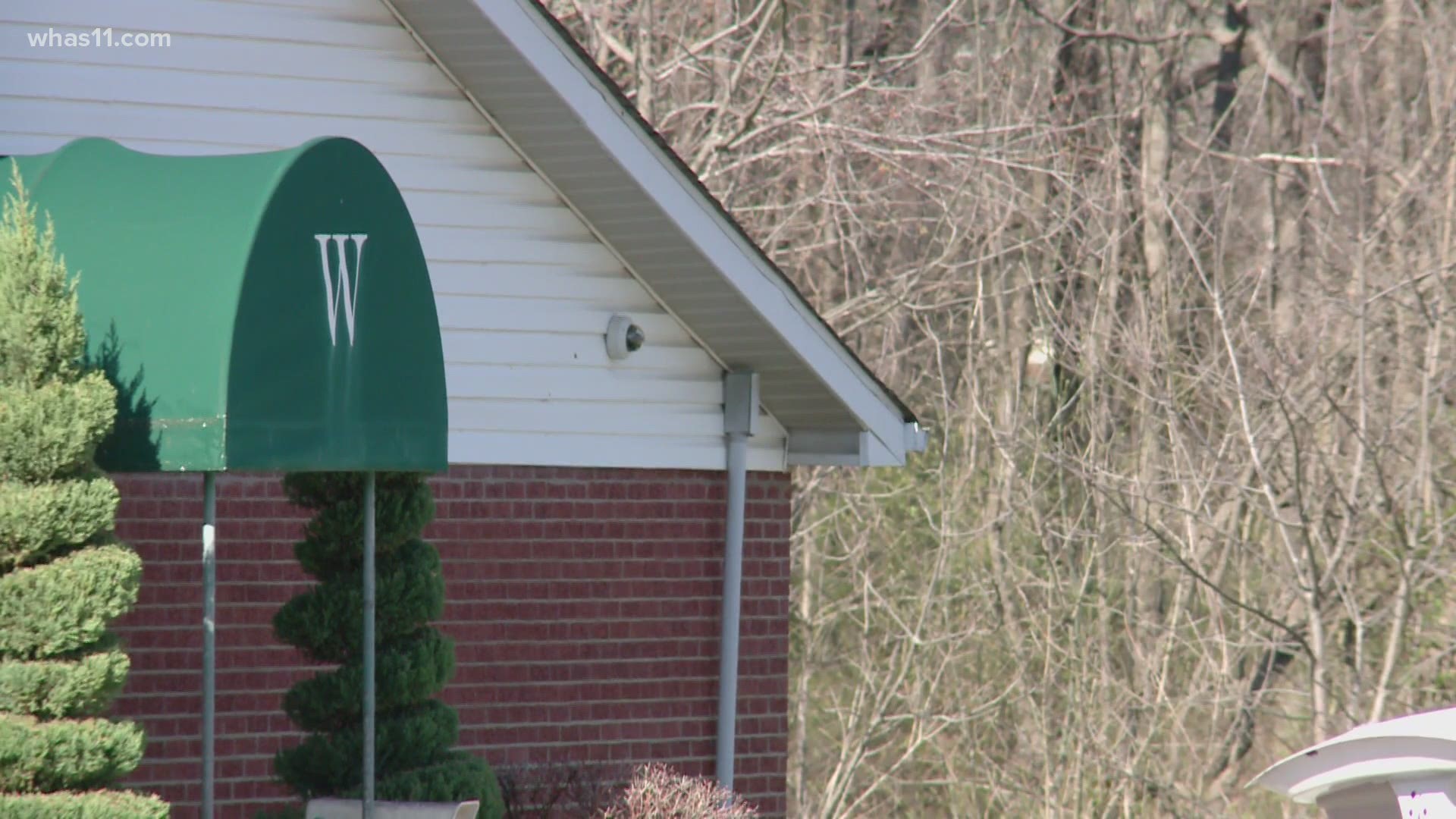 CLARKSVILLE, Ind. — A nurse is facing a felony after an investigation into oxygen being removed from a Clarksville nursing home resident who died hours later. She did not get doctors' approval, which is required by state law.

In a report by the Indiana Department of Health and Human Services, officials said a resident at Wedgewood Healthcare Center tested positive for COVID-19 around April 24, 2020.

"In my career of over 20 years, I have not filed a case like this before," Clark Co. Prosecutor Jeremy Mull said.

Mull charged 52-year-old Connie Sneed with a level 5 felony for practicing medicine without a license. According to an investigation launched, Sneed had both started and removed the oxygen from the resident without approval by a doctor.

"The evidence is that breathing mask was agitating and that he kept taking it off of his face and throwing it down, not wanting it on," Mull said.

According to the nurse's notes, the resident's O2 levels dropped as low as 65%. The nurse started high flow oxygen, but "eventually discontinued it, after which the resident passed away 7 hours and 45 minutes later."

The report said the nurse, identified as Connie Sneed in court documents, did not notify the physician of the patient's declining condition or the discontinuation of high flow oxygen. In an interview, the nurse said she "forgot to contact" the physician.

The physician was only notified, by another nurse, that the resident had passed away the next morning.

"[I was] taking care of over 40 COVID patients, and the week that I had had was terrible, and that is one thing I forgot to do was call the doctor," the nurse said.

The court documents said a Facebook post made by the nurse (Connie Sneed) said she asked the resident, who the report says suffers from dementia, if he wanted her to take it off and "let you go fly with the angels" and "he said yes."

"I took it all off of him I went in the hallway and I cried and I let him go and he passed away 1 hour and 45 minutes after I left," the nurse posted.

"When any member of the community commits one of their loved ones to a healthcare facility, whether that's a hospital or a nursing home, all of us have to be confident when very major decisions are being made about the healthcare of the individual," Mull said. "that hose decisions are made by people who are appropriately qualified to do and given the authority under the law."

Sneed had been an employee at the center for 15 years when the incident happened, documents state.

In an interview, the nurse said she told the resident's daughter, who has power of attorney, the oxygen was "prolonging the inevitable," and the daughter told her if it was his wish, she could remove the mask.

The resident's daughter told investigators she received a call from the nurse saying he was not doing well, and that if they sent him to the hospital he would get the same treatment the facility's already doing, so the family said to keep him there.

The nurse then called to say the resident was not keeping the mask on. The daughter said she told the nurse to let him calm down and then put the mask back on him, and the nurse told her she would try, but could not force him to keep it on. The next morning, she received a call saying her father had died.

Mull said the resident did have a Do Not Resuscitate order on his file, and medical records in the investigative report show his health was declining. He died about 8 hours after Sneed removed his oxygen mask.

"He and or his family had made the decision to not transport him to a hospital or to be put on a ventilator," Mull said "It would not be possible for me to prove a murder charge or that she knowingly or intentionally killed this gentleman because of what was going on medically in his case but it is clear her actions were not authorized."

The report said the nurse has been fired and reported to the Indiana Board of Nursing. Additionally, the report said Wedgewood would be taking steps to prevent an event like that from happening again, including increased rounds to identify any changes in condition, daily reviews of all nursing notes and increased education on the care plan process.

"It's an unfortunate case. This is a nurse that was working 10-12 hour days, weeks in a row, trying to help the COVID patients," Mull said. "Took an action that she decided was appropriate and unfortunately the gentlemen did pass and there's consequences that are going to fall."

"It's an unfortunate situation and a sad case and no one's a winner here," Mull said. "COVID really presented a lot of unique circumstances and situations in the medical field, the legal field, in everyone's' lives and this is one of those unfortunate cases that came out of the COVID crisis."

Sneed is facing a felony charge of Practicing Medicine without a License def practices medicine or osteopathic medicine, according to court documents.

RELATED: In pandemic, more dying people choosing to be cared for at home 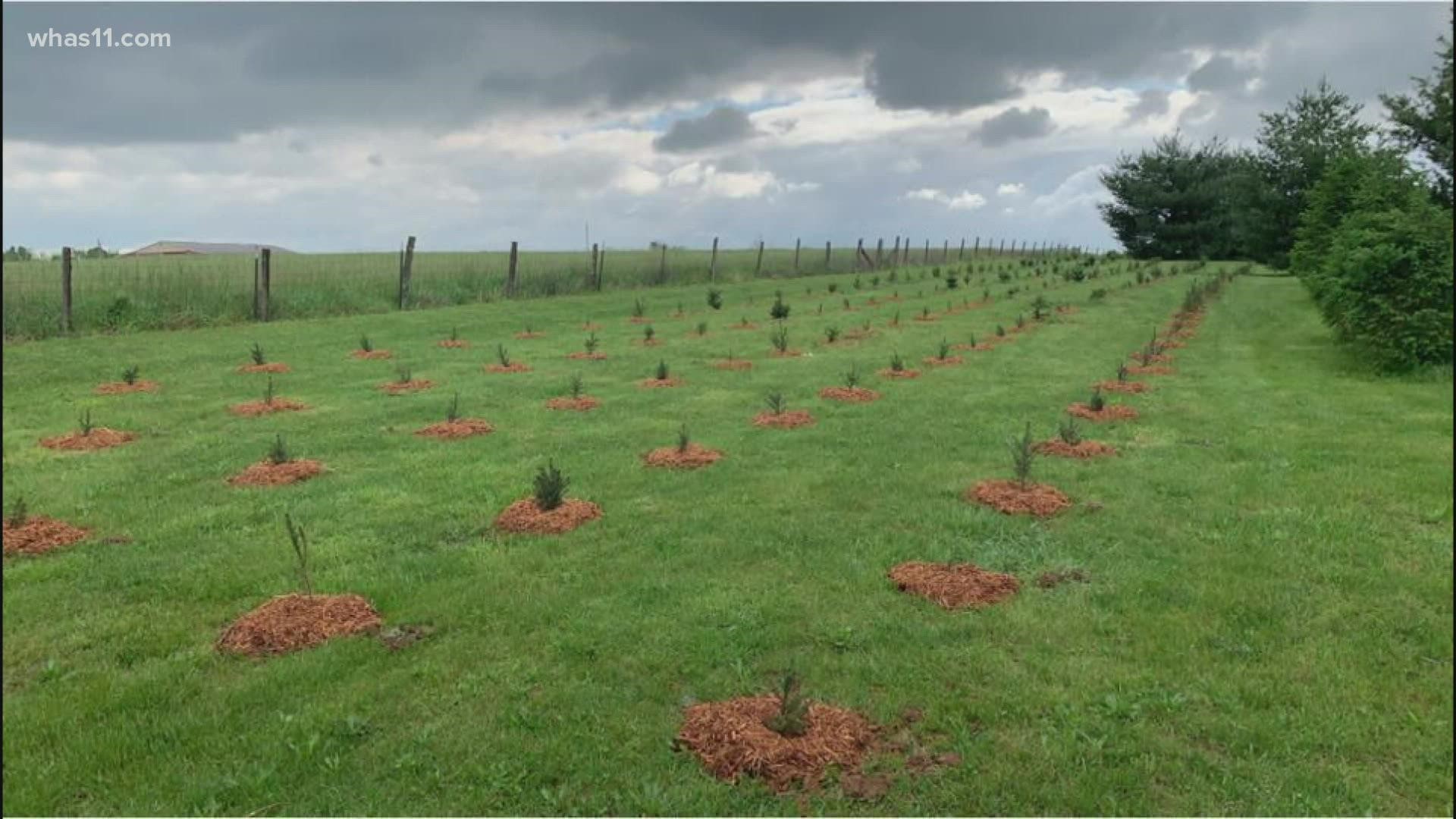 VERIFY: Yes, there is a Christmas tree shortage this year, here's why