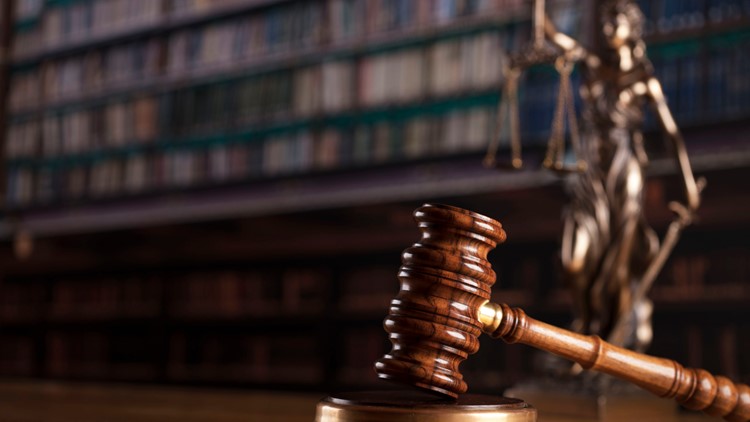 Photo by: Getty Images/iStockphoto
Gavel and Themis statue in the court library.

INDIANAPOLIS (AP) - A former contract worker has filed a lawsuit claiming she was retaliated against by the leader of the Indiana National Guard after she reported concerns about his affair with a subordinate.

McLaughlin began working as a contractor in 2017 and was assigned a mentor who allegedly began a relationship with Carr.

McLaughlin alleges once she came forward with concerns, she was retaliated against with false accusations and intimidation, among other things.  The lawsuit alleges she resigned in 2018 because her work environment "had become too unsafe and toxic."

No attorney is listed for Carr in court records.