Indiana State Police said they are looking into this and have been in contact with Darius Towns. 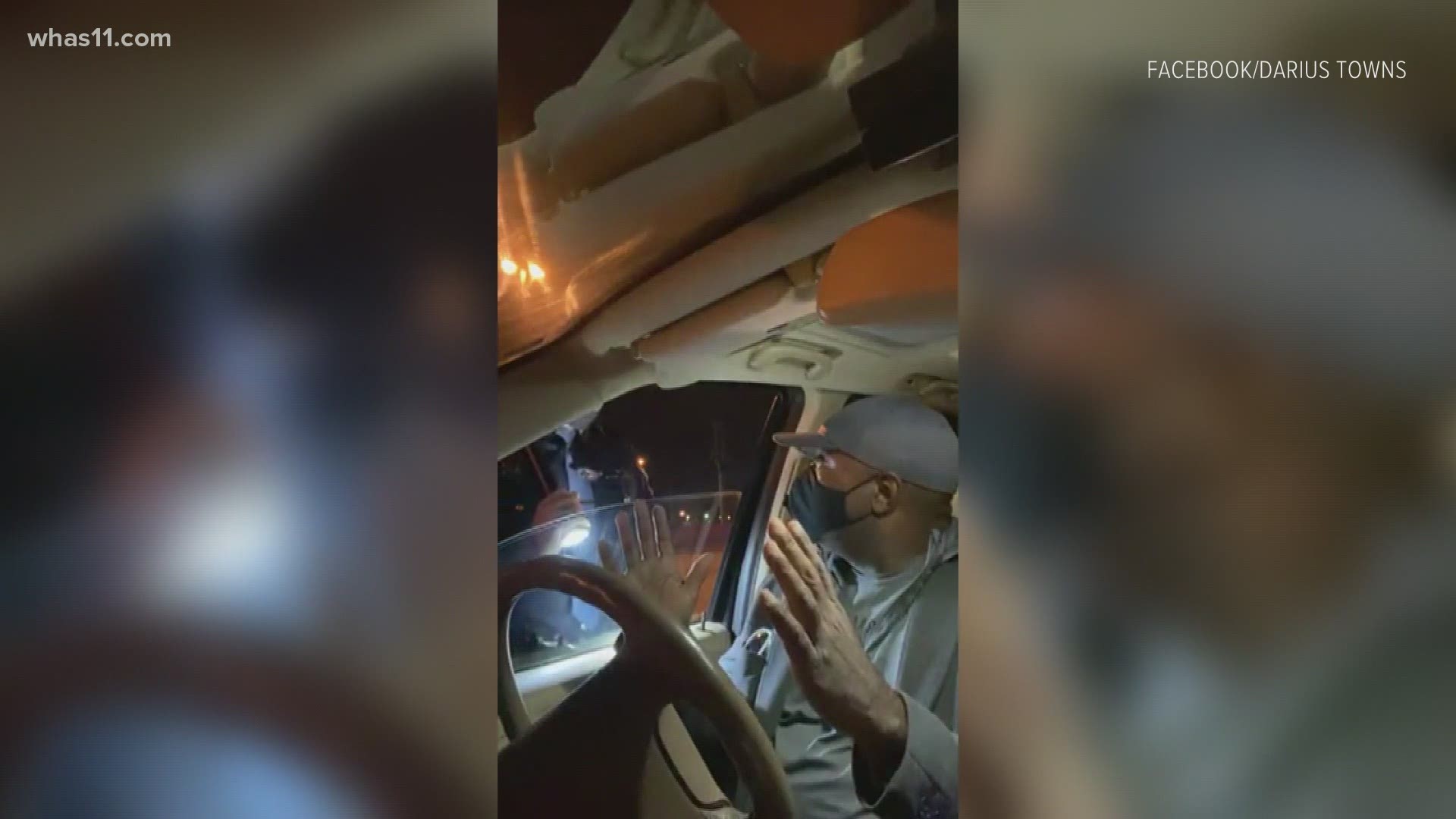 INDIANA, USA — An Indiana man said he believes he was racially profiled when he was pulled over by Indiana State Police Wednesday morning.

Returning home from his karaoke job at around 2:30 a.m., Darius Towns recorded the moment an ISP trooper pulled him over on Facebook.

"He says, 'Sir have you been drinking,' I say no, so he asks me again," Towns said. "Basically they want to pull people over and check for drunk driving. I get it, but in my case it turned into something more I believe."

Towns said it was not the first time he had been stopped. Two weeks before, he was pulled over by a different officer for having his temporary license plate in the back window.

He was let go with a citation, and then fixed the problem by moving the temporary plate to the proper spot.

"I thought it was the same guy and I thought he was mad because I went and filed on him," Towns said.

It was a different officer, though, who had Towns get out of the car and administered three field sobriety tests.

"I didn't fall, I didn't do anything, I did it all," Towns said. "I passed with flying colors and then he pulls the breathalyzer out and that's when I get a little testy. Man you're pushing me and I'm just tired."

When the breathalyzer finally comes back, the recording catches the officer say his BAC was .05.

Officials said the stops weren't unusual. Alex Payne, a retired former deputy commissioner of the Kentucky State Police and former commissioner of the department of criminal justice training, said a temporary plate like Towns' is hard to make out — and will likely result in a stop.

"Is this car stolen? What's the deal? What's going on here," Payne said. "That's some of the information used to stop the vehicle."

In a statement, Indiana State Police said they are looking into this incident and Towns does say they've been in contact with him. Payne said Towns did the right thing by bringing it to them, working to get answers.

"I've always said comply, comply, comply, and I preach that," Towns said. "My uncle was a state trooper and I learned from him just do what they say and complain the next day."