Here's what you need to know about Indiana's gubernatorial candidates

The three candidates for governor are hoping to win over undecided voters in the run up to Election Day. 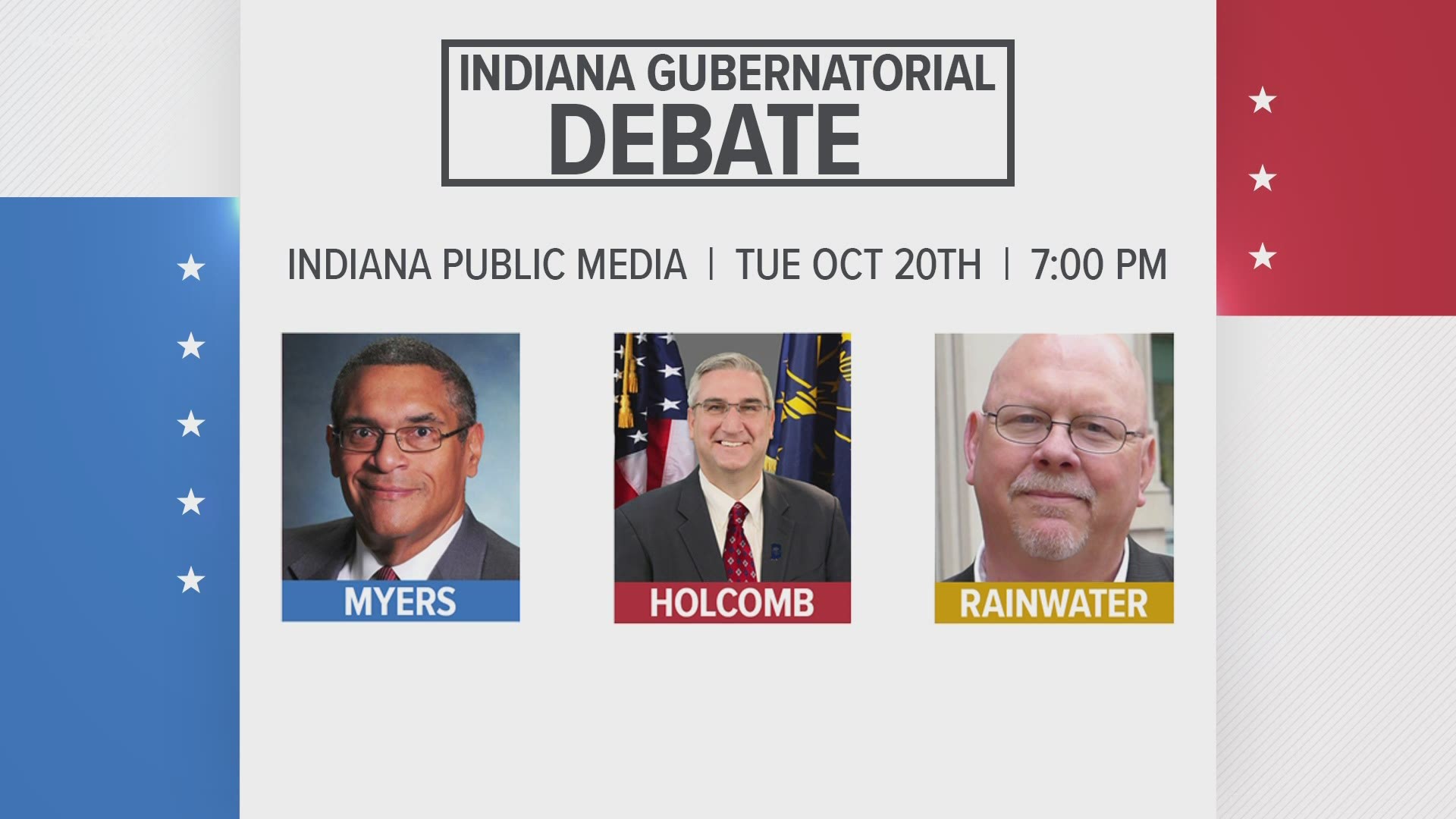 NEW ALBANY, Indiana — The three candidates for governor in Indiana are set to debate each other Tuesday, with the hopes of winning over undecided voters in the run up to Nov. 3.

RELATED: Voter Guide: What you need to know about voting in Indiana

The IndyStar has reported that no live audience will be present due to the pandemic.

Since the pandemic will likely dominate the debate, our political team compiled a brief biography on each of the three participants, along with statements they’ve made regarding the pandemic.

Holcomb was elected governor in 2016, and is just completing his first term. Before becoming governor, he served as lieutenant governor, and is also a Navy Veteran.

In the debate, voters will be watching for him to defend his approach to phased reopening in Indiana, which has been criticized by some democrats for being too rushed and by some conservatives for being to strict.

In a live stream address to Indiana residents on October 14, Holcomb said he made his decision to remain in stage 5 of reopening—despite growing case numbers—because of responsible action from citizens.

“We’re at the end of the first three weeks of stage 5, and I've made the decision to continue it for the next month, at least for now,” said Holcomb.  “We have countless examples of people who have adjusted the way they do business or hold events or gatherings, and they're proving it can be done responsibly.”

Running on the Democratic ticket is Dr. Woody Myers, a physician and former state health commissioner.

He has listed COVID19 response as a key issue for his candidacy since at least May, and has criticized Holcomb’s approach regarding businesses reopening.

In an interview with our partner station in Indianapolis last week, Myers said he believes the process has advanced too quickly.

“We've got to change our ways,” said Myers. “If we keep doing what we're doing, we'll keep getting what we're getting and the results are not good... We have to increase our social distancing. We have to decrease the size of any group that's congregating.”

Running on the Libertarian ticket is Donald Rainwater, a software developer who also teaches in technology.

Like Gov. Holcomb, Rainwater is a Navy Veteran; like Dr. Myers, he too has been critical of the response to COVID19 in Indiana—though he thinks it has been too draconian rather than too passive.

In YouTube and Facebook videos to supporters, Rainwater has said that he believes COVID19 is a real virus and a real threat—in fact, he said he has lost a family member to the virus—but said the state should not have the authority to force safety precautions be taken.

“I would never as governor mandate business closures, people staying in their homes for a period of time, masks, vaccines for that matter,” said Rainwater, on his YouTube channel. “I believe those are all personal choices.”