Jonathan Berkley said he was inspired by his 7-year-old son, who asked for money when one of his friends couldn't buy lunch at school. 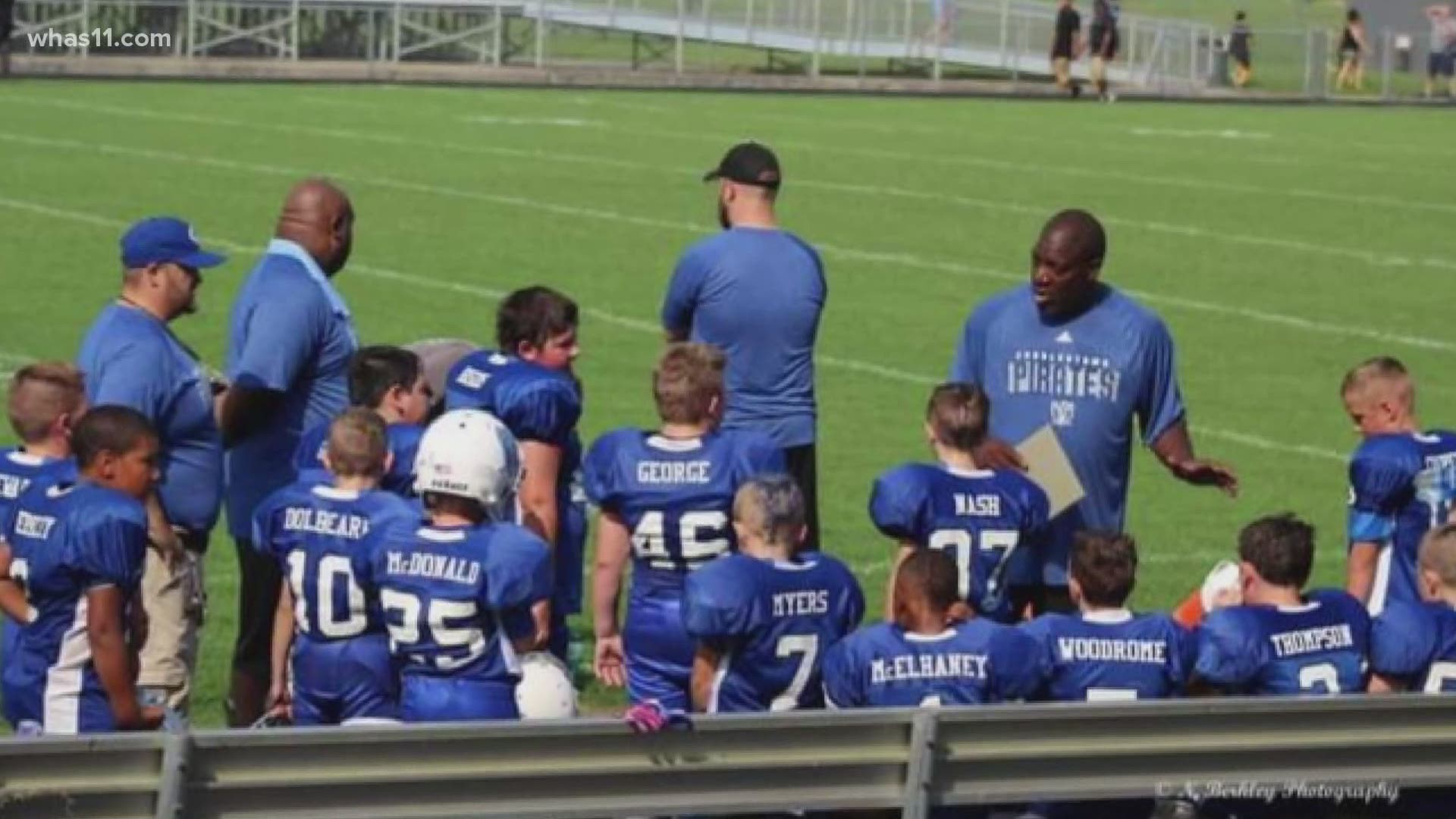 CHARLESTOWN, Ind. — A good coach can really make a positive impact on a child's life. And that impact sometimes goes far beyond the football field, basketball court or baseball diamond.

Jonathan Berkley is a youth football coach in Charlestown, Ind. During the pandemic, he's taken on another role - and putting his money where his mouth is.

"We take care of our own here," Berkley said.

One day after school, Berkley said his son came home with a special request. One of his friends wasn't able to get a school lunch that day, so Berkley's son asked his dad for money to pay for his classmate's meal.

"It upset him so much that it kind of upset me too," he said.

Inspired by his son's request, Berkley set up a Facebook page and started calling businesses for donations. Within three days, he had raised more than $1,300. He worked until every single student in the Charlestown school community had their debt paid off.

Greater Clark County Schools said there was some money left over, so they would use it to create an emergency fund for students who need help paying for their lunch in the future.

Berkley said he couldn't have done any of it without team support.

"When it comes to community getting together, this place sets an example for the world to see," he said.

The biggest score for Berkley is how these students see him - and what they call him.

This isn't the first - or last - time Berkley has done something good for the community. In November, he gave out 25 turkeys in West Louisville, where he's from, so families could have something special for Thanksgiving.

He said his ultimate goal in Charlestown is to establish a boys and girls club in the community.