'I'm just waiting for my call.' | Indiana doctor writes letters to the Colts asking to be quarterback

Clark County Health Officer Dr. Eric Yazel is a loyal Colts fan who has been writing to the team's GM for the last 14 years. He finally got a response. 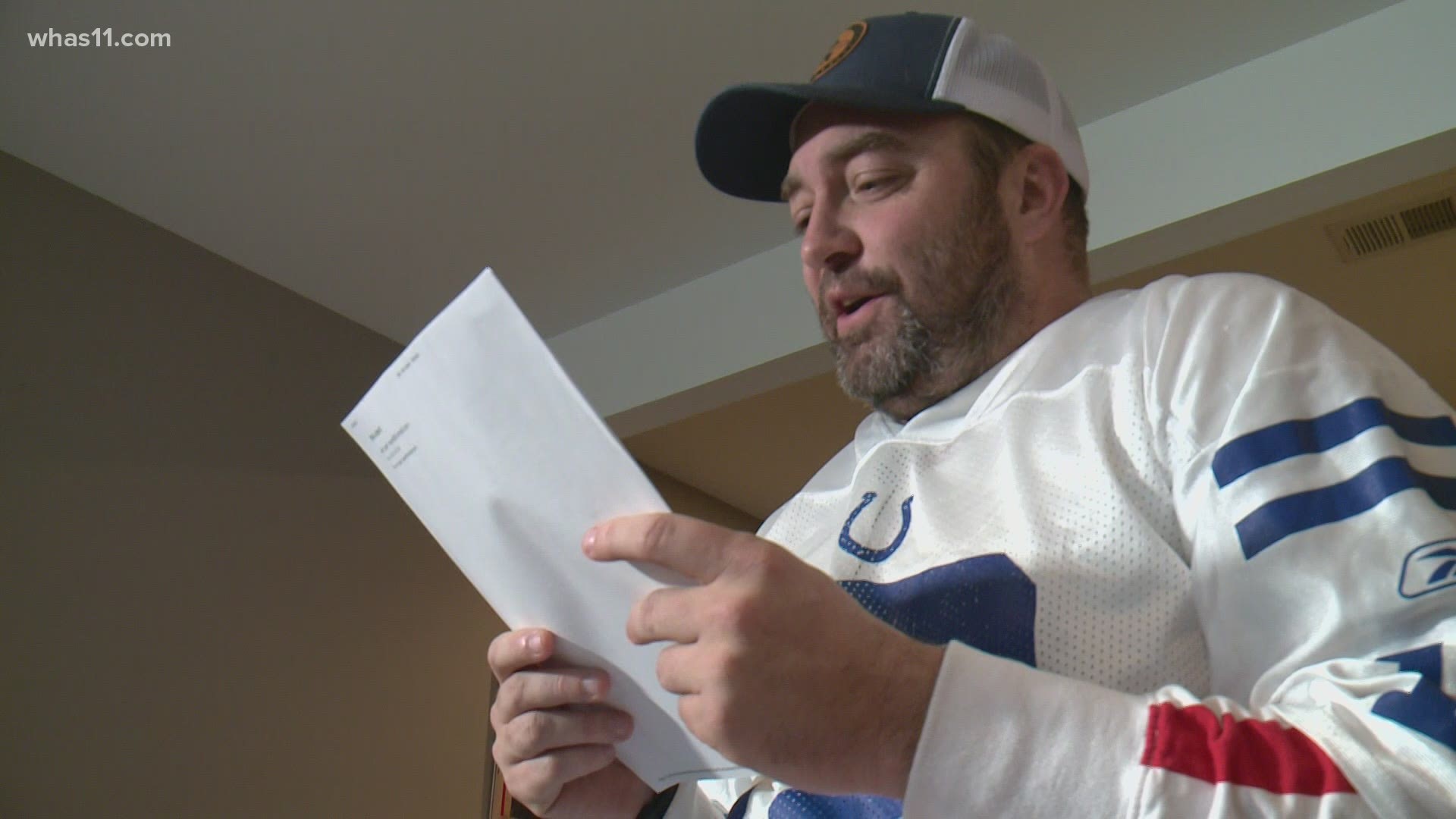 CLARK COUNTY, Ind. — Dressed in a Peyton Manning jersey worn over an American Flag jumpsuit, Clark County Health Officer Dr. Eric Yazel looks the part of an obsessed Indianapolis Colts fan. He grew up on the eastside of Indianapolis and remembers when the Colts first came to town.

"There were some pretty dark days back then. They were a tough team to root for," he said.

But his loyalty runs deep. He prides himself on staying loyal to a franchise that has seen some ups and downs over the years. He said it is just a passion, not an obsession.

Either way, his love for the team is strong and so is his sense of humor. Yazel, or among his friends and family Eric "Hurricane Blaine" Yazel, has been writing letters to the general manager of the Colts for the past fourteen years.

These aren't just normal letters though, they include self-deprecating humor and multiple reasons why Yazel should be considered for the quarterback position.

"A less visionary GM might be given pause by my age (44),  mediocre BMI, and relative lack of any athletic experience," a part of one letter reads.

He started writing letters in the early 2000s. He first sent a letter to the NBA declaring himself eligible for the draft. He ended up getting a response on the official NBA letterhead.

"I was like we ought to send something to the Colts. What is Manning's backup ever going to do?" he said.

So, he sent his first letter and then sent his second when the team switched to a new general manager. In total, he has sent three.

Yazel never got a response, until now.

"The last line of my letter said your two predecessors have something in common after reading my letter. No Super Bowl," said Yazel.

And that worked. Indianapolis Colts General Manager Chris Ballard was not going to make the same mistake. So, he called Yazel, but Yazel didn't recognize the number and ignored the call.

"It was a Houston area code, and I thought it was the Texans calling. I will listen to some other options but I am not going inter-division," he said.

Thankfully, Ballard left a voicemail. He jokingly said it was the best letter he had ever received.

"The last two guys ignored your letter, and didn't go to the Super Bowl. There is no way I am ignoring that," said Ballard.

Yazel's plan worked. Now, Yazel is just waiting for Ballard to ask him to come to Indianapolis to lead the team to victory.

Despite eyeing the quarterback position, he has never played football.

"I actually played basketball and tennis. I just love the Colts," he said.

Yazel stands at 5 ft 9.5 inches, is left-handed, and has a 40-yard dash time that may not compete with others in the league. But what he lacks in physical ability, he makes up for with leadership skills and the love for the franchise.

"I'm a guy they can get behind. I'm a good locker room guy. I'm ready. I'm just waiting for my call," Yazel said.