'If you don't address it, it doesn't go away.' Southern Indiana group wants to bring back improv to address racial inequality

The production stopped in 2003, but some say it's time to bring it back 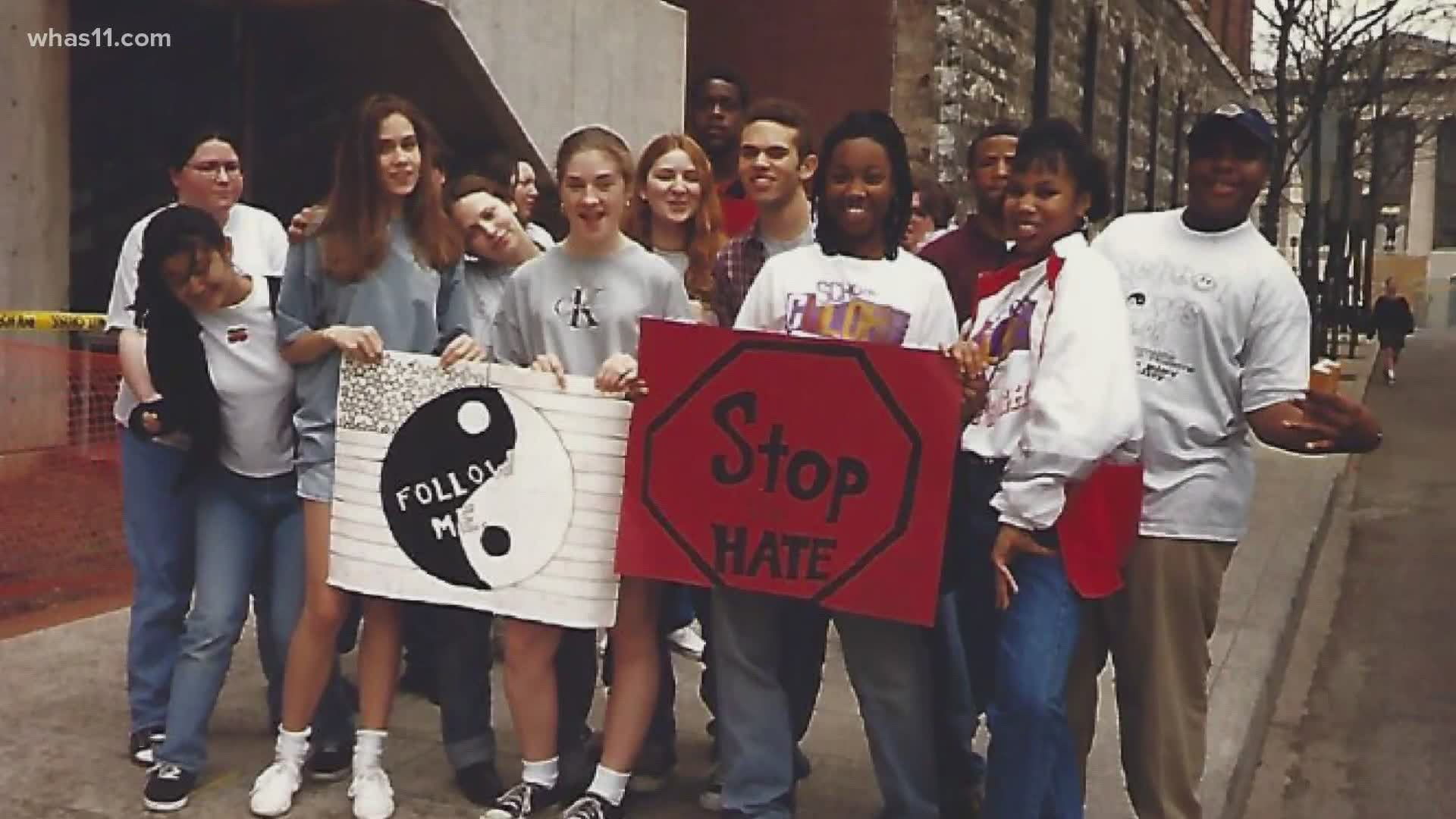 JEFFERSONVILLE, Ind. — Some neighbors in southern Indiana are working to bring back a production that originally took place at Jeffersonville High School to challenge students to talk about race.

"We just need to go, we need to go back," said Jenni Herfel, who created the production, called School Colors, in 1993. Herfel was the theater director at Jeffersonville High School at the time.

"We had a class of white kids, so we partnered with a class of African American History that had mainly black kids and we began to meet after school just to kind of throw some ideas around,” she said.

That conversation led to the School Colors production: a series of improv scenes based off student's lives and centered around race.

"We covered other issues such as interracial dating or people making fun of folks who want to be white or people who want to be black,” said Teah Williams-Hampton, who was in the original production.

But Williams-Hampton views School Colors as much more than a production.

"It actually helped us to learn how to respect each other and to have a civil discussion,” she said, adding that she uses skills from that experience in her life today.

In 2003, Herfel switched her title from theater director to guidance counselor with the school, which halted the production. Now Williams-Hampton and Herfel are working with others in the Jeffersonville area to bring it back this fall. The two say with the current climate, its important to continue conversations around race.

"If you don't address it, it doesn't go away,” said Herfel.

"My daughter started to talk about these things, interracial and intraracial experiences that she was having and I remember thinking… I wish she had a space or a group of people like we did to be able to process the things that are going on,” said Williams-Hampton.

The group working to bring the production back are starting to fundraise for production costs. Any leftover money will be put towards scholarships for students at Jeffersonville High School.