According to the plan, Bridgepoint Elementary and Corden Porter would close and the students would be transferred to other schools in the district. 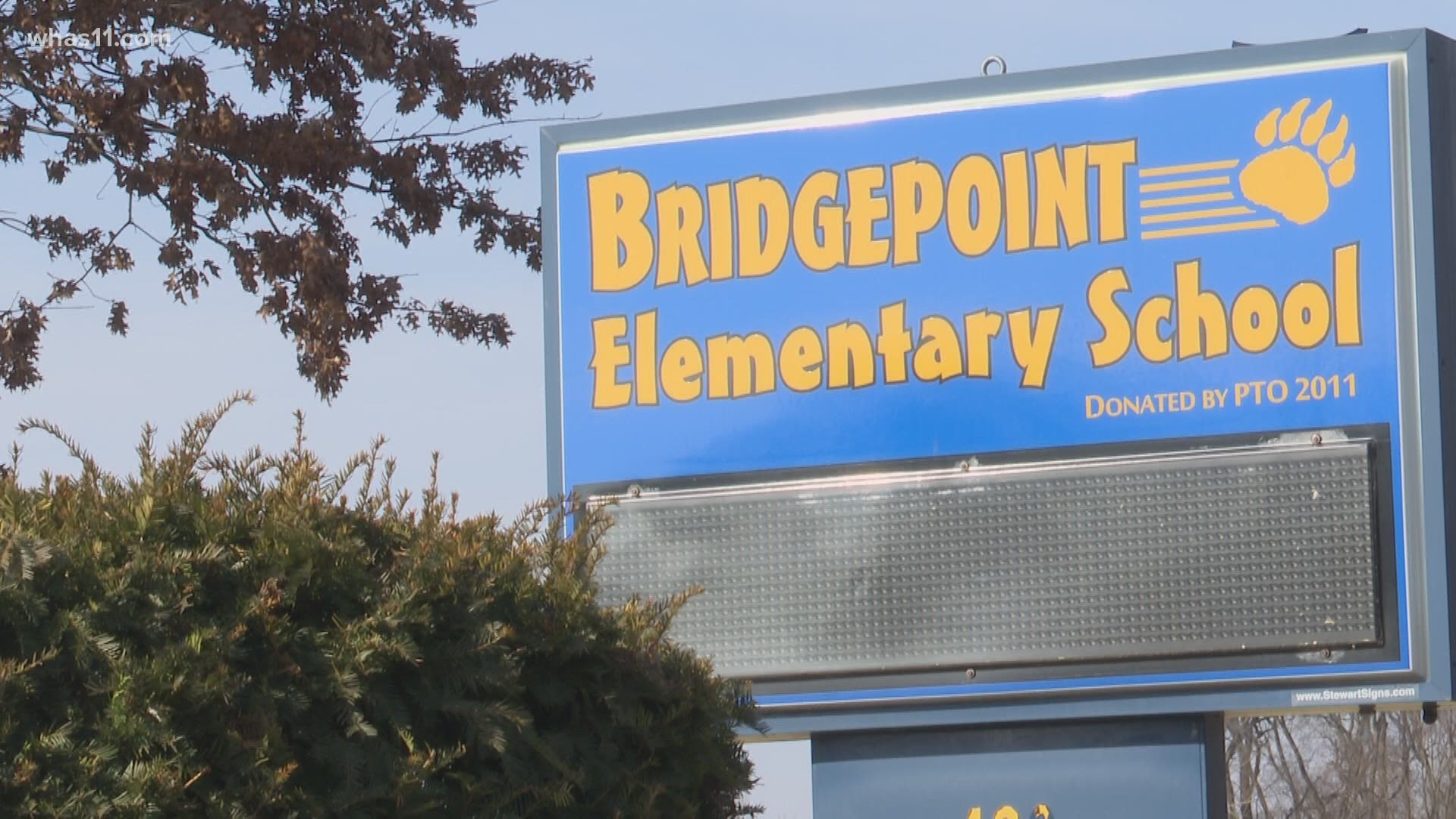 CLARK COUNTY, Ind. — Greater Clark County Schools (GCCS) may go through major budget cuts in 2021 to save money, according to a proposed plan released by the district.

According to a document on the district's website, GCCS has been in "deficit spending" for several years and is running out of funds.

"Due to the serious effects of prior decision-making priorities and the uncertainly of adequate state funding resources for education, Greater Clark County Schools have been forced to comply to a cost reduction plan," the presentation says.

The goal of the plan is to save the district an estimated $6 million.

The plan includes shutting down two schools - Bridgepoint Elementary and Corden Porter - to save nearly $1.3 million each year. The district said eliminating the schools would also help reallocate resources more proportionally among its schools.

Bridgepoint Elementary students would be moved to Franklin Square Elementary and Riverside Elementary, according to the plan. Middle and high school students at Corden Porter would be transferred to Jeffersonville High School, River Valley Middle School or Parkview Middle School.

The district said the change would eliminate several positions, including principals, teachers and custodians and that affected staff members would be "reassigned through attrition."

The proposed plan also includes a new staffing formula for the Related Arts programs, changes to bus routes and adjustments to its facilities plans.

Bridgepoint Elementary is home to Kristi Geary's family. Her husband attended the school, along with her two sons Maddux and Dylan.

"That entire school is an extension of our family" she said.

Her husband attended the school, along with both of her sons. Her youngest, Maddux is a 2nd grader there now.

Geary is not a supporter of closing Bridgepoint.

"I can’t fathom why this is the only option. Every time there is a budget cut, it is close down schools, cut programs." she said.

The proposal has been hit with backlash. Parents have started a petition to save Bridgepoint Elementary. They say closing the school will unfairly impact low-income students.

Geary believes more options needs to be considered before coming to a final decision. Both the superintendent of the district Mark Laughner and Geary believe the state can do more to help financially.

In a meeting Tuesday, Superintendent Mark Laughner briefly spoke to the GCC Board of Schools Trustees about the plan.

"I do not believe the state has been doing their part in terms of funding public education in Indiana," Laughner said. "Also, on our side of things, we have to do our part."

Geary says, if the state were to do more, the district would not be forced to make budget cuts.

Laughner said the proposed plan will be discussed in more detail on a meeting Jan. 14. Thursday's meeting is a work session, so the plan won't be voted on, but the district plans to ask the board for their approval in a session on Jan. 26.

It's disappointing that the school board is considering closing Bridgepoint Elementary School.  It's even more unacceptable that drastic cuts are on the table.

While this is a decision made entirely by the school board and not the City of Jeffersonville, I firmly oppose the closure of any school in our city.  Schools such as Bridgepoint do more than just educate our kids.  They're a place for neighbors to connect. They serve as a catalyst for community pride.

It was just a year ago in my State of City speech, when I called upon businesses and community leaders to step up, and find ways to help our local students succeed.  Now, the very people who are entrusted with educating our kids, are talking about taking away art, music, gym and other enrichment opportunities.

In my time as Mayor, we've made helping our schools a priority.  We've done it with Jeffersonville's Promise.  And we've done it by donating a portion of our tax revenue back to Greater Clark County Schools. It's an important partnership that every school board member hopefully understands and appreciates.

We've fostered that partnership because our future success as a city depends greatly on our ability to build a workforce of the future.  Frankly, it's the wisest investment we can make.

So I'm urging you to contact your school board member and ask them to oppose closing Bridgepoint and to avoid drastic cuts to curriculum.  Together, we can find a better way.  One that keeps our neighborhood stronger and puts kids first.