A brand new exhibit in New Albany is featuring some Louisville artists working to enlighten people about graffiti art. 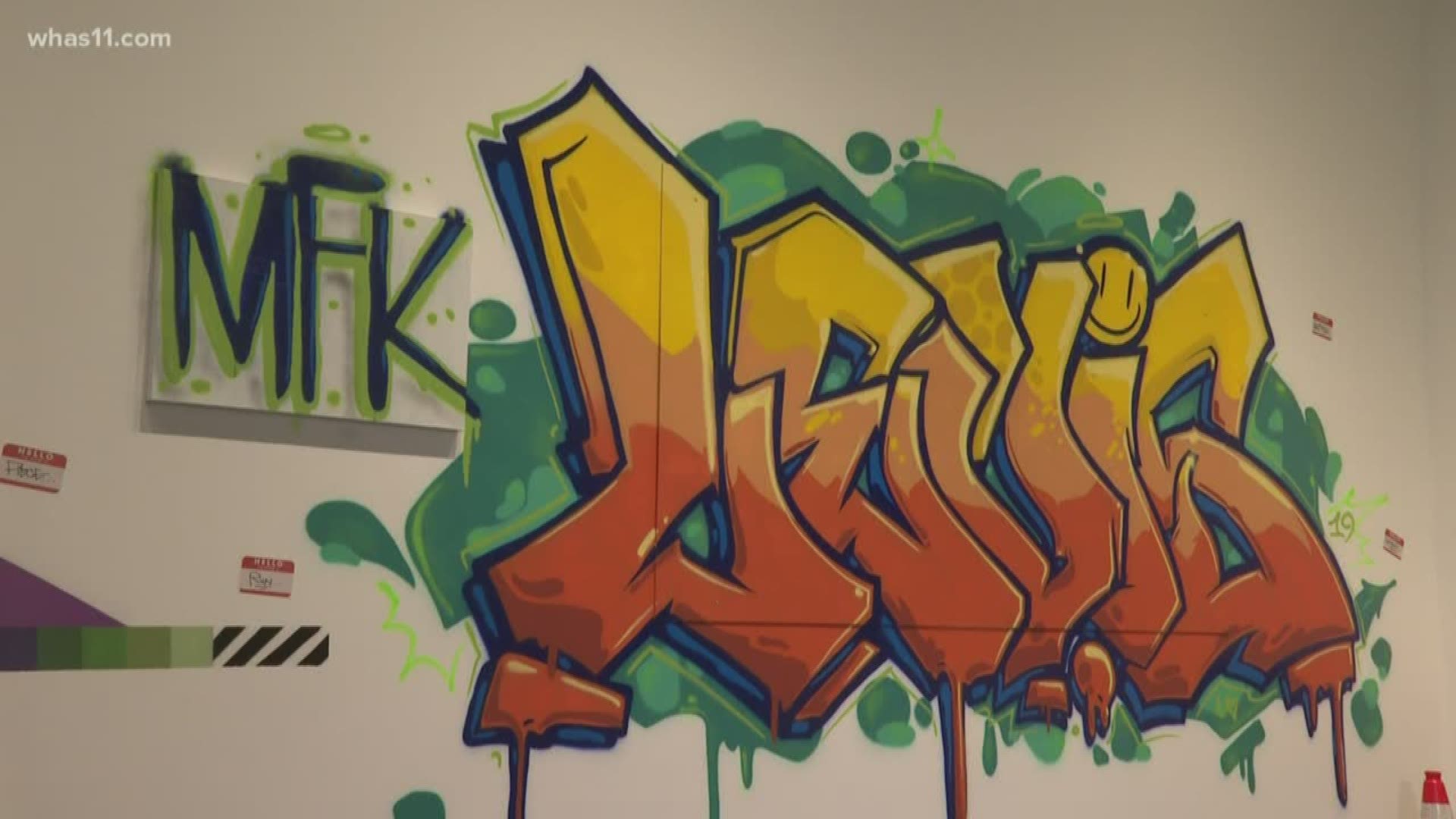 Now, you’ll find it inside the Carnegie Center for Art and History.

“Graffiti art is something that is so accessible. People see it every day in their lives and when you bring it into the museum walls, people see it a different way,” Eileen Yanoviak, the center’s director, said.

The new exhibit it called Marks on Society and it dives into the history and culture of graffiti.

“It definitely has a deep culture to it that I think a lot of people do not understand,” Jacob Duncan said.

Duncan is the lead designer for “Often Seen Rarely Spoken,” a Louisville-based company behind the display.

He hopes the exhibit will shine a lite on the roots of the movement.

“Graffiti is probably one of the fastest growing art movements in the world right now,” Duncan said. “So we wanted to touch on a few of the different forms of graffiti – from the basic tags to pieces to murals as well as railroad culture,” he said.

Just like the graffiti seen on city streets, the art will change over time.

"To simulate how graffiti grows and changes out in the real world, inside this exhibit it will change and grow as well,” Duncan said.

Yanoviak added, “So if you come back during the run of the show, you'll see something new."

It's the first museum exhibit Duncan's company has done, but it's one he hopes will bring a new perspective.

"Graffiti culture is a very wide-ranging thing that brings a lot of people together, that maybe people don't necessarily understand. We hope that this exhibit can shed some light on more of the overarching culture of graffiti."

The exhibit opened on Friday and will run through Feb. 8.