Governor says teacher pay to be addressed next year, teachers say time to act is now

ISTA still has other avenues to work around the governor and is already pursuing them. 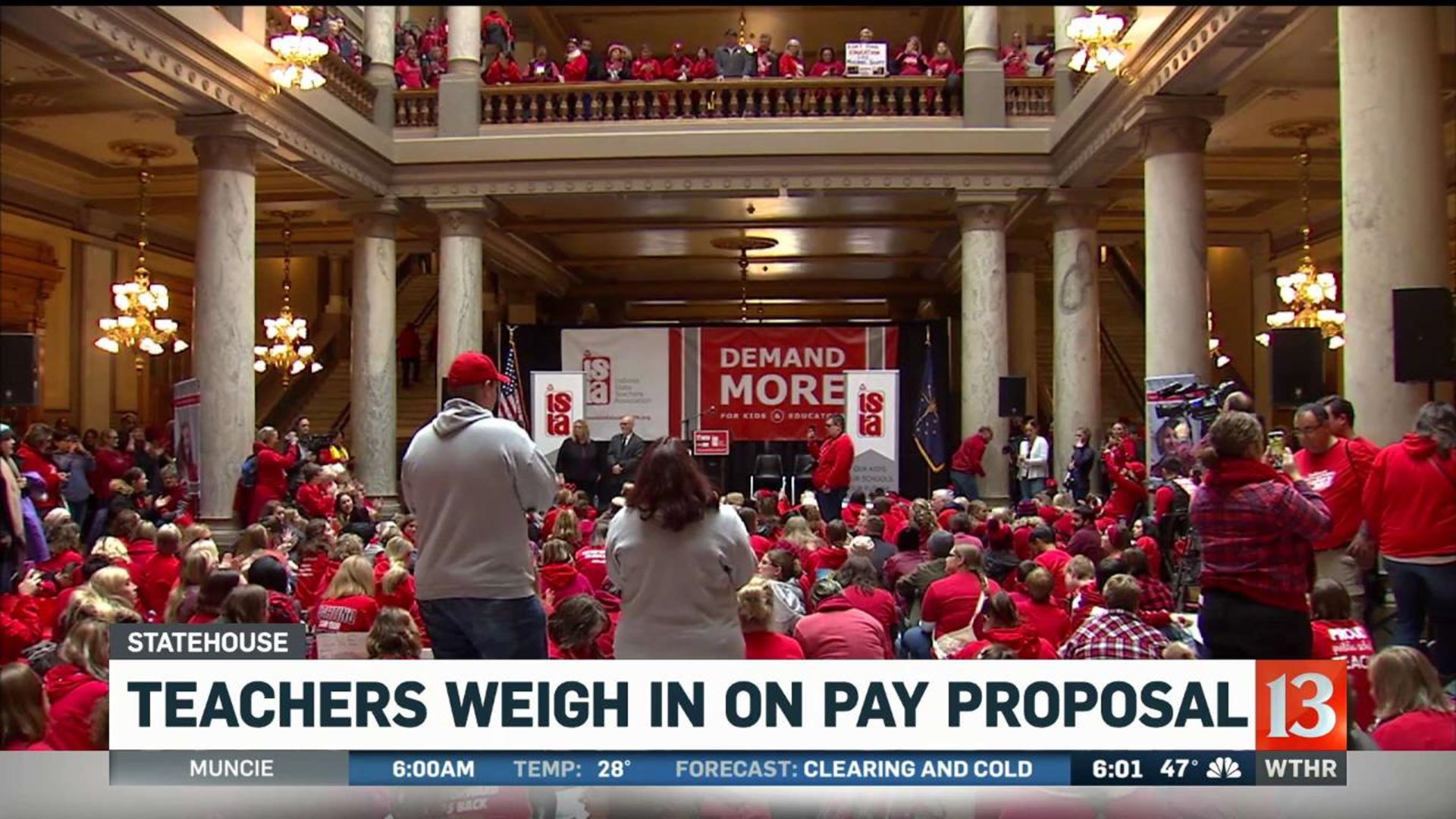 INDIANAPOLIS (WTHR) — Teachers hoping for a state-funded pay raise this year will have to wait.

In his State of the State address Tuesday night, Gov. Eric Holcomb said while he wants to make salaries competitive with other states, it won't be on his agenda until next year. That's because 2021 is already a budget year.

"We have folks we want to make sure are able to stay in the profession and stay in Indiana and we need to act now," he said. "Our fear for waiting yet another year is that we're going to lose too many good teachers and that simply isn't right for our students."

Robin Lawrence, a Pike Township teacher for 17 years agreed, saying of the governor, "He said in his speech, the people of Indiana, our youngest Hoosiers, the future of Indiana are most important, but our money and time shows what we value, and the money's not there."

Lawrence was one of the thousands of educators who attended the Red for Ed Rally at the statehouse in November. She said while she's glad the governor supports other issues addressed at the rally, such as holding teachers harmless from I-Learn scores and repealing new teacher licensure requirements, pay is critical.

"If we calculate what I make now as opposed to what I made when I started teaching 17 years ago and adjust for the cost of living, I'm making 15 percent less than 17 years ago," Lawrence said.

ISTA still has other avenues to work around the governor and is already pursuing them.

"We still have the house and senate and we will continue to work with lawmakers to move it forward," Gambill said.