It's part of phase two in a redevelopment plan from 2017 that seeks to bring new life to the rural town. 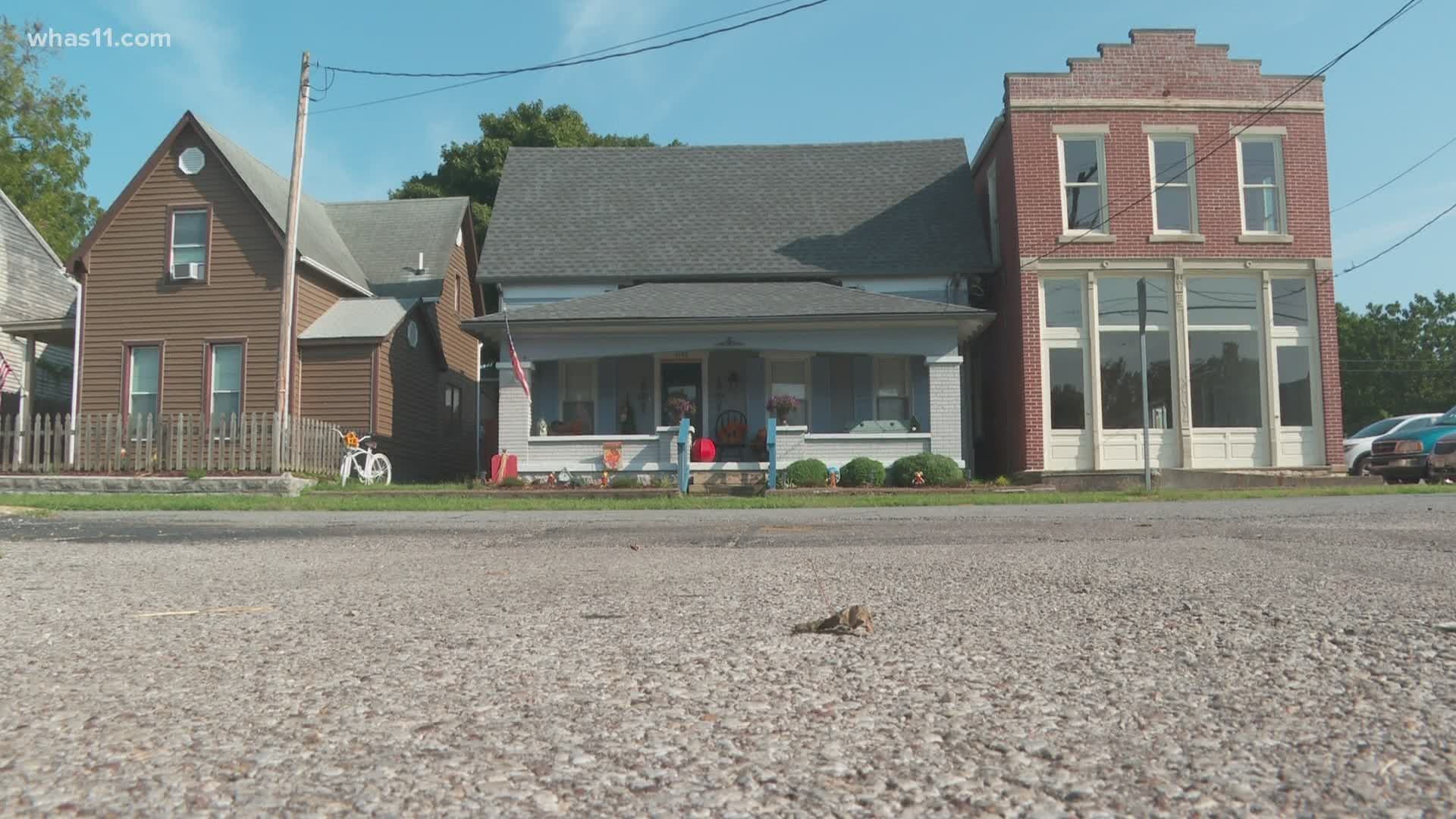 GEORGETOWN, Indiana — Leaders in Georgetown are seeking a tenant for the old Georgetown State Bank building, which has sat empty for about 10 years.

Since a redevelopment plan was approved in 2017, town leaders have been working to make the downtown more welcoming to pedestrians and businesses.

"Out of the redevelopment plan it was identified that the old Georgetown bank building would be a key anchor for downtown," said Georgetown Town Council President Chris Loop.

The building dates back to 1909. A vault is the only thing still inside the building, but the outside has a new facade thanks to grant funding.

"It's got new windows, new tuck pointing, new roof, the works," said Loop, who said they're open to ideas of what to do with the space.

"It would be really cool to have a brew pub or some type of little restaurant," Loop said. "Obviously with our proposals that we're gathering, there could be something out there that we haven't thought of."

Loop said he hopes whatever fills the space will attract people to come and stay for a while. He said the town is also willing to pitch in on funding.

"Depending on the proposal that we get, we have funding, and we will be willing to work to make it happen," he said.

In the meantime, work elsewhere has not stopped. The town has finalized a sidewalk and retaining wall project and just approved a park project to connect an existing park to downtown.

"That's probably a five million dollar project," Loop said. "With the pandemic hitting, it does just seem like things are just stuck. But we know it's not going to be here forever. It's going to pass and we need to work today to build this."

Proposals are due by the end of October. For more information on how to submit a proposal, click here.