If you’re traveling in New Albany, you may not notice the sign for Freedomland Cemetery. Tim Allen did, and he's been working to restore it for 8 years. 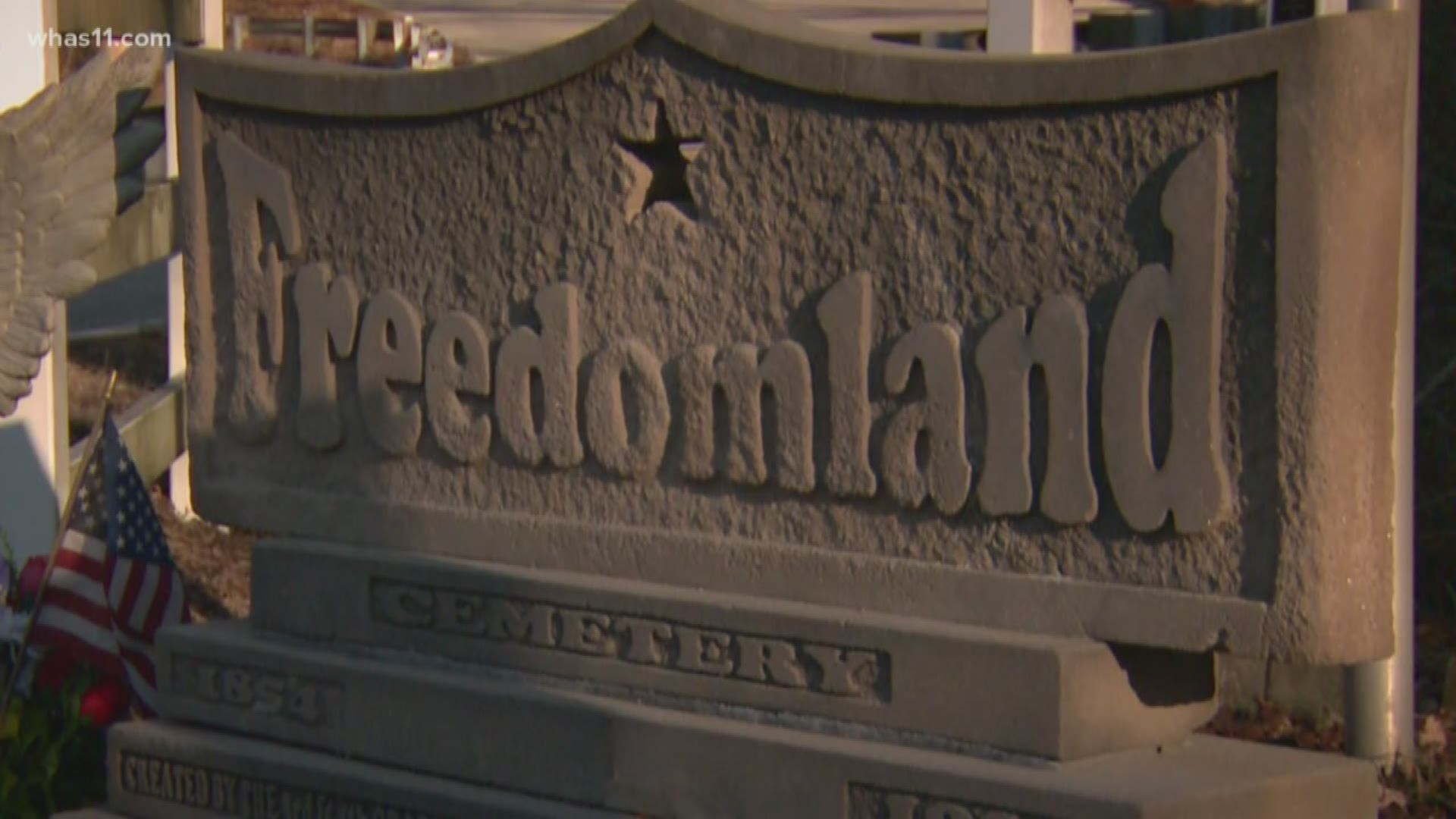 NEW ALBANY, Ind. — Hundreds of headstones in a historic New Albany cemetery were on the brink of being swallowed up by time. After an accidental discovery, an Indiana man now makes it his mission to keep this history above ground.

If you’re traveling down Paoli Pike in New Albany, you may not notice the sign for Freedomland Cemetery. Tim Allen certainly didn’t, until he practically stumbled across the area while walking in the woods near his home 8 years ago.

The historic African American cemetery was established sometime in the 1800s, during the time of segregated cemeteries. It was known as Colored Peoples’ Burial Ground until the name was changed by S. Ellen Jones Elementary School in 2002, according to the News and Tribune. The site is one of the oldest black cemeteries in Indiana and has been abandoned since the early 1900s.

“This is a valuable part of history,” Allen said.

The site holds 300 known burial sites, but very few have any recognizable markings on them. Historian Pamela Peters told the News and Tribune that there are only a few known records of the people buried at Freedomland, and only a dozen names are listed.

Over the years, the gravestones have sunk into the ground, their histories buried with them. Once Tim Allen discovered the site, he dedicated his time to uncovering these stones.

“It’s a rock in the ground to most people, but to me, it’s a treasure that needs to be protected,” he said.

Over the last 8 years, Allen discovered 272 stones and has raised 39 of them to their proper levels, according to the News and Tribune. He uses pink flags to indicate stones that need to be made visible again and carefully brings them back to the surface.

On top of the restoration efforts, Allen spends time every fall cleaning debris and leaves from the site. The area is surrounded by trees, and he said the stones get covered by more than a foot of leaves each year.

“They’re just being swallowed up by time and I can’t see that happen.”

Allen hopes his efforts will inspire others in the community to help with Freedomland’s restoration. But, even if he’s the only one doing the work, he believes every day is worth it because of the ones who rest beneath the graves.

“I’m not going to let this place perish because I believe they fought for freedom more than anybody I could ever meet,” he said.

You can follow Allen’s restoration efforts, and learn about any upcoming community clean-up projects, on the Freedomland Facebook page.