The Archdiocese reports Albert Vincent Deery, who served as the pastor of St. Augustine in Jeffersonville, abused at least 23 victims. 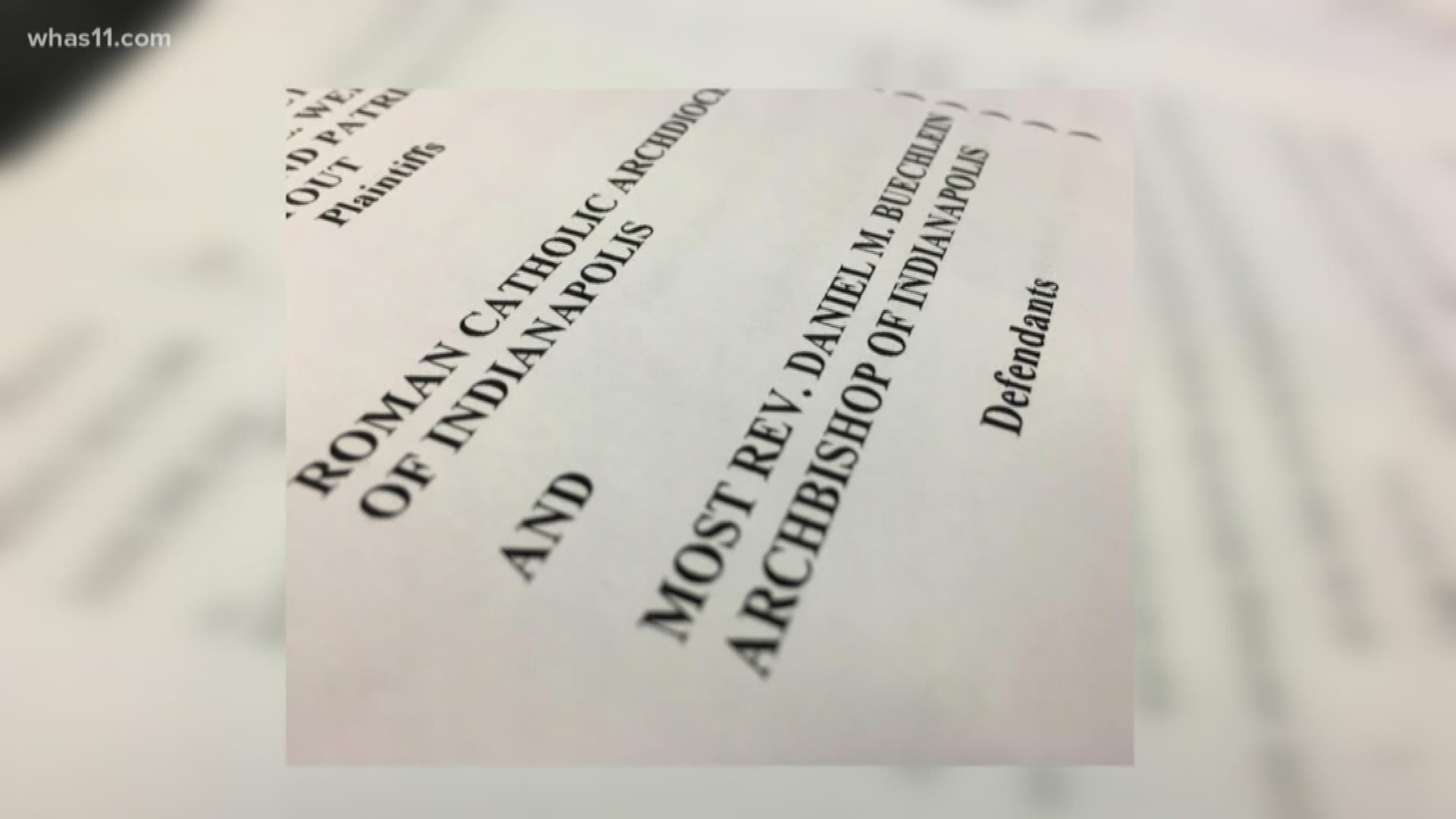 JEFFERSONVILLE, Ind. (WHAS) — It's hard to miss St. Augustine Catholic Church with its metal crosses towering in the sky at the corner of Locust Street and Chestnut Street in Jeffersonville, but there are some things at the church that have not been as obvious until now.

"A lot of people have been let down by the Church, so we're doing all that we can to try to make right some of these wrongs," Father Doug Marcotte, the pastor of St. Augustine, said.

The Archdiocese said an allegation was deemed credible "if, after a thorough investigation and review of available information, the accusation was determined to be more likely to be true than not in the judgment of the Archdiocesan Review Board."

“I pray the release of this list of credibly accused clergy will help all survivors of sexual abuse find the strength to come forward and will set them on the path to healing,” Archbishop of Indianapolis Reverend Charles C. Thompson said. “I apologize to all victims for the abuse that was done to them and for the failure of the Church to keep them from harm. I pledge to do everything within my power to protect our youth.”

Among the names listed is Albert Vincent Deery, who served as the pastor of St. Augustine from 1942 until his death in 1972. The Archdiocese reports Deery abused at least 23 victims.

Deery was also the subject of a lawsuit filed in 2002 against the Roman Catholic Archdiocese of Indianapolis and Rev. Daniel M. Buechlein, then the Archbishop of Indianapolis, with 23 plaintiffs accusing Deery of sexually abusing them during his time at St. Augustine, and accusing the Archdiocese of trying to cover up the abuse allegations.

The case was dismissed in 2006 by Clark Circuit Court Judge Daniel F. Donahue, citing the statute of limitations.

"I preached from the very same pulpit that Albert Deery used to preach from, and I think that it's important that people hear their pastor, the pastor of Jeffersonville, condemn the acts of this former pastor who was a monster," Marcotte said.

Marcotte, who has served as the pastor of Sacred Heart and St. Augustine Parishes for four years, said it was important for him to be as transparent as possible with his parishioners, hoping his open condemnation spurs Deery's victims to seek help.

"Even though he's been dead for over 45 years, this is still something that hurts the people of this community," he said.

"One of the ways people are able to continue to sexually abuse is the fact that there are no consequences," Marcotte said.

Marcotte said St. Augustine takes part in a program called Safe and Sacred, which provides mandatory training to all clergy, employees and volunteers working with children on, among other things, how to look for signs of abuse or grooming. The program also runs a background check on all employees and volunteers who interact with children. According to Marcotte, there have not been any allegations of abuse during his four years at St. Augustine.

Marcotte acknowledges all the priests listed in the Archdiocese's report have already been removed of have died, but he said the release of the names is a necessary first step in regaining the public's trust and to make sure someone like Deery is not given a platform in the Church again.