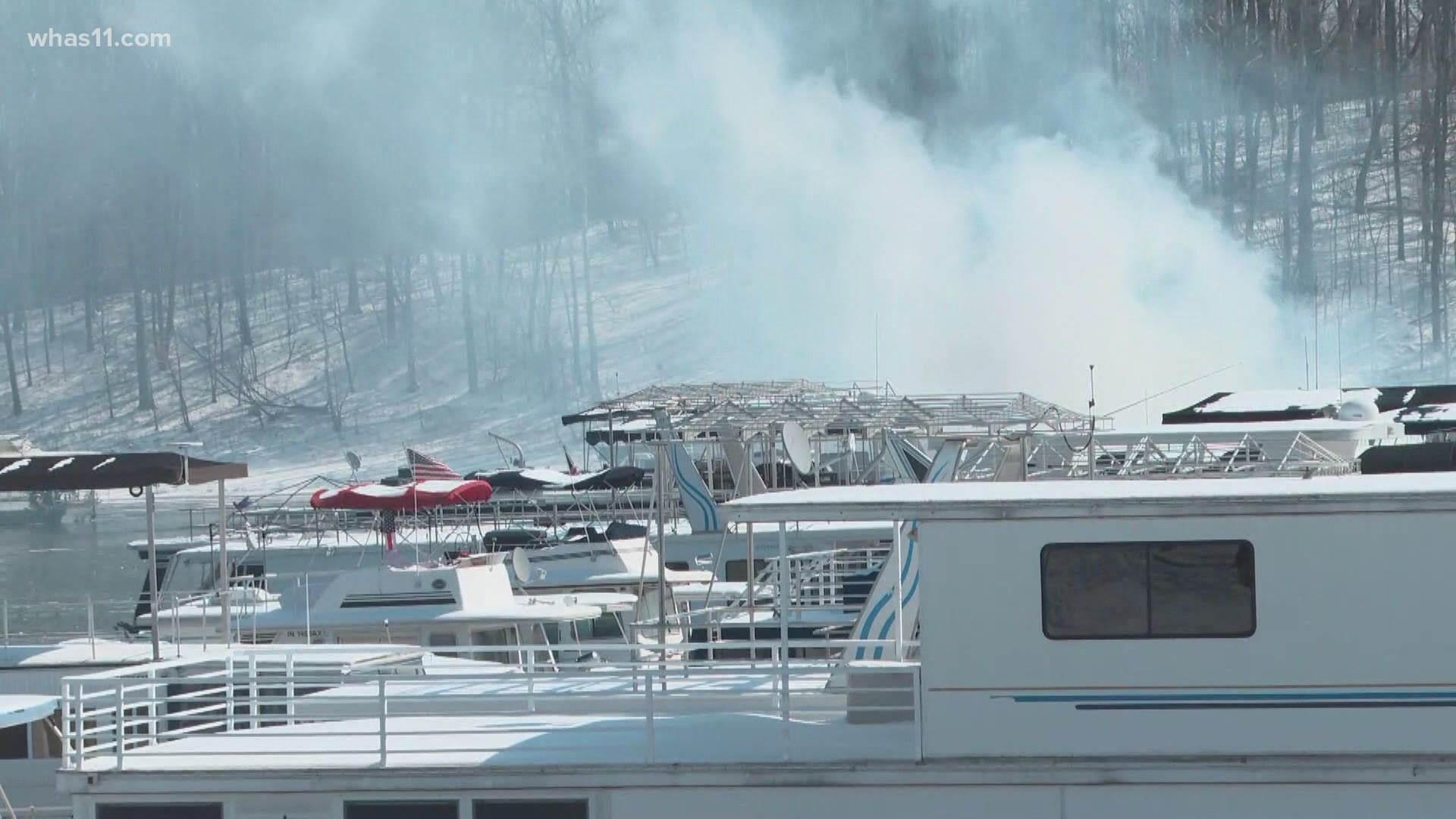 CELESTINE, Ind. — Eleven houseboats burned as a blaze ripped through a southern Indiana marina on Friday and the damage continues to get worse.

Officials said seven of the 11 boats that were destroyed have now sunk.

The fire broke out at the Hoosier Hills Marina at Patoka Lake in Dubois County, about an hour northwest of Louisville.

It was one of the largest fires officials in the area have responded to and they still don’t know what caused the fire. The marina is closed for safety issues.

The boat recovery team will be working to recover the sunken boats in the weeks ahead.

In Southern Indiana Friday morning, dozens of boats were damaged during a fire at the Hoosier Hills Marina off Patoka Lake in Dubois County.

Dispatch received the first call around 9 a.m. and by the time fire crews arrived, the blaze was out of control.

Indiana Conservation Officer Joe Haywood said crews were immediately met with the challenge of getting water down to the marina to put out the rapidly spreading fire. Ice on the dock made the situation more difficult.

“It is just a matter of time and how fast the fire moved. And the fact that they are dealing with ice on the water. The ropes that had the boats tied are frozen, and you may have four to eight boats tied to a rope. There were just a lot of challenges to get it to where we are,” Haywood said.

Assistant Chief Kurt Sermersheim said because of the boats being so close together, the fire spread rapidly.

“It's almost like a house fire. Everything was so close together, you couldn’t get around them to put water on them, to put it out. It made it a little bit harder to put it out," he said.

No injuries were reported and the cause of the fire has not been determined.

RELATED: 'It has been a really long day.' | Crews work massive fire at Campbellsville business

RELATED: The significance of Louisville's Engine 8 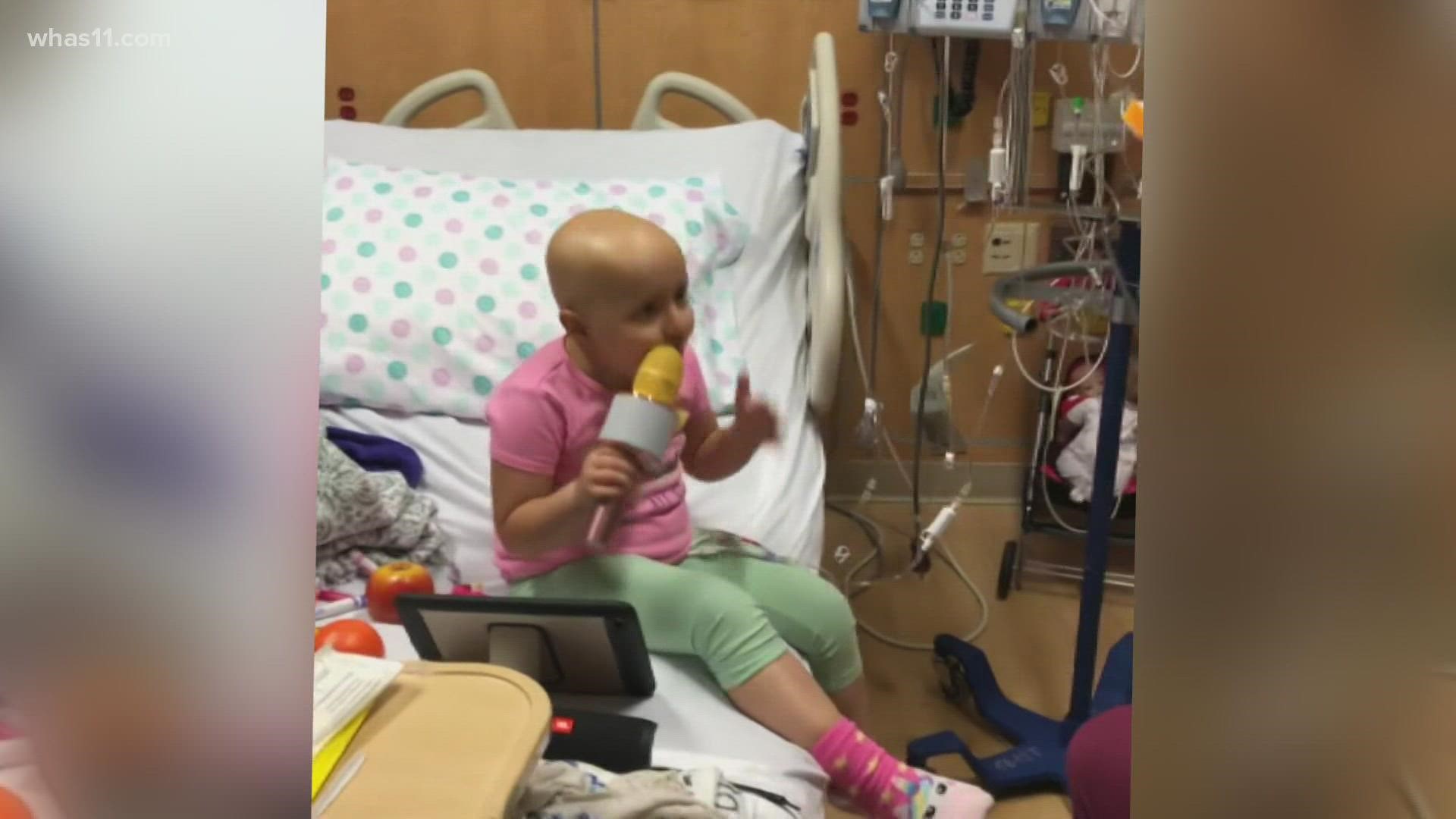 'Priceless': 5-year-old with cancer gets boost from music therapy