Neighbors in Elizabeth locked an intruder into a cellar as they waited for police to arrive Monday morning. 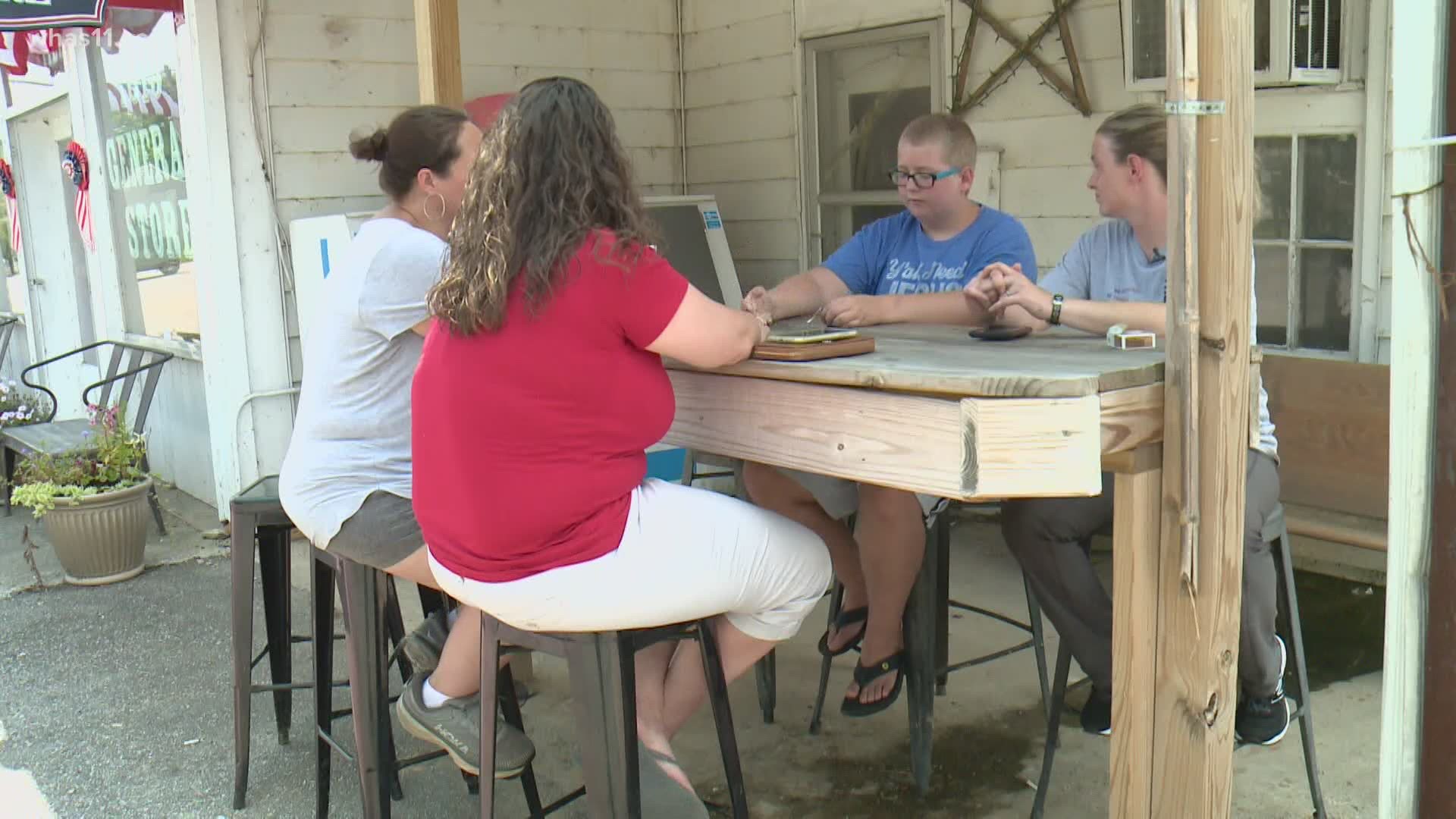 LOUISVILLE, Ky. — The people living in the small town of Elizabeth, Indiana know and look after one another. That's why when residents saw an intruder entering homes, they worked together to trap the suspect while awaiting police.

"It's scary, it totally took our sense of security," said Misty Atwood, manager at the local 1819 General Store.

Atwood's husband called her and said he ran off a man who went into their home and talked to her kids.

"You don't come into my house, fist bump my kids and think that that's okay," Atwood said. "There has to be consequences."

Atwood chased him down an alley and saw him approaching her neighbor Michelle Evan's home. The man walked into the cellar.

"The fact that he walked into the cellar was pretty great," Atwood said. "He trapped himself."

Evan was in her office working from home, and heard her cellar door slam down.

"Of course the dogs started barking and when I got up, Jen and Vincent and Cathy were all here and they were all telling me to get out of the house and if your son is here, get him out, there's a strange man in your cellar," Evan said.

Six neighbors trapped the 21-year-old by standing on the cellar door while calling the Harrison County Police Department.

"He hit it a couple times trying to get out," Atwood said.

According to a probable cause affidavit, officers with the Harrison County Police Department arrived at the cellar on Dogwood Street. When they arrived, the suspect "suddenly started to run," just missing a truck traveling down the road.

Police said the man then tried to bribe officers on his way to the Harrison County jail, first offering $1,000 for his release before upping his bribe to $2,000 and $5,000. He is being charged with bribery, trespassing and resisting law enforcement.

Evan said she was happy to see her neighbors help her when she needed them most.

"A lot of times people would just turn a blind eye and they wouldn't have done anything," Evan said. "I'm thankful that they were all here and showed up."

RELATED: Suspect in custody in connection to homicide at Clarksville apartment building