Indiana State Police believe speed was a factor in the crash. The interstate was closed for nearly eight hours and three cows are still unaccounted for. 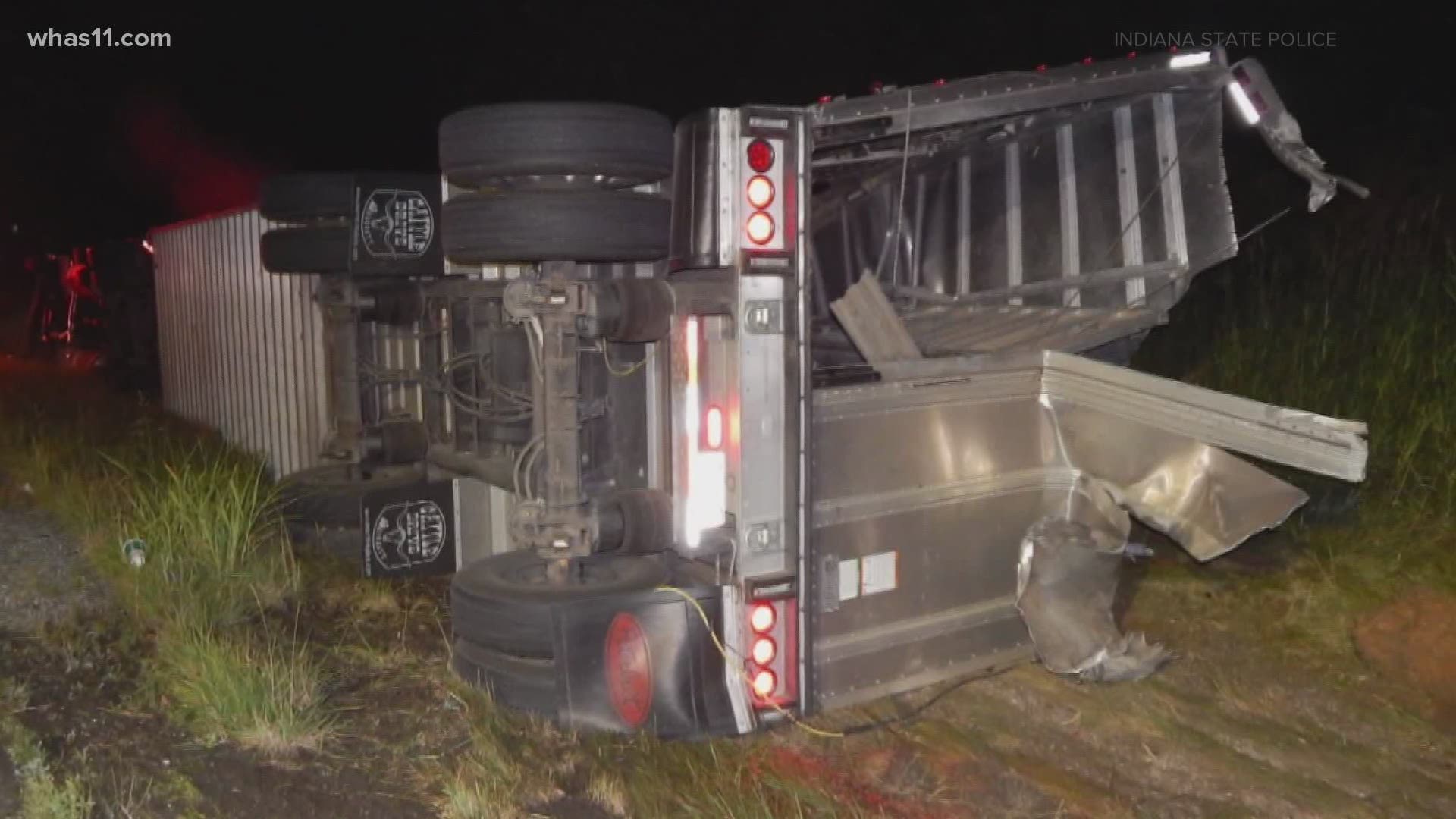 According to Sgt. Cary Huls with ISP, I-64 was closed in both directions around 10:30 p.m. after a cattle-hauler carrying 92 cows overturned on the interstate. Police believe the driver of the truck, who sustained minor injuries in the crash, got out of his lane in a construction zone and over-corrected. Sgt. Huls said investigators also believe that the driver may have been going too fast.

Around 40 cows ended up on the interstate and police said 16 died in the crash. The Harrison County Sheriff's Department, local first responders, and local ranchers helped corral the loose cows. Three cows are still unaccounted for and were not found near the interstate.

Police said if anyone sees a loose cow, they should call 911 so it can be corralled and taken to a safe location.

The interstate was reopened at 6 a.m. on Tuesday.

RELATED: 1 dead in motorcycle accident on I-64 near Mellwood Avenue