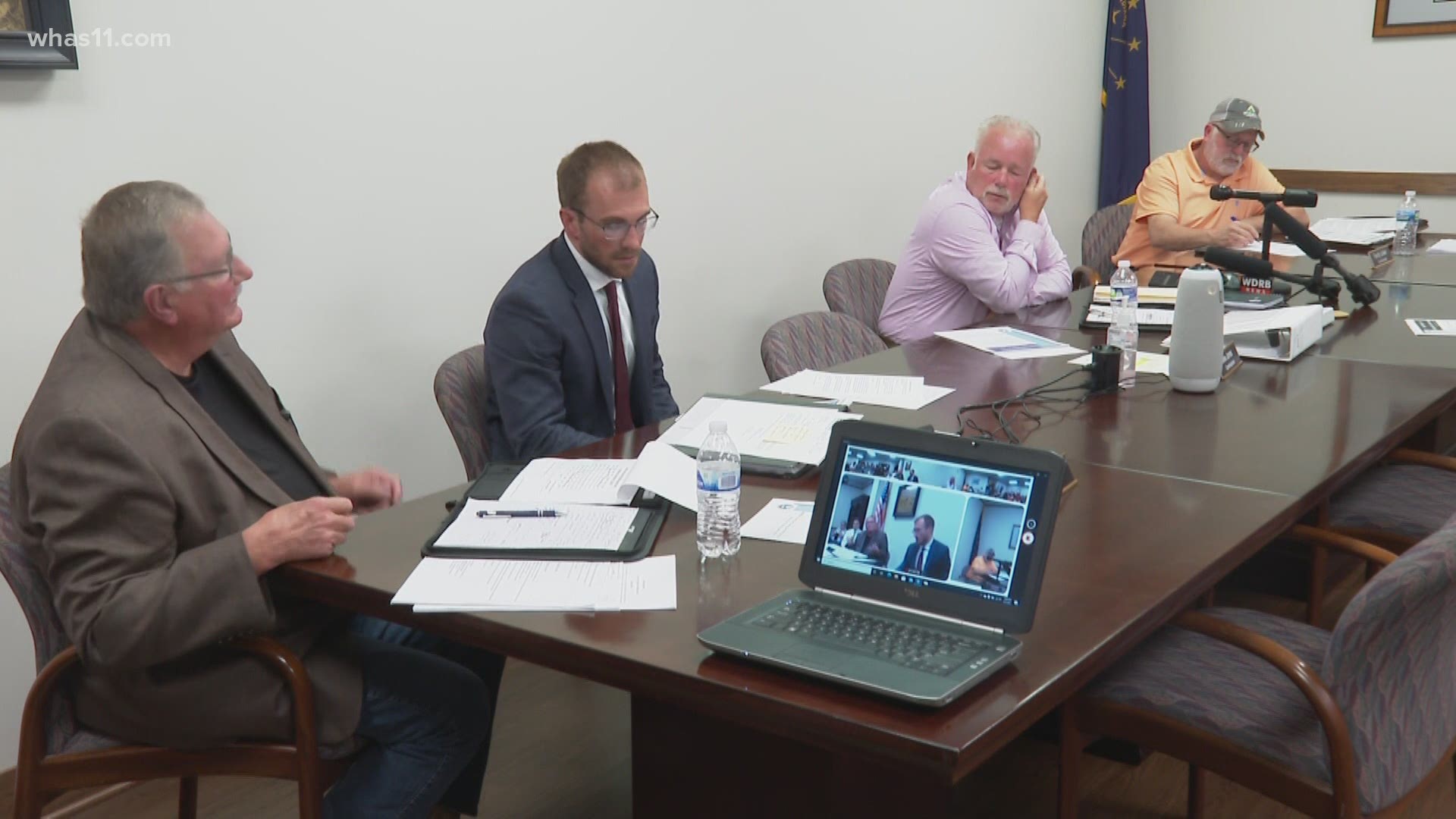 SCOTT COUNTY, Indiana — A needle exchange program in southern Indiana credited with slowing down a major HIV outbreak in Scott County will soon come to an end.

On Wednesday evening, Scott County commissioners voted 2-1 to end the program which provides access and disposal of sterile needles, naloxone, recovery services and other medical services.

Those opposed to the program argue it causes more harm than good and enables drug users.

Commissioners Mikes Jones, who voted to end the program, said, "I have a hard time handing someone a needle who I know is going to hurt themselves with it."

"Am I concerned about HIV and hepatitis? Absolutely, I am. Very worried about it. But what I'm more concerned about is the people we cannot bring back to life," Commissioner Randy Julian said. He also voted to end the program.

Commissioner John Lizenby was the only one who voted to keep the needle exchange program. He said it's "not a blemish" but "something to be proud of."

Several people who said the program had helped them were in attendance, as well as health officials, advocating to keep the program.

Scott County resident Rick Williams said the program helped save his life and connected him with the resources he needed to recover.

"I probably wouldn't be here. I know I wouldn't," Williams said.

State and local health officials urged the commissioners to vote in favor of the needle exchange program, touting it as a national success story. The program, which was the first of its kind in Indiana, is credited with curbing Scott County's 2015 HIV outbreak which was largely due to those facing drug addiction sharing needles.

County health officials fear the end of the program could spur a rise in HIV and Hepatitis C cases.

"We certainly don't want to take something away and not provide a substitute for this population of patients that need the services so desperately," Scott County Health Officer Kevin Rogers said.

The commissioners set a date of January 1, 2022 for the needle exchange to be phased out, giving the health department and addiction resource workers about seven months to create a new program in its place.

Between now and January, the commissioners want additional mental health resources to be considered, as well as a community center. They said if the January date needs to be pushed back, they are open to doing that. They're also open to bringing the program back if HIV numbers rise again.