The southern Indiana city has been dealing with brown water for years but a new dawn and clear water are on the horizon. 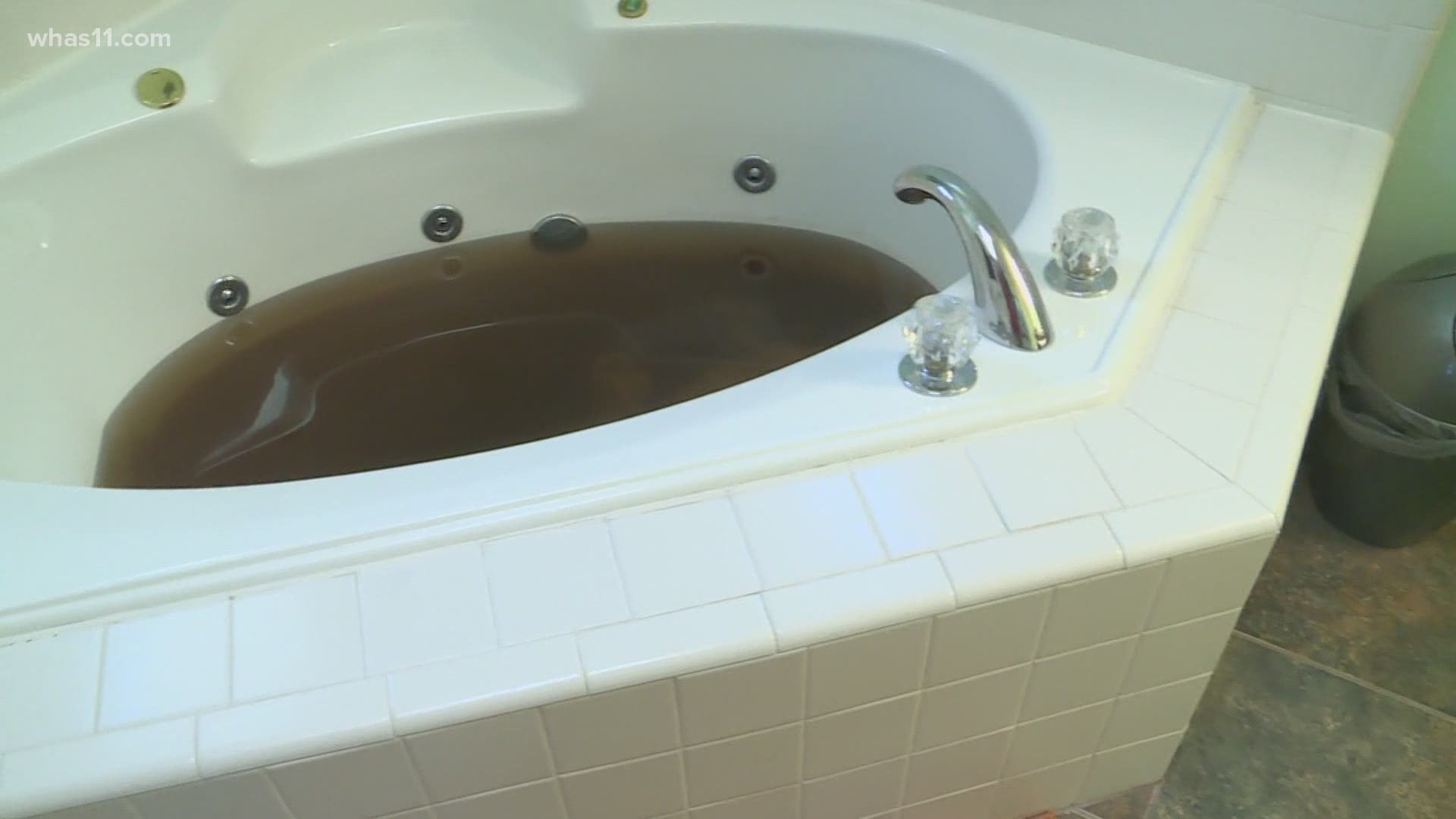 CHARLESTOWN, Indiana — Clear water is a luxury in Charlestown, Indiana. For years, the city has struggled with brown water.

But a new day is coming for Charlestown. Indiana American Water announced it is designing a new water treatment plant in Charlestown. The plant will filter iron and manganese from the area's groundwater source.

It is a relief for residents of the city.

"Just overjoyed. Its been such a long time that we have waited for filtration." said Charlestown Mayor Dr. Treva Hodges.

For residents of Charlestown, the manganese in the water, affects daily aspects of life.

"It is the little things you take for granted, like turning on the tap. Being able to turn on your tap, and get a drink of water, instead of having to stock up on bottled water is huge." she said.

At the beginning of Mayor Hodges' term, a resident gave her a mason jar of dirty water.

She has kept the jar on her desk ever since.

"To me it is a visual reminder that we have problems we are working to solve," she said.

These problems date back decades, and DeAnna Harney has experienced it all.

"The manganese gets in your dishwashers and ice machines. We have had to replace multiple ice machines over the years," she said.

A 38-year resident of the city, Harney says she was excited when she heard the news.

"I was excited, I wish it could have happened a long time ago," said Harney.

Indiana American Water purchased the water utility in March of 2019. According to their President Matt Prine, they have invested $4 million in Charlestown's water infrastructure.

Harney was skeptical at first of Indiana American Water, but she says she now supports what they have done for the city.

In 2019, we talked to Charlestown Resident Micah Mattingly, about his issues with the water system. At that time, his children always had to worry about whether the water was clean enough to bathe in or drink.

Today, he said, he still the same concerns. But with a new treatment plant, he has hope for Charlestown.

"We feel as residents that clearing the water is just one more obstacle out of the way to make Charlestown one of the great Southern Indiana area to attract new residents and new businesses."

"I think it resets the clock on our growth and  development opportunities," said Hodges.

She said she is hopeful that restaurants and other businesses will see that Charlestown will now have the infrastructure to support them.

Hodges said the treatment plant is one part of a comprehensive plan. She said Indiana American Water will work on replacing water lines over the next five years.

Construction on the new facility is set to start this summer with final completion in 2022.

The company is planning to place a mobile temporary filtration unit online April 2020, to provide "incremental improvement" in water quality until construction is complete on the new plant.

At this time, there is not a location set in stone for the new facility.