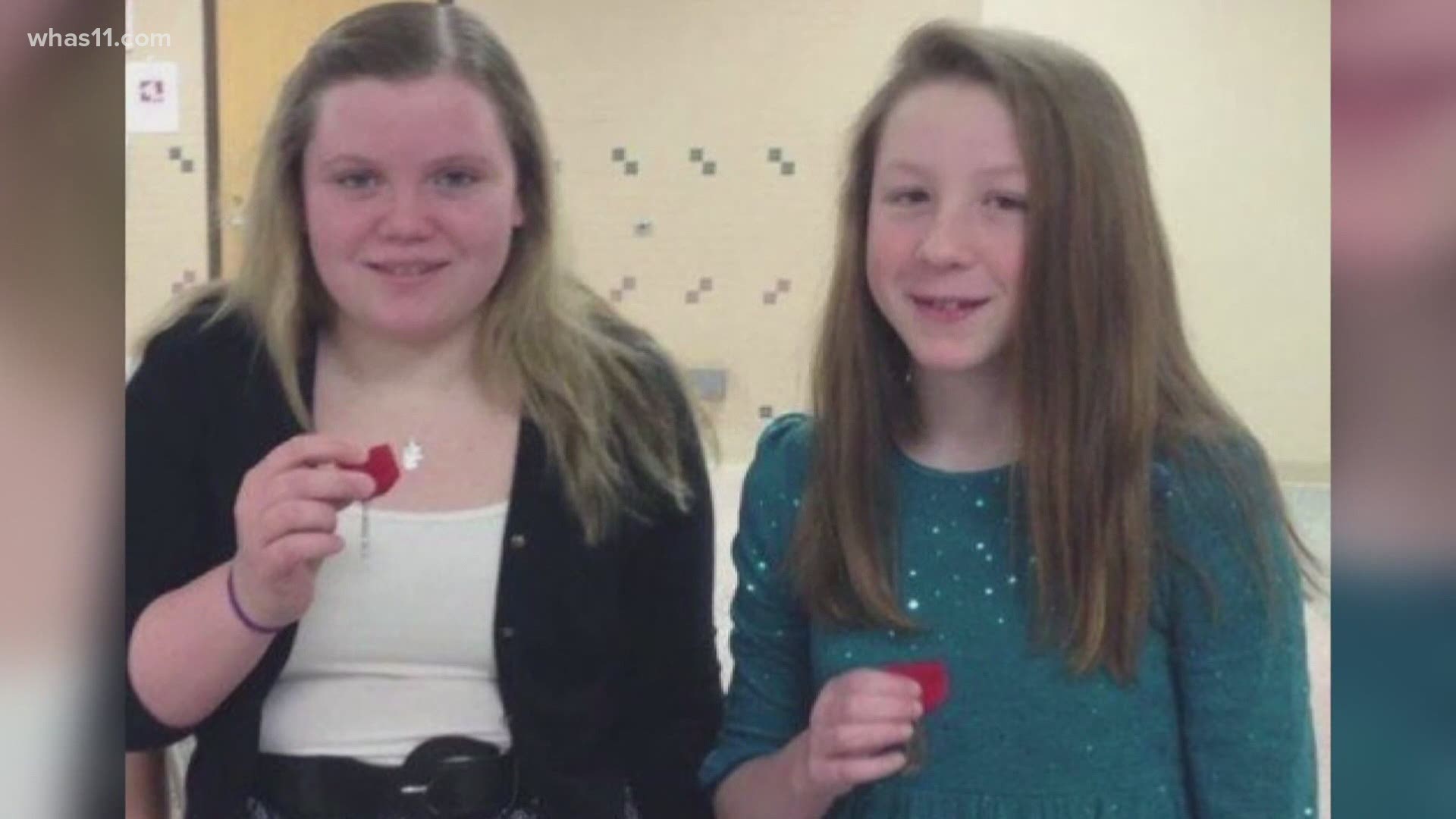 DELPHI, Ind. — EDITOR'S NOTE: The above video is from a February report marking four years since the girls were killed.

An anonymous donor has given a $100,000 gift to the Delphi investigation reward fund to help discover who killed Libby German and Abby Williams in 2017. According to the Indiana State Police, the fund now has a total of $325,000.

Anyone who can provide information to police that leads to an arrest and conviction in the case will receive the reward.

Valentine's Day marked four years since the girls' bodies were found in the woods near the Monon High Bridge. There is still a team made up of Carroll County sheriff's deputies, ISP detectives and other law enforcement officers actively investigating the crime.

In 2019, police revealed a new sketch of the suspect and video and audio clips.

Credit: Indiana State Police
This sketch released by police April 22, 2019, depicts the suspect behind the February 2017 murder of Abby Williams and Libby German in Delphi, Ind. It is considered more accurate than the original released in July 2017. (courtesy Indiana State Police)

The team continues to  investigate tips and leads it is still receiving. Tips should include as many of the following as possible:

Tips can be sent in using abbyandlibbytip@cacoshrf.com or by calling 844-459-5786. If law enforcement needs more information about the tip, they will contact the person who submitted it.

ISP and the Carroll County Sheriff's Department are also asking people not to share side-by-side images of the suspect sketch or photo with people they believe to be the suspect, as they don't help the investigation and can cause damage to innocent people. Police said they will not publicly clear any person until an arrest has been made in the investigation.