Absentee voting in the state will move forward with the same restrictions as years past, forcing voters to have a reason to not vote in person. 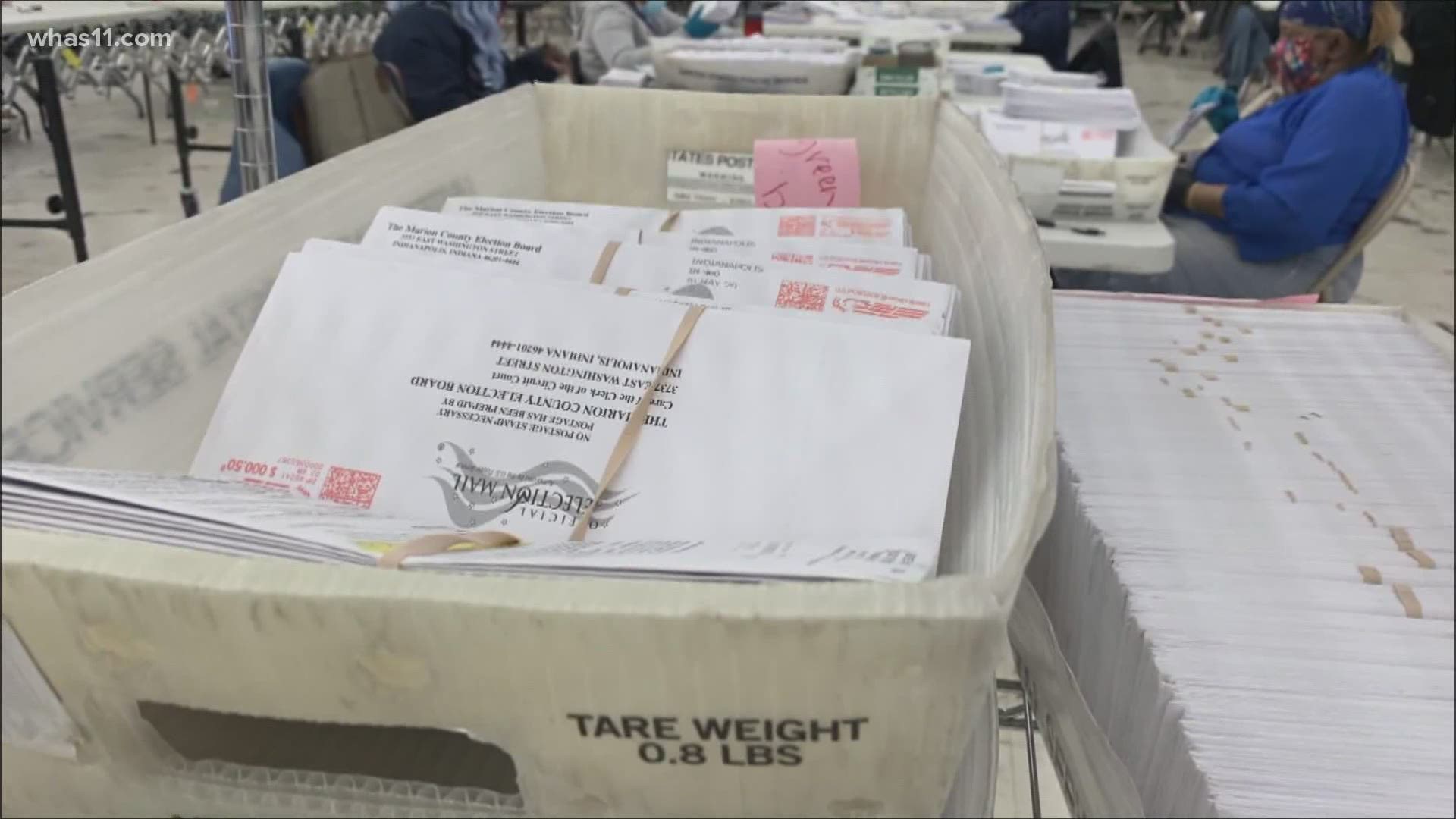 INDIANA, USA — Indiana’s election plan is still in the works, after the state election commission voted down a proposal to expand voting by mail. As it stands, absentee voting in the state will move forward with the same restrictions as years past, forcing voters to have an excuse to not vote in person.

State law says exceptions to in-person voting includes things like being out of town, a disability, lack of transportation or age.

“People in this situation should not have to make a choice between risking their health and exercising their right to vote,” said Anthony Long at the election commissioners meeting.

But not all commissioners agreed, like Zach Klutz, who said, “just because something was agreed upon in March because of an emergency doesn't mean those same factors automatically make this appropriate this time.”

Governor Eric Holcomb has echoed that stance and has previously said that the primary election didn’t lead to a spike in COVID-19 cases.

RELATED: What's happening at the US Postal Service, and why?

That high demand has been repeated throughout southern Indiana counties as well.

“We’ve been getting requests every day,” said Scott County Clerk Missy Applegate. “We’ve already done over 300 so far. That’s a lot so far for us.”

Applegate said she felt expanding access to absentee ballots in the primary election worked out well.

“I kind of thought they would follow through in this November,” she said.

Even if mail-in voting is not expanded in the state, Applegate said she’ll work to make sure every voter has a chance to cast their ballot safely, whether that be through the mail, in early voting or on election day.

“There’s still a lot of choice there for somebody to pick,” said Applegate.

For more information on the reasons to request an absentee ballot in the state of Indiana, click here. Requests for absentee ballots will be accepted through October 22, 2020.