U.S. Census National Processing Center in Jeffersonville crunches data for half the country

Only two locations in the whole country process census data, and one takes up 18 football fields of space in Jeffersonville. 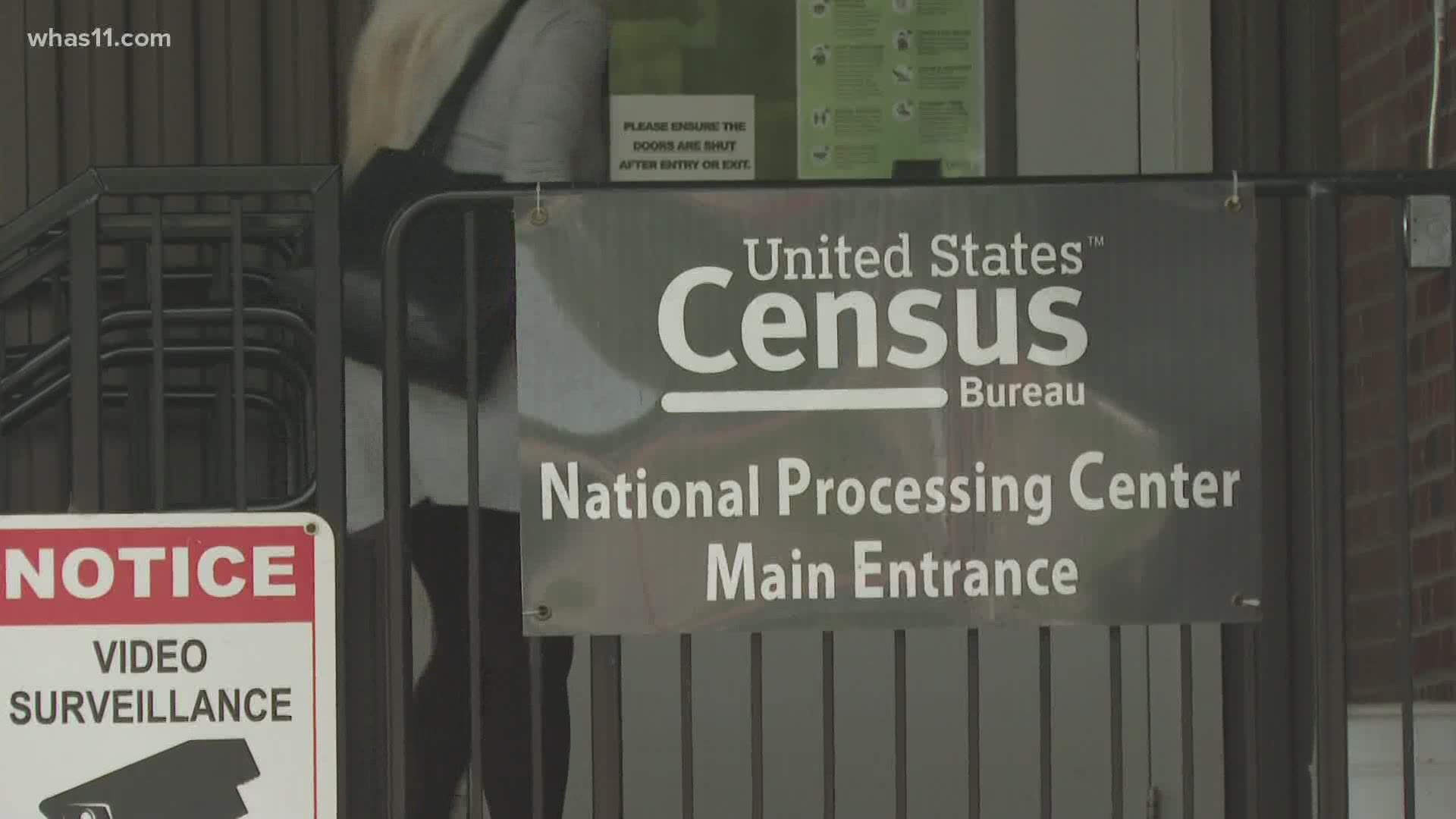 JEFFERSONVILLE, Ind. — You likely know the 2020 U.S. Census aims to count every single person in the country.

But what you might not know, is that so much important work that goes into the census happens right in Jeffersonville, Indiana.

If you’ve filled out the census by mail, your envelope will have a return address in Jeffersonville.

That’s true of half of the U.S. as well. Only two locations in the whole country process census data, and one takes up 18 football fields of space in Jeffersonville.

Mail trucks drop off census forms at the location and the processing begins.

“We take them off and put them on a scanner and extract the forms and actually process the data from the forms,” Public Affairs Specialist Latoscia Mason said. “We scan them, and we key them as well.”

So far 19 million paper census forms have been fully processed and delivered at both the Jeffersonville and Arizona National Processing Centers.

A majority of people in the country have filled out the census online, leading to fewer paper forms this year than 10 years ago.

“We are happy about the internet response and people are actually calling in as well,” Mason said.

There are some hard to count pockets in Kentuckiana that account for those numbers.

“Some of the pockets are places where there is not a lot of internet going on.”

With census counting wrapping up for the year, employees are still working to make sure people across the county are counted with the help of some community partners.

“They are actually just going out and visiting the people who have not completed the census at this point,” Mason said.

Because of the pandemic, the census bureau pushed back the ending of the count from July to October, but when Congress didn’t take up the request, the bureau created a revised schedule that has the census ending in just a few weeks on September 30.

A group of cities, counties and civil rights organizations filed a lawsuit to move the end date back to October, saying an earlier deadline would overlook minority communities.

Recently a federal judge issued an order that stops the census from winding down operations in September, until a court hearing on Thursday.

In Jeffersonville, work isn’t winding down, employees are still focusing on getting everyone counted.

If you haven’t filled out the census yet, you can still call, do it online, send in your forms, or give your information to someone who comes to your door. Your community benefits when everyone is counted.