Immaculate Heart of Mary parishioners say they want their priest, Christopher Rhodes, to be removed. 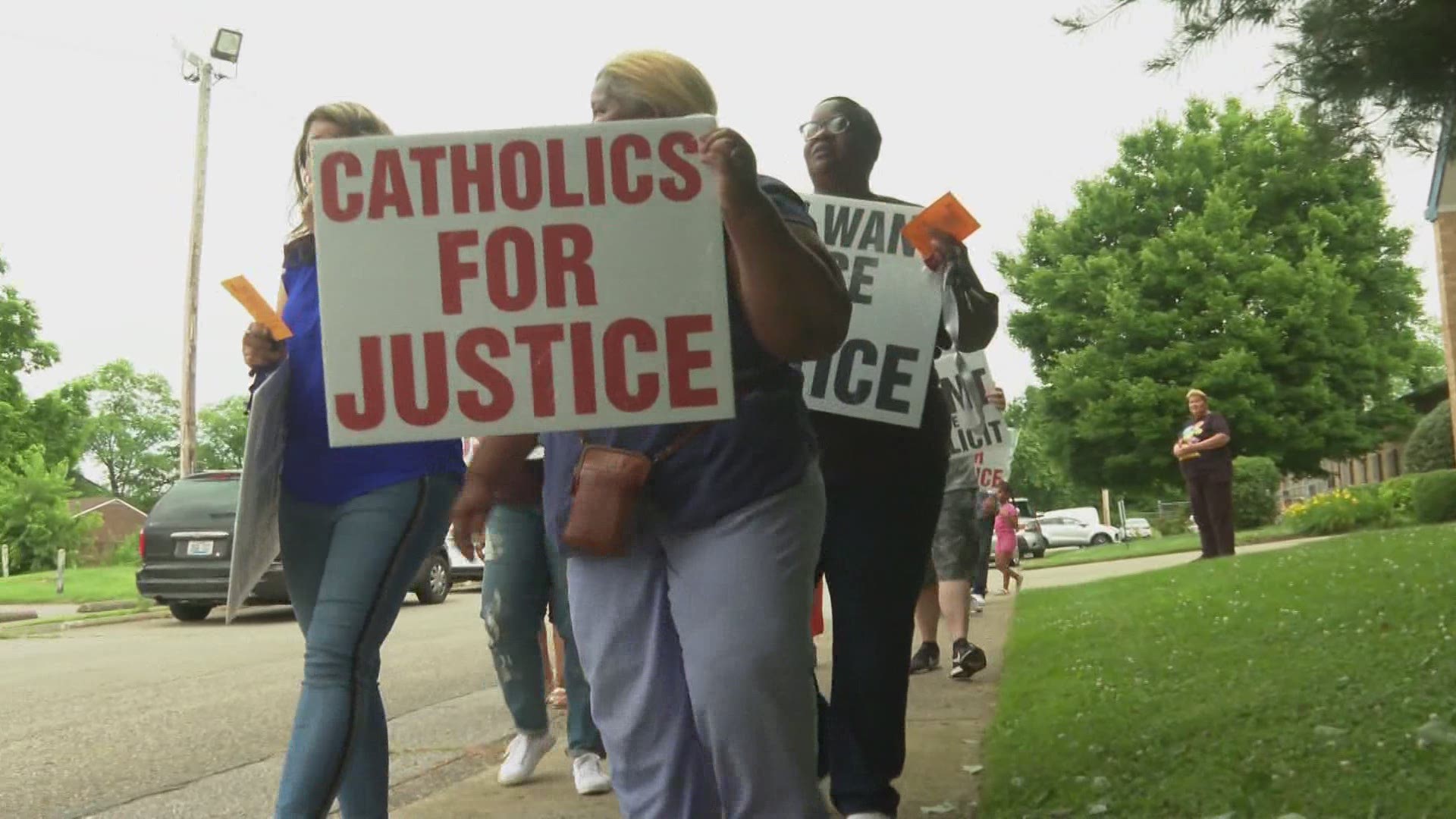 LOUISVILLE, Ky. — A group of parishioners in west Louisville say they're tired of being brushed off by the Archdiocese of Louisville.

They say they want their priest, Christopher Rhodes, to be removed. They expressed concern for his leadership, how he manages the church funds and his behavior.

In the year since the group first spoke with WHAS11 about their issues, they say they've gone to the Archdiocese and nothing has changed.

“Archbishop Kurtz has said to pray about it. Well, we pray all the time. We pray in good times and in bad. So what difference is praying now going to do? When you send us back to the person we're having the issue with, it's just like being sent back to our abuser,” Ashia Powell said.

A spokesperson for the Archdiocese tells WHAS11 leadership has met with the parishioners about their concerns. In a statement they say, "Father Chris continues to express a strong desire to serve his parishes and has worked with the archbishop and vicar for priests on a variety of issues."