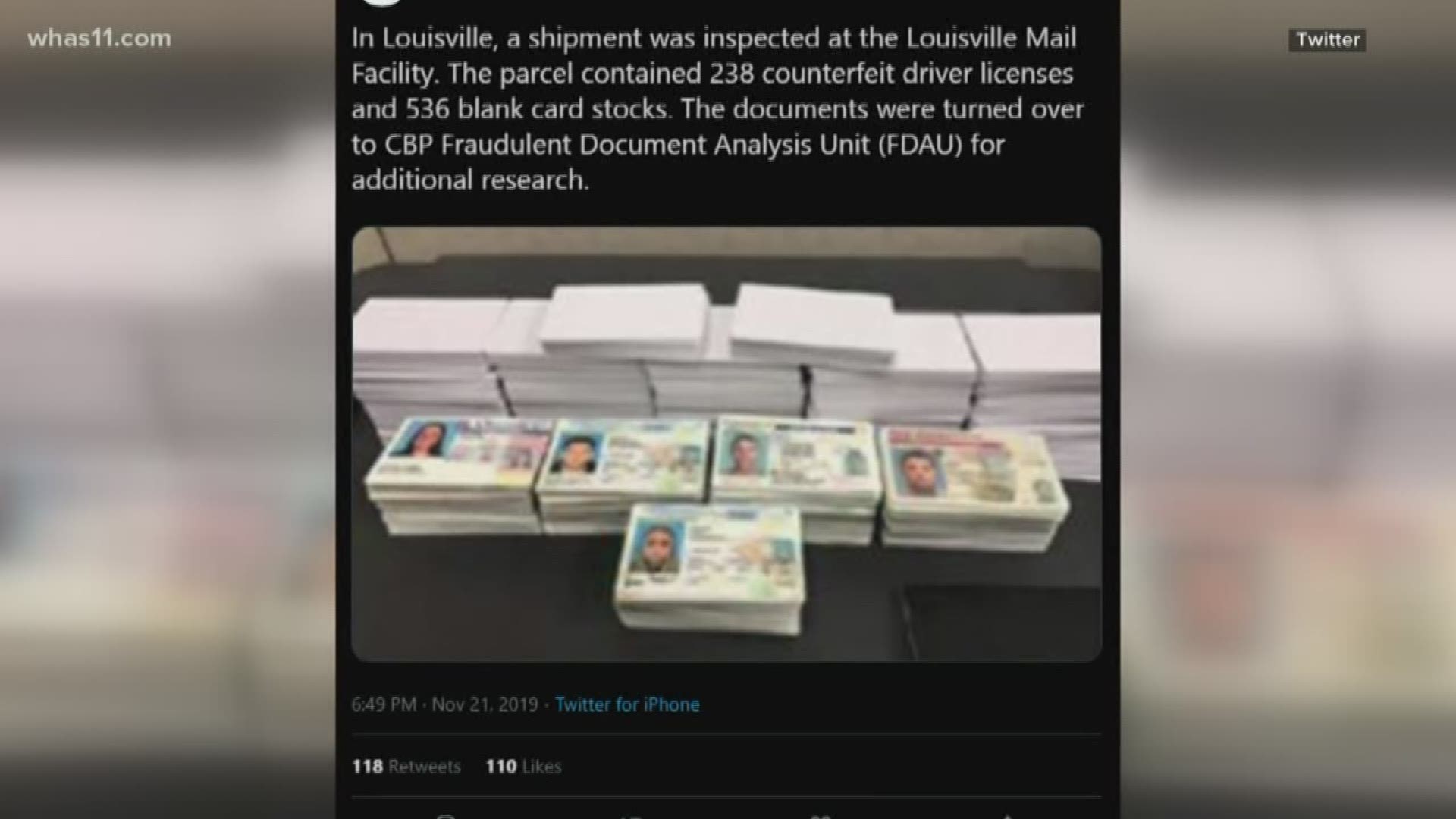 CBP Chicago said via Twitter that the fraudulent ID’s were shipped and went through a Louisville mail facility.

The documents were turned over to agents for further investigation.

No suspects have been named.