How much money would the city save if we cut bike lanes from the budget?

Budget cuts will be inevitable and they won't be easy. The money spent on bike lanes is a common complaint, but would cutting them make a difference? 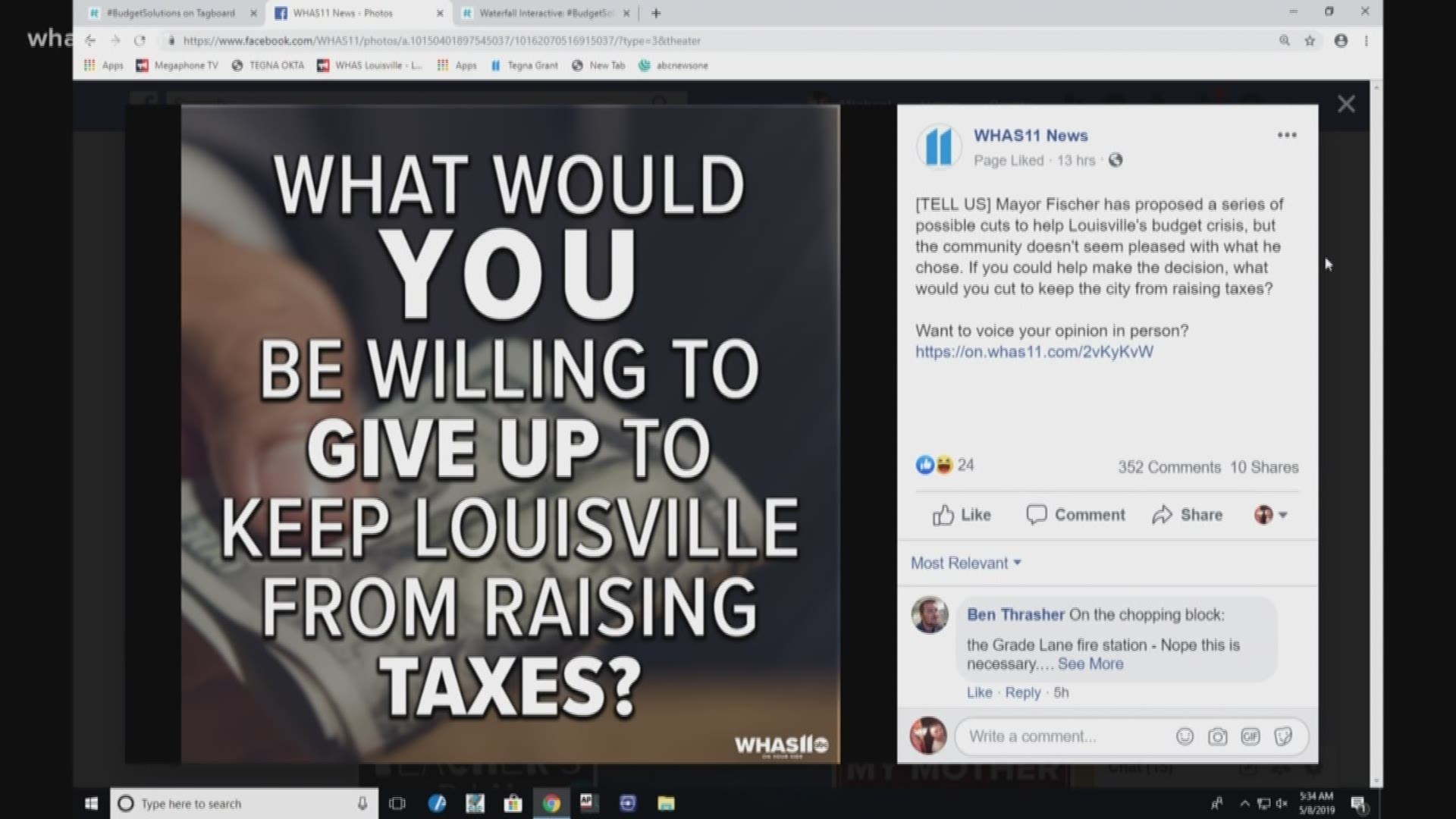 LOUISVILLE, Ky. — Budget cuts are on the line and departments and organizations at risk of losing funding are doing everything they can to change that. Louisville needs $35 million in savings for the next fiscal year, which means something has to go -- but no one wants it to be the program they're passionate about.

Tough decisions have to be made and everyone seems to have an opinion on what should be done. We asked our Facebook audience this question: "What would you be willing to give up to keep the city from raising taxes?"

Hundreds of you weighed in, offering several different viewpoints. Many were more frustrated with city leadership than anything else. However, there was one specific answer that came up again and again.

You probably know that it has been an initiative from the Mayor's office to expand bike lanes throughout the city, but many of you said that this should be on the chopping block.

Fair enough, but we need to take a look at the math.

According to the mayor's proposed budget, bike lanes add up to $400,000. Therefore, that leaves $34.6 million that still needs to be found to solve this budget crisis.

On the mayor's website, he makes his plea for not cutting capital projects like these in order to address the budget crisis. He argues that these cuts are short-sighted since they are mostly one-time investments. Capital projects, which include things like repaving roads and constructing bike lanes, are essential to keeping businesses interested in Louisville. More business interest means more money for the city.

At the heart of it, this debate highlights the point that no budget cut is going to be easy, and someone somewhere is going to be impacted no matter what ends up being picked.

Several of you voiced your concerns to the Metro Council at Tuesday's public budget hearing. If you missed it, there are two more in the next week on Thursday, May 16 and Monday, May 20th.