Restricting indoor group fitness classes was one of the new restrictions that came from Governor Beshear this week. 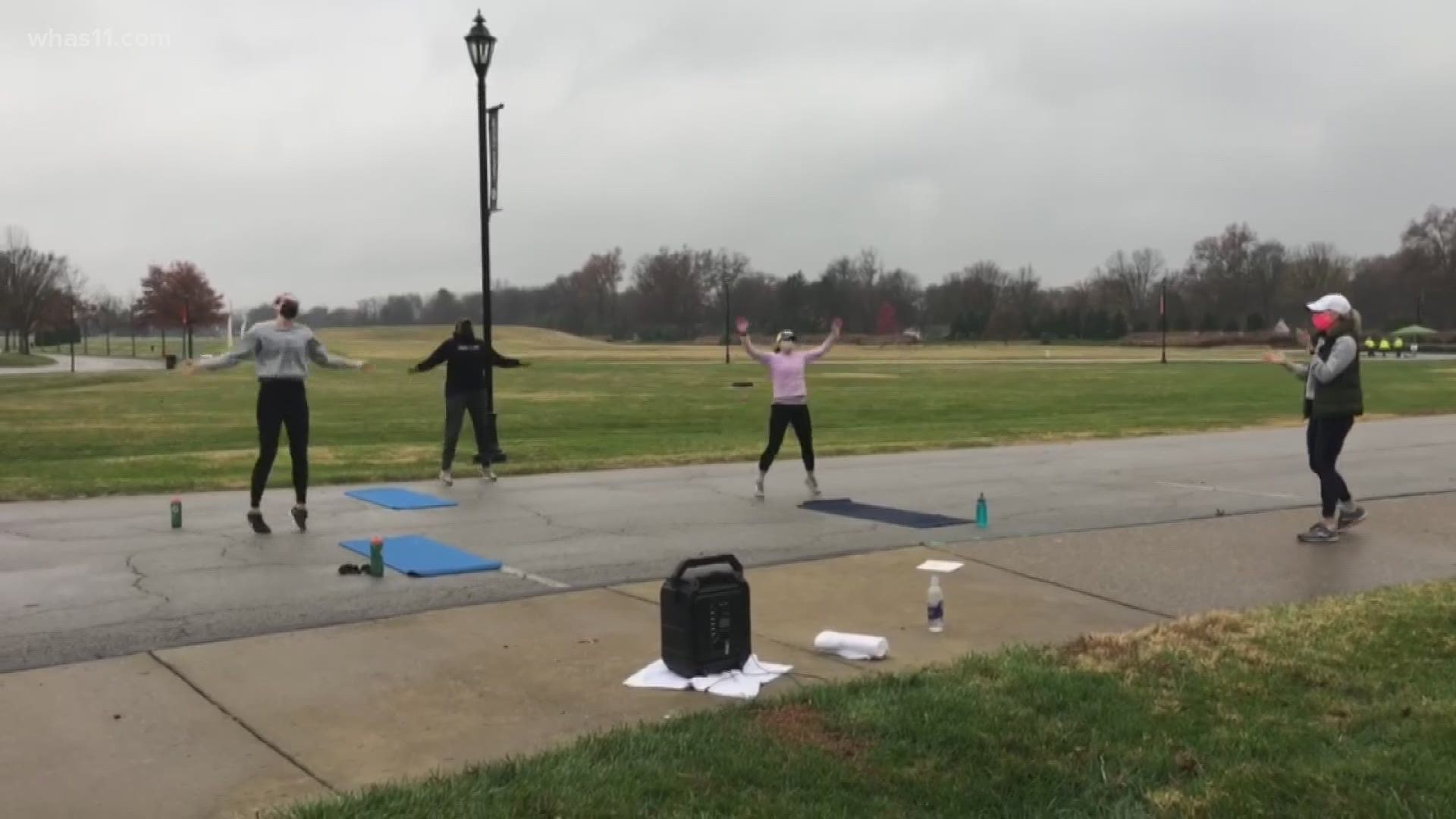 LOUISVILLE, Ky. — Thousands of new COVID-19 cases are sweeping the city and Governor Andy Beshear said it's time to make some real change.

This week, restaurants had to stop indoor dining and fitness centers had to say goodbye to group classes.

Kathleen Brinch, the owner of Shred415 Highlands and Hurstbourne, said they were expecting an announcement like this, so they had a plan in place.

"Initially we were really disappointed about the cancelation of group fitness classes but we absolutely understand that what has to happen has to happen," Brinch said. "So we'll continue to do outdoor classes. When we originally closed, we switched completely to livestream, so we also have that option that will start implementing next week."

In addition to those two options, they will offering a program called "open gym" starting Nov. 21.

"Instead of a group class, our instructors are creating guided workouts that they can follow on their own," Brinch said.

They are providing every opportunity possible to cater to their current clients, and appeal to new ones during this pandemic, but that doesn't mean these changes have been easy.

Shred415 is centered around their classes, so because instructors can't teach, they are taking on new roles and helping out in different capacities.

Brinch said she's keeping a positive attitude and hoping they can open up their classes in just a few weeks.