The two people who lived in the home were able to get out safely thanks to their smoke detectors, which were installed recently. 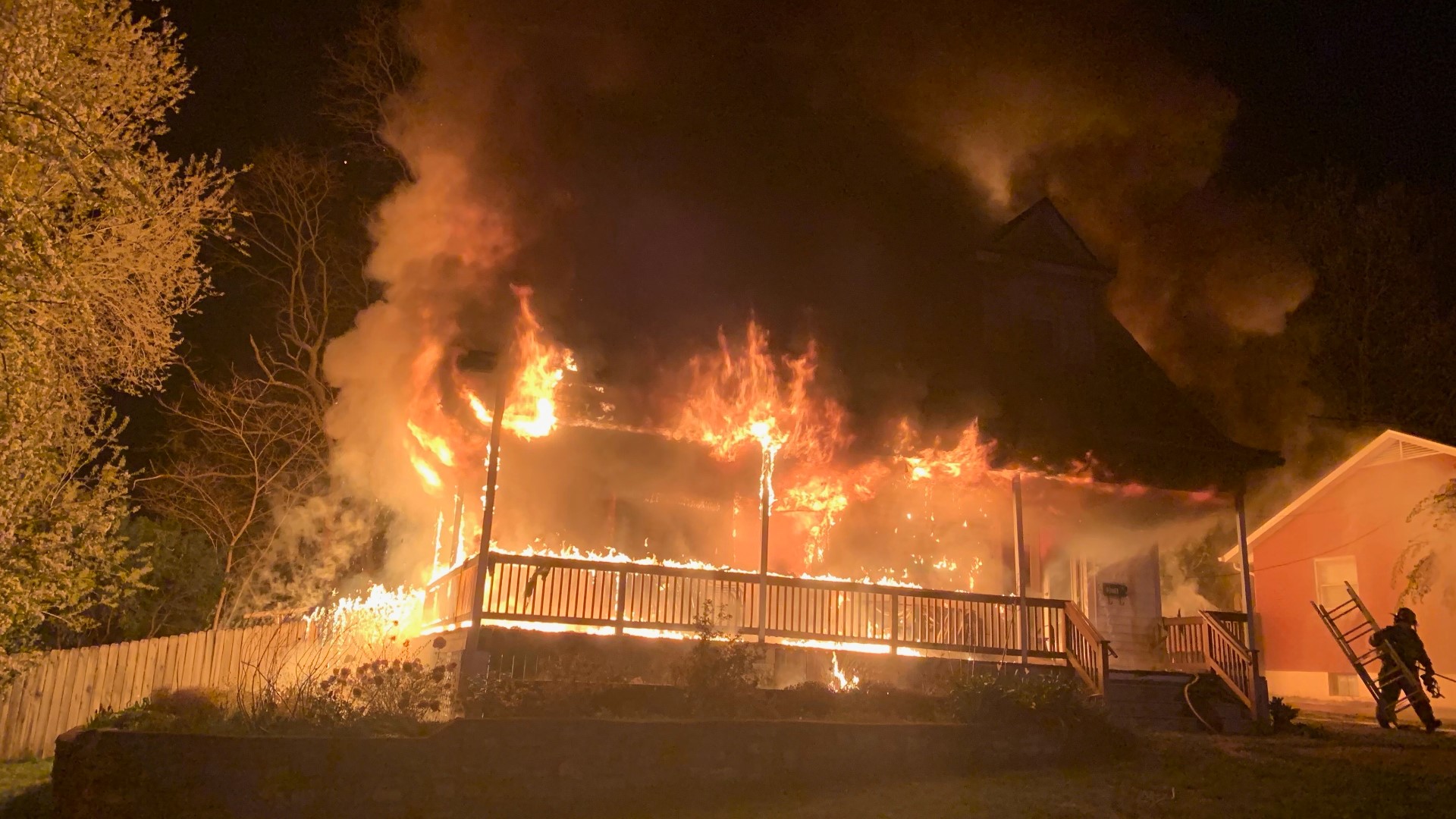 LOUISVILLE, Ky. — Investigators are looking into what caused a house fire in the Audubon neighborhood early Tuesday morning.

Major Bobby Cooper with Louisville Division of Fire said crews responded to a fire in the 3000 block of Greenup Road around 5 a.m. They arrived in about four minutes at the three-story Victorian-style home, which Cooper said was "fully involved."

The two people who lived in the home were able to get out safely thanks to the smoke detectors they had recently installed.

Cooper said the fire may have started in the back of the house in what the owners called their "craft room" but the cause of the fire hasn't been determined yet.

Major Cooper said the house, which was more than 100 years old according to the homeowners, is likely a "complete loss."

Crews will remain on the scene throughout the day to put out any hot spots. Due to the size of the fire, arson investigators are at the scene as well.

According to Cooper, around 30 firefighters in six vehicles responded to help put out the fire. The carport also collapsed, destroying the two cars inside.

No injuries were reported.

Several tenants were displaced from a condo complex near Six Mile Lane after a large fire Monday afternoon. Firefighters from Jefferson County Fire Service were able to put out the fire in about 30 minutes.

All occupants of the building got out safely and one dog was rescued.